Combined Nomenclature & the Contradictions in the EU Regulations

In this article, we discuss the outdated legal framework of the combined nomenclature and the contradictions in the EU regulations. 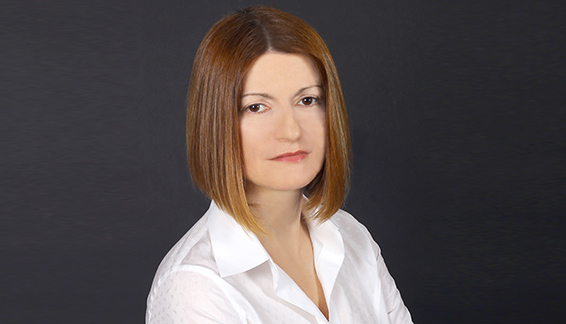 Svetlomira Zhelyazkova touches on her knowledge of customs law, and the changes she has witnessed in recent years.

I’ve worked within Customs Law for nearly two decades and during this time, I’ve witnessed a number of regulatory changes aimed at creating uniform policies and processes across all member states of the European Union. Customs Law is in the midst of a revolution, but not all legislative amendments in the past few years have had a positive impact. A number of the EU’s policies and regulations are ambiguous or difficult to understand by member states, which often requires consulting the European Court of Justice for an interpretation of a specific law they’re struggling with. However, because the Court in Luxemburg is absolutely swamped with such cases, the wait for a preliminary ruling could be endless. All of this raises concerns about the quality of EU legislation.

. Experts who deal with customs are the only people who know that in the Common Customs Tariff (which is a normative act), there’s no mention of ‘diesel fuel’.

A few years ago an updated Community Customs Code came into effect – a Code which was expected to modernise and simplify old customs rules and processes. However, this didn’t seem to be the case. The key updates mainly related to customs authorities, who were now given more rights and more time to make Community-wide decisions, notably with regard to authorisations. It also consisted of a number of general formulations which could allow for different applications and interpretations of customs legislation. In the meantime, a lot of outdated concepts and clauses that no longer corresponded to present-day practices were not updated and can still be found in the current Community Customs Code.

As a lawyer who has worked on numerous customs court cases throughout my career, I’d like to use ‘diesel fuel’ as an example of a commodity which is quite interesting to touch on. Experts who deal with customs are the only people who know that in the Common Customs Tariff (which is a normative act), there’s no mention of ‘diesel fuel’. This type of fuel comes under the ‘gas oil’, category. The main difference between the two is that gas oil doesn’t come in different variations, while diesel fuel comes in a ‘summer’ version for places with moderate climates and ‘winter’ version for arctic or severe winter climates. The requirements that need to be met by diesel fuel are laid out in EU regulations and directives which form the European Standards that suppliers are legally obliged to comply with.

This is where the problem lies – on the one hand, the ‘updated’ Community Customs Code defines gas oil only by taking into consideration its distillation characteristics, while according to European standards, there are a few different types of diesel fuel which in some cases don’t meet the characteristics of gas oil.

Complications start arising when we look at ‘winter diesel’ which is intended to use when the weather is cold. Diesel fuel doesn’t agree with the cold, because the paraffin in it crystallizes at low temperatures, or when it gets colder than -20С0 to be precise. This crystallization could be avoided by adding specific chemicals in, which allow the diesel to flow through the fuel filter and turn it into ‘winter diesel’. These chemicals, however, make the blend’s parameters very similar to gas oil’s parameters (outlined in the Common Customs Tariff), which makes distinguishing ‘winter fuel’ from gas oil very difficult.

In the Combined Nomenclature, petroleum products are distinguished according to their distillation characteristics and to do that, up until four years ago, the EU was using American standards published by the ASTM (American Society for Testing and Materials) in 1976, as well as their study methodology. In March 2015, for the first time, the Combined Nomenclature mentioned its new European standards – ISO 3405, which were indicated as the EU equivalent of the ASTM standards. Despite the cosmetic changes in the explanatory notes, the standards do not provide comprehensive definitions of the different petroleum products. The different types of diesel fuel are defined in standard EN 590:2013 pursuant to DIRECTIVE 98/70/EC OF THE EUROPEAN PARLIAMENT AND OF THE COUNCIL of 13 October 1998 relating to the quality of petrol and diesel fuels, according to which: “the Common Customs Tariff definition of gas oil may not apply to the grades defined for use in arctic or severe winter climates”.

This is where the problem lies – on the one hand, the ‘updated’ Community Customs Code defines gas oil only by taking into consideration its distillation characteristics, while according to European standards, there are a few different types of diesel fuel which in some cases don’t meet the characteristics of gas oil. One thing worth mentioning is that in Bulgaria for example, our Armed Forces, as well as the NATO forces in the country, use the type of diesel fuel which is ‘defined for use in arctic or severe winter climates’ because the temperatures in winter could drop to below -20С0 and the use of this type of fuel guarantees that it won’t freeze when the weather is that cold. This means, however, that sometimes a laboratory test cannot detect distillation that meets the characteristics of gas oil, even though all other indicators show that the fuel is diesel.

Issuing  Common Customs Tariff which is not compliant with the new normative acts is simply not acceptable.

The European Court of Justice has ruled that in order to be classified and tariffed as gas oil, a commodity needs to meet the distillation characteristics stated in the Combined Nomenclature, even if it meets the EN 590 standard’s requirements relating to gas oil defined for use in arctic or severe winter climates.

Even if the above standard (which was commissioned by the European Commission) is not a normative act, the EU directives and regulations based on which it’s been passed regulate the type and grade of diesel fuel, using not only the distillation results, but also a number of other indicators distinctive for this specific type of fuel, which are taken into consideration when determining the commodity category.

The question on everyone’s lips is: Why is the EU using different names to refer to the same commodity? And the answer to that question seems to be quite simple – it looks like the European Commission doesn’t see the need for developing new criteria for distinguishing the different types of fuels, based on tests that are more precise and meet European Standards as well as recent and up-to-date guidelines. If this is too labour-intensive, the Commission could at least introduce diesel fuel with its distinctive characteristics as a concept in the Common Customs Tariff. Because of these outdated methods, all diesel fuel in Bulgaria, which meets the EN 590:2013 standard’s requirements and is defined for use in arctic or severe winter climates, must be declared as kerosene but sold as diesel, which is impossible under the current regulations.

Mobility scooters are another commodity that faces similar issues. The laws are so outdated and ambiguous that the Court of Justice has over time issued two separate preliminary rulings regarding the correct way of tariffing them. Despite these rulings though, customs authorities are still recognising and tariffing them as golf carts, including scooters designed for people with restricted mobility. They believe that this is the correct way of tariffing mobility scooters because of their separate steering column, ignoring the fact that the Court’s put them in a separate category due to their purpose to help disabled people.

One way to fix this would be to add a tariff number in the Common Customs Tariff which corresponds to mobility scooters for disabled people with a separate steering column. And although this is something that could easily happen in the UK, Bulgaria and a number of other member states would struggle to implement it due to the fact that in these countries, customs authorities tend to make their own tariff decisions, which in turn could lead to challenging these assessments in court.

The list of similar cases that illustrate the outdated and open to numerous interpretations Customs Law goes on. EU lawmakers need to keep up with the rapidly changing times we live in, the European Commission needs to update its legal framework and ensure that all regulations are coherent and uniform across all institutions and policies. Issuing  Common Customs Tariff which is not compliant with the new normative acts is simply not acceptable.

Keep your eyes peeled for Svetlomira’s next article for Lawyer Monthly which will explore how customs authorities use (and abuse) their powers.

The Pitfalls of Compulsory Mediation: Trust Your Lawyer