Can You Have a Career in Law without Going to University?

Lawyer Monthly has spoken to Michael who has spoken about his unconventional route into law. With university fees rising and being an unrealistic decision for some, Michael speaks on how becoming a legal executive can be the alternative path into law for some. 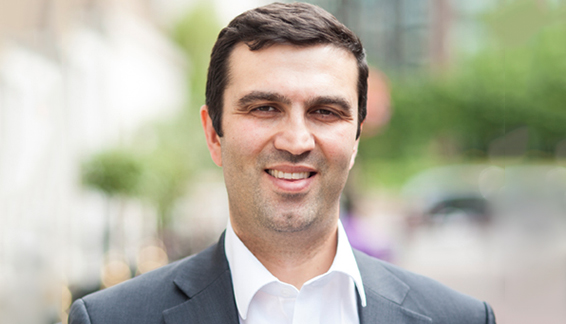 Michael Shapiro had never really thought about becoming a lawyer. He left school with only one O-level and decided to find work instead of academically progressing. When he was first hired as an office junior at GSC Solicitors in 1988, he had little idea of what career he wanted.

30 years later, Michael is now an equity partner at the very same firm, but how did he get there without going back to school to get those O-levels he needed for university?

What was your main motivation for specialising in law? What ‘turned’ you?

My role as an office junior progressed and I was soon acting as an outdoor clerk, issuing and reading documents which gave me a better insight into what the legal industry was like. That, coupled with all the addictive legal TV programmes, made me wonder if this industry was for me. I have also always been stubborn and argumentative which works well to a lawyer’s advantage. Maybe it was always destined for me, but my initial role at the firm was what gave me the insights for me to decide that this is what I wanted to do.

Choosing to become a legal executive, enabled me to kill two birds with one stone, which is why I think it put me in better stead.

Putting in the hours during the day and studying at night; did this prepare you for the life of law after qualifying?

It does prepare you for the masses of workload the legal industry throws at you. By choosing this path, you are not only learning the law and the practice behind the law at college, but also simultaneously applying it to real life, fully immersing yourself in the practicality of it all; there is a connection to what you are being taught and how it applies.

I do find that those who come to do their training contract with us, don’t always understand how to practically apply what they have learnt, regardless of how they flourished academically. Choosing to become a legal executive, enabled me to kill two birds with one stone, which is why I think it put me in better stead.

Who do you think should opt for the legal executive route?

If you are very academic and you have your A-levels and you can afford university, then chose the conventional route. When you take the path that I have taken, there is a slight stigma to it. Even though I was just as capable as the person who read law at university and had completed their LPC to become a solicitor, I was merely a ‘legal executive’ in some people’s eyes. You often feel second class, and although this negativity has changed over time, the stigma is still underlined until they are fully aware of your ability. However, there will always be people, like myself, that may not do well in school, or cannot go to university; I would advise them to go about it this way, they can become a paralegal and do the job, earn some money on the side and be exposed to the industry. For people in such a situation, becoming a legal executive is the perfect route.

What challenges did you face, going from having no A-levels, to advancing your legal career?

It was the stigma behind being a legal executive, which was the biggest hurdle; a lot of my peers went to university, whereas I chose to work. I don’t regret that decision at all, but a big hurdle you have to overcome is the fact that you are competing in the market with those who went to Oxford or Cambridge and those that went to university. On paper, they are the people that employers are looking for and want to hire. Employers look at legal executives and won’t want to pay them the same and may not treat them the same, regardless of them being just as qualified and able as those who followed the more conventional route. You have to accept that these hurdles will come your way and you have to battle them.

For people in such a situation, becoming a legal executive is the perfect route.

How do you think your path into the legal sphere works towards your advantage?

From the day I started my course and working in an office, my experience in the legal sector had started. I had been in employment for a lot longer than most people. I have now been at this firm just over 30 years and I think that the path that I took taught me the ways of the world and how the business environment works; you can’t get that experience when you go to law school for four years.

You qualified law in an unconventional way, can you share tips for the younger generation who may be intrigued in following a similar path?

The best tip I can give: if you have the opportunity to go down the legal executive route, take it, but be prepared for having to deal with hurdles and the aforementioned stigmas. Fight your corner, be tough and keep battling on no matter what. Don’t let anyone treat you any less than those who have entered the legal sector in the conventional manner. Don’t be discouraged; I hated studying in school, but I chose this path because it was my decision, so go for it, if you think it is what you want.

Never settle too early and if you are going to bluff, be prepared to have your bluff called.

How did you get over the stigma and negativity you faced?

By standing up for myself. It is as simple as that. Don’t let alone tell you that you are incapable of doing something. In all honesty, whenever someone would underestimate me, it would motivate me to try even harder to prove them wrong.

Finally, what way is best, for you to ‘complete the deal’ for your clients?

It is a question of standing tough when you need to. Never settle too early and if you are going to bluff, be prepared to have your bluff called. I always find that there comes a time in any negotiation where you have to stick to your guns and make the other side think that the offer on the table is the best it will ever be.

Michael started at GSC in 1988 as an office junior. He commenced studying for the legal executive exams in 1990 and qualified as a fellow in 1997, during which time he became an established member of GSC’s litigation team. In 2004 Michael was appointed Head of GSC’s Commercial Litigation Team.

GSC Solicitors is a Legal 500 recommended London City-based commercial law firm with 12 partners and over 40 staff. They advise companies of all sizes and private individuals on their business and personal legal and commercial issues. Their clients include entrepreneurs, small and medium-sized family and privately owned businesses, publicly quoted companies, major institutions, significant families and private individuals in the UK and overseas.

How to Tackle the Challenges of Family Law