What Should You Do if You Think Your Business Is Failing?

Business turnaround and restructuring is shrouded in myth and fear, much of it at the behest of those that profess to offer a specialist service to businesses in trouble. 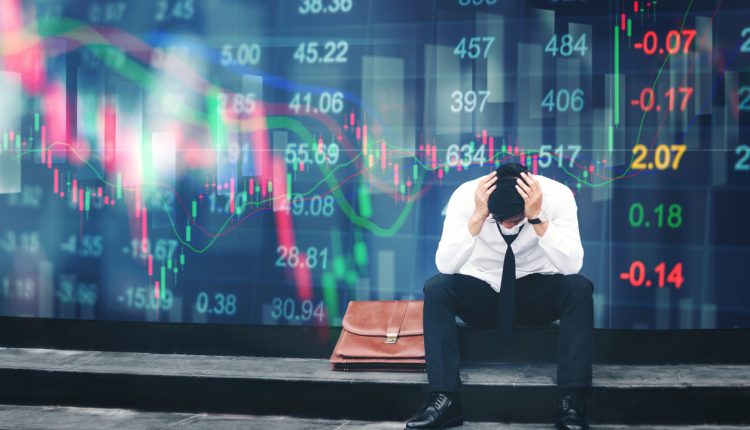 However, the plain truth of things is simply that most SMEs get into financial trouble either because they aren’t selling enough of their products, whether those are widgets or professional services, or because too much cash is being taken out of the business by those that own and run it. Sometimes it’s a combination of the two, however, having a realistic grasp on what is happening and why, is essential to survival.

Usually it’s the cashflow difficulties that are the first sign that things are not going according to plan and for most small businesses, this may become a daily trading reality as owners start delaying on payment of invoices, which means effectively borrowing from company creditors to finance debtors.

Whether this state of affairs is a consequence of a decline in market share, failure to ingather outstanding fees or a falling profit margin, it shouldn’t be allowed to become the operating norm, and should be seen for what it is: it spells danger.

Discussing the state of a business with an owner always involves a degree of sensitivity, as in many cases personal pride and a hardened resistance to change are important cultural factors to overcome if change is to be implemented.

To use a metaphor borrowed from a medium sized engineering business I helped a few years ago: ‘that grinding sound you hear when you’re changing gear, usually means there is a lack of oil in the engine!’; however, putting more oil in the engine is not always the answer, as a structural problem can easily be disguised by a cash injection or lender recapitalisation and the problem is simply kicked further down the road, waiting to happen again. Exploring where the problems originate from as soon as they crop-up is obviously the sensible option, but it’s one that not many SME owners are willing to take, preferring to think that it’s just a bad month and that things will get better. So, asking why the engine is burning so much oil, as opposed to where we can get more of it, is my preferred approach.

Discussing the state of a business with an owner always involves a degree of sensitivity, as in many cases personal pride and a hardened resistance to change are important cultural factors to overcome if change is to be implemented. Whilst all businesses experience ups and downs in performance, a restructuring consultant can provide an independent overview of not only how things stand, but why they are that way, and sometimes, those results surprise everyone.

With smaller businesses, my experience has always been that the rules of big business models don’t necessarily apply – whilst the idea is for all businesses to make money, big players do this in very different ways to SMEs and there are different drivers and expectations which apply. Whilst there are all sorts of management and restructuring procedures, stress tests and KPIs which will give you a mathematical certainty regarding a businesses’ performance; there is nothing like spending a morning on the shop floor or at office phones, talking to the secretaries and looking at which type of cars the directors drive, to give you a real appreciation of the business, its culture and ultimately, its problems.

As a business owner, if you find yourself two days away from the month-end and you don’t have enough cash to pay the wages, you’re probably looking at initiating one of the formal insolvency procedures

Sometimes with SMEs, the cashflow fix is simple, in that by reducing overheads, cutting salary and requiring some flesh in the game from key players, people suddenly become invested in the company’s future; but this also means opening -up, letting go and ceding control, which is never easy for business founders and in-with-the bricks management. Financial stability and a sustainable future are great soundbites, but in today’s economy with all of the difficulties caused by a very complicated trading environment, for most SMEs the end game is clearing the month.

As a business owner, if you find yourself two days away from the month-end and you don’t have enough cash to pay the wages, you’re probably looking at initiating one of the formal insolvency procedures, as aside from anything else, a number of the director’s duties are engaged with cashflow solvency and balance sheet solvency tests will now come into play. If you are at this stage, then the chances are that the warning signs have been ignored over a fairly prolonged period and there is little that can be done to salvage matters, except to enter into a formal insolvency procedure.

In such an event, restructuring options, such as administration, becomes the obvious choice, and taking the advice of the administrator then becomes a legal obligation. Here, the administrator operates the Company on behalf of the creditors and looks to salvage as much as possible with a view of enabling the company’s survival.

However, acting early enough and being armed with the information necessary to save a business is not always enough

However, if you are constantly bumping the overdraft limit and your loyal receptionist is pretending that you aren’t in the office to take that creditors call, and yet you’ve miraculously still have a loyal customer base, then there might still be time to do something positive; in this scenario in order for an effective turnaround to take place, you have to create a degree of breathing space – both fiscally and mentally -, and procedures such as the company voluntary arrangements (CVAs) can provide the much needed time to reorganise debt and think about whether you, as the owner, really want to keep going.

Surprisingly, the use of moratoriums in CVAs aren’t that common and until the Court of Appeals decision in the JCAM case[1], the use of Net Operating Income (NOIs) to buy a bit of time was the preferred route for business owners to obtain some space to consider their position. Whilst it still remains an option in the right circumstances, any proposal to appoint an administrator now requires to be made with a “fixed intention” to follow it through, and so what will happen as a consequence of this decision still remains to be seen. Being able to read the danger signs of a troubled business is not always easy when you are in the middle of it and for many directors under pressure, seeking professional assistance seems to be a waste of scarce resources when there are bills to pay. However, acting early enough and being armed with the information necessary to save a business is not always enough; directors must not have acted unreasonably in terms of their legal duties, as having the resource of an experienced adviser is hopefully a massive cost saving to the business in the longer term.

If a rescue is to be effective, a business must embrace change.

There is obviously life after restructuring, and one might only hope that the lessons of the past will help shape a brighter and more sustainable future for all concerned.

If a rescue is to be effective, a business must embrace change. The old ways evidently did not work, and a new vision is required. Change must not only be seen to occur, but actually has to occur; overcoming engrained cultural resistance at Board level is often too difficult, as the fabric of a business is at times so tightly interwoven with the personalities of its founders or Board members that in attempting to separate things out, the inadvertent result is simply to unravel the entire venture.

In such circumstances the obvious answer is selling to someone who is willing to change the way the business works or in the alternative, allowing an administrator to deal with matters effectively, however, the costs of this process will inevitably mean that few pennies in the pound will see their way back to creditors.

Niall is currently Consultant Legal Counsel at England Palmer Solicitors, Guildford and London, and advises clients in relation to all aspects of international commercial litigation, corporate restructuring, arbitration and cross-border dispute resolution.
In his spare time, Niall is also a rock and ice climber, ski- tourer, qualified mountain and ski leader and BASI trained Alpine ski instructor.
Niall is also a member of the European Regional Forum for Barristers and Advocates of the International Bar Association, as well as the Institute of Chartered Accountants of England and Wales Insolvency and Restructuring Group.

Niall is the winner of the 2019 FM Restructuring and Insolvency Lawyer of the year award.