On 8 February Justice Secretary David Gauke announced that no-fault divorces are to become law in the UK; something to really celebrate for many people faced with undergoing the often emotionally-distressing process of separation. 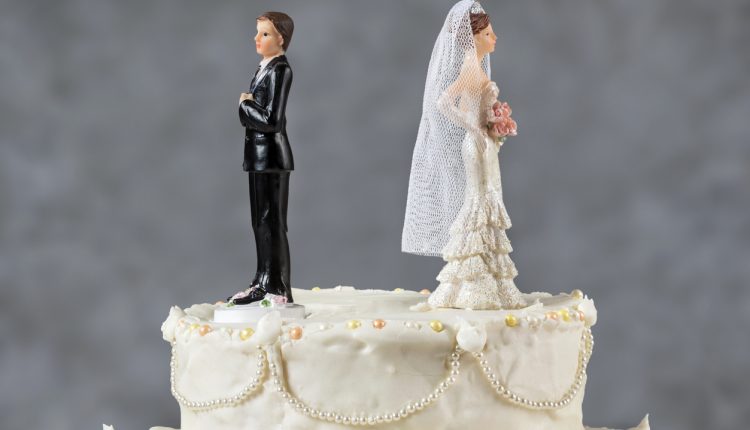 According to Zahra Pabani, divorce partner at law firm Shakespeare Martineau, under the new changes, couples will no longer have to search for proof of a partner being at fault or consent to be separated for two years before the divorce being granted.

Currently, a couple must be married for a year and a day before they can apply for divorce. If after this time there is a desire for divorce, either partner can file for it, but only if certain conditions are met. Either the marriage must be past repair due to adultery, unreasonable behaviour, desertion or having lived separately for two or more years – if both parties agree – or the couple must agree to live apart for more than five years.

This has been the law in England and Wales since 1973 and in comparison to other approaches in jurisdictions around the world, the UK seems extremely outdated. For example,Sweden has had no-fault and mutual divorce law since 1973, putting them a step ahead from the very moment the current UK law came into being.

Sweden has had no-fault and mutual divorce law since 1973, putting them a step ahead from the very moment the current UK law came into being.

Calls to modernise divorce law in England and Wales have been going on for years, with critics from across the legal spectrum pointing out that this outdated approach is ill-fitted to modern society. However, staunch campaigning from policymakers and religious leaders to protect the institution of marriage has slowed the introduction of any changes, until now.

The legislative update is a positive move in multiple ways. Not having to apportion blame for an unreasonable behaviour petition or wait years to be legally separated ends the feeling of entrapment that individual parties often go through when they navigate the divorce process. Partners will no longer be able to refuse a divorce by not consenting to the two-year separation clause effectively ending occurrences of people being trapped in loveless marriages, as seen in the case of Tini Owens last year whereby she failed to pursue an unreasonable behaviour petition.

Hopefully, introducing no-fault divorce reduces the likelihood that couples become enemies. The current system pits partners against each other from the start. As soon as one person disagrees with a term in the divorce, or attempts to stop the application through refusal, they become an obstacle that must be overcome. Fighting and using lawyers as threats becomes part of the process, rather than calm discussion and family mediation. By removing the terms that can create these obstacles, such as blame-finding and agreed two-year separation, the emotional stress and competitive edge can be dramatically reduced.

Hopefully, introducing no-fault divorce reduces the likelihood that couples become enemies. The current system pits partners against each other from the start.

Whilst no-fault divorce may seem like the perfect solution to divorce disputes, like any other change in law it does come with possible risks which should be considered by both legislators and couples engaging in the process.

Those who wish to protect the institution of marriage will likely argue that the new law will make divorcing too easy. Cases of divorce could rise, and people may be less willing to give fixing their marriage a try. However, there are ways to avoid this becoming the case. Keeping the year-and-a-day rule to ensure couples are not giving up on their marriage instantly is one solution. For example, Sweden’s no-fault divorce law has actually seen a drop in divorces between 2014 and 2017 (26,143 to 24,210), proving that it is not a case of the easier divorce is the more it will happen.

This change in divorce law has to happen, not only for the good of the general public, but for the country as a whole. The UK must move with the times, and particularly against the backdrop of Brexit, keeping up with other nations worldwide is essential. No fault divorce has the potential to dramatically reduce the trauma that both couples and their families go through – something that will no doubt be welcomed by those already experiencing the unpleasantness that separation so often brings.