Doing business in Nigeria: What Is the Current Oil & Gas Scene?

With Nigeria being Africa's largest producers of oil and gas, we speak to Ebere Nwokoro about Nigeria's current oil and gas scene and its impact on the legal sector. 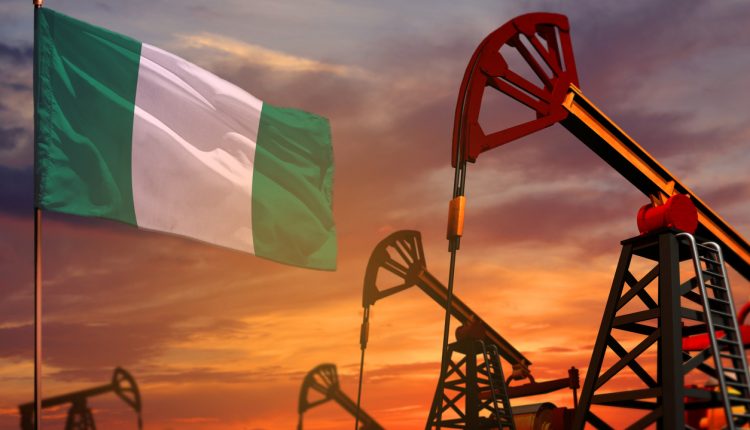 Nigerian is one of Africa’s largest producers of Oil and Gas; how has this impacted Nigeria’s legal sector?

Unarguably, Nigeria is Africa’s largest producer of Oil and the seventh largest producer worldwide; but unfortunately for the greater part of the last four decades the Oil & Gas sector in Nigeria has been dominated by major International Oil companies with large numbers of expatriate personnel and sundry service providers rendering services in respect of the various Oil & Gas projects in the country. However, with the enactment of the Nigerian Oil & Gas Industry Content Development Act 2010, the panorama has tweaked as the policy thrust of the Act is to domesticate a significant portion of economic derivatives of the Oil and Gas Industry, by encouraging the development and deliberate utilization of Nigerian human and material resources in the sector. Thus, the extant legislative regime has positively impacted the legal sector as specific provisions of the Act require operators to utilize local legal services, inter alia, in their project implementation.

International clients should also note that as a matter of deliberate government policy, control of Oil and associated resources is vested in the Federal Government of Nigeria.

Moreover, what should International Clients be aware about, when liaising with your jurisdiction in the Oil and Gas sector? Are there any specific government policies clients should be aware about?

The first thing an International Client desirous of investing in the Nigerian Oil & Gas sector should put into advisement, is that although under the Nigeria Investment Promotion Commission Act (1995) which laid out the framework for the country’s investment policy, one hundred percent foreign ownership is permitted in all industries, the Oil & Gas sector is excepted. In this sector, investment is circumscribed to existing Joint Ventures (JV’s) or New Production Sharing Agreements (PSA’s).

It is equally noteworthy that the framework regulating the sector in Nigeria is based on a panoply of legislations. The principal legislations include:

International clients should also note that as a matter of deliberate government policy, control of Oil and associated resources is vested in the Federal Government of Nigeria. This policy has constitutional and statutory anchorage on the Constitution of the Federal Republic of Nigeria 1999 and the Petroleum Act respectively.

To acquire interest in a field, an interested company must first obtain an Oil Exploration licence (OEL) to explore the concession area and at the expiry thereof, the company may go on to apply to have the OEL converted to an Oil Prospecting licence (OPL), to enable it prospect for oil. If the company discovers Oil in commercial quantities and satisfies the conditions prescribed by the Minister of Petroleum Resources, the company may further apply to have its OPL converted to an Oil Mining Lease (OML). An OML will allow the company to produce and dispose of any petroleum discovered.

It should be further noted that another medium through which a company can become entitled to certain proprietary rights in Oil and Gas resources is by acquiring the interest of another company which already has these rights subject to the consent of the Minister of Petroleum Resources.

What are the key features which are necessary in leases and licences, which are issued under regulatory regimes?

The leases and licences granted under the extant regulatory regimes are for terms of years certain. Typically, the terms for each lease /licence is as follows:

Another striking feature of the leases, licences and concessions is that they normally contain restrictive covenants, for instance:

The Nigerian government has discarded the Immigration Act of 1963 as the provisions of that law did not encourage Foreign Direct Investment.

How do you think the commercial aspect of energy sector will progress in the next decade? Why should International Jurisdictions keep their eye on doing business in Nigeria?

It is common knowledge that the Oil and Gas Industry has had its fair share of tough times in recent years with weak demand and low prices and is now beginning to emerge from its upheaval. Expectedly, investors reaction to the trend is one of cautious optimism. On the other hand, the outlook for energy in the next decade looks bright. There is hope on the horizon especially in Nigeria’s natural gas sector which is heading for exponential growth as new infrastructure is developed and the government implements zero gas flaring polices. With the largest natural gas reserves in Africa and ranking 7th in the world, Nigeria is eager to capitalize on this key asset after many years of wasteful flaring from oil fields.

Are there any other sectors international clients should look out for?

The Solid Minerals sector is another area that should be of interest to international clients.

The Federal Government of Nigeria has now acknowledged its potential as an alternative to the petroleum industry for foreign exchange earnings and has set about revitalizing its fortunes, thus opening a floodgate of new opportunities for interested investors.

What should international clients know about the extant Corporate Immigration Regime in Nigeria?

The Nigerian government has discarded the Immigration Act of 1963 as the provisions of that law did not encourage Foreign Direct Investment. The new Immigration Act which came into being in 2015 has addressed the shortcomings of the earlier Act and has now brought immigration regulations in line with modern immigration needs and international best practices. A novel introduction in the new Act is the short Visit Visa or the Visa on Arrival, which now makes it possible for High Net worth Investors to enter the country on self-recognizance and without a previously obtained visa.

About Ebere and the Firm

Ebere Nwokoro, MCArb, is a Notary Public for Nigeria and the Principal Partner of TheFIRM Chambers, a full service law firm with over 19 attorneys practicing from 7 offices in Nigeria. He has over 29 years of legal practice experience spanning Litigation and Arbitration (the two major vehicles of dispute resolution) to ground breaking expertise in Corporate Law, Energy, Oil & Gas, Mining, Environmental Law, Labour Relations and Regulatory Compliance. He is equally versed in Intellectual Property, Immigration and Admiralty Matters. He is responsible for the development of service strategies for the firm for growth and continuity.

Ebere obtained his Master of Laws degree (LLM) from the University of Lagos and attended several Post Graduate Certificate courses on different areas of Public Law at Harvard and University of Pretoria respectively. He is currently a Doctoral candidate at the Nigerian Institute of Advance Legal Studies.