Political Neutrality: INTERPOL Under the Spotlight 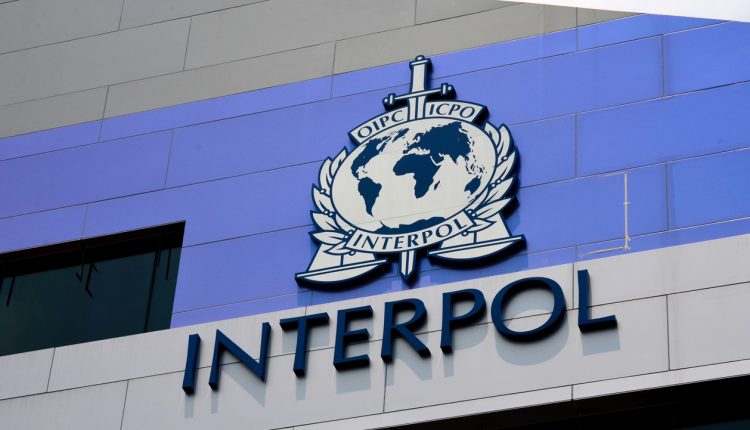 The process of electing INTERPOL’s new President at the end of last year attracted the attention of the world’s press and forced INTERPOL’s governance and political neutrality into the spotlight once more. The need for a change in leadership was brought about following the sudden disappearance and apparent detention of former President Meng Hongwei in China.

Emerging as the frontrunner for the unexpectedly vacant position was Alexander Prokopchuk, a Russian general with close ties to Vladimir Putin, who had formerly occupied a role within Russia’s Ministry of the Interior. His candidacy reignited a longstanding and unresolved debate surrounding Russia’s abuse of the INTERPOL system. Concerns raised by critics of the Kremlin (notably Bill Browder and Mikhail Khodorkovsky) centred on allegations that Prokopchuk had made routine use of red notices to target political opponents of Putin whilst in government. These allegations were afforded further weight by direct correspondence from Fair Trials to the Secretary General of INTERPOL, which stated that “it would not be appropriate for a country with a record of violations of INTERPOL’s rules (for example by frequently seeking to use its systems to disseminate politically motivated alerts) to be given a leadership role in a key oversight institution.”

INTERPOL’s 194 members ultimately voted to award the presidency to South Korean Kim Jong-yang. Nevertheless, the widespread outcry about Prokopchuk and the question of Russia’s abuse of the red notice system continues to call into question whether the existing safeguards of INTERPOL’s political neutrality are effective. After all, Prokopchuk may not hold the title of President but he remains a Vice President of INTERPOL and sits on the Executive Committee. His compatriot, Petr Gorodov, sits in the Request Chamber of the Commission for the Control of INTERPOL’s files (CCIF), which is responsible for the processing of requests relating to red notices, and importantly makes recommendations for the removal of such notices to the General Secretariat, which nearly always follows the recommendation given.

These concerns about the political neutrality of the INTERPOL bodies which are entrusted to take life-changing decisions about when red notices should be issued and deleted are particularly important when an individual affected by the red notice claims that it is tainted by political motives.

If an individual seeks removal of a red notice because it is so tainted, he or she can only apply to the CCIF by reference to an extremely limited and narrow set of legal rules, including INTERPOL’s own Constitution.

If an individual seeks removal of a red notice because it is so tainted, he or she can only apply to the CCIF by reference to an extremely limited and narrow set of legal rules, including INTERPOL’s own Constitution.

The most important rule in this context is Article 3 of INTERPOL’s Constitution which states that “It is strictly forbidden for the Organization to undertake any intervention or activities of a political, military, religious or racial character.” Article 3 reflects one of the founding resolutions of INTERPOL’s General Assembly, Resolution AGN/20/RES/11, which provides that: “…no request for information, notice of persons wanted and, above all, no request for provisional arrest for offences of a predominantly political, racial or religious character, is ever sent to the International Bureau or the NCBs, even if – in the requesting country – the facts amount to an offence against the ordinary law.”

To assist the practitioner in the application of Article 3, INTERPOL published a ‘Repository of Practice’ in February 2013. This drew a distinction between pure offences (i.e. acts criminalised solely due to their political nature, e.g. espionage) and relative offences (i.e. acts comprising elements of ordinary law crimes but which nonetheless have a political dimension). In relation to the latter, INTERPOL adopts a so-called “predominance test”. In relation to both pure and relative offences, Article 34(3) of INTERPOL’s Rules for the Processing of Data provides that the “main pertinent factors” to be considered in the context of an Article 3 claim include:

When analysing the nature of the offence, the CCIF will consider information beyond that provided in the Red Notice application form, such as information concerning the background to the request or how it relates to other requests. For example, it may be relevant to assess a red notice request together with similar requests concerning other individuals wanted by the same country, or to consider the fact that such similar requests may have been denied in the past.

The Repository of Practice sets out various scenarios arising from the Article 3 case law. It is striking that all of these scenarios concern what could be labelled as overtly political offences such as treason, military crimes, election crimes, free speech violations by human rights activists or crimes committed by politicians during seizures of power. None of the scenarios describes a paradigm “relative offence”, such as a non-politician who alleges he is being persecuted by a State on account of his economic success in a strategically important sector. Of course, this is precisely the type of conduct which Propopchuk’s detractors allege he was instrumental in prosecuting at the Kremlin’s behest. The failure of the Repository of Practice to provide meaningful guidance on relative offences – and how the predominance test should be applied to relative offences – demonstrates the challenge faced by those in challenging red notices on Article 3 grounds where the underlying conduct is not criminalised solely due to its political nature.

The Repository of Practice states that one of the primary objectives of Article 3 is to reflect international extradition law. However, when read with Repository of Practice, Article 3 adopts a definition of “political” which is arguably narrower than the test currently applied in many extradition laws or indeed the Refugee Convention. In the UK, the Extradition Act 2003 bars a person’s extradition (whether to an EU Member State or to a State outside of the EU) if (and only if) it appears that:

Historically, UK extradition law adopted a definition of “political opinion” that was wider than that contemplated by INTERPOL. Taking their cue from immigration case law, the UK’s extradition courts recognised that, in order to show persecution on account of political opinions, it was not necessary to show political action or activity; that political opinions could be imputed to the person whose extradition was sought; and that it was inappropriate to maintain a rigid distinction between political and economic opinions. None of these factors – which highlight the flexibility of the concept of “political” – are explicitly recognised in INTERPOL’s Repository of Practice on Article 3.

Historically, UK extradition law adopted a definition of “political opinion” that was wider than that contemplated by INTERPOL.

In light of this divergence, an individual faced with a red notice may (at present) be in a better position contesting extradition and/or claiming asylum, and using success obtained in those proceedings as a basis to persuade INTERPOL to remove the red notice. This comes with two precautionary caveats. The first is that INTERPOL’s own policy on asylum, published in 2014, recognises a limitation on the grant of asylum on political grounds (whereas no such limitation is recognised if asylum is granted on all other grounds under the Refugee Convention, e.g. religion, race, sexuality etc.) A person granted refugee status on the basis of political persecution does not therefore have a cast iron guarantee that his status will result in the red notice being removed. The second caveat is that if caught up in active extradition proceedings in the UK, practitioners will need to consider an asylum claim at the earliest possibility. This is because, in a shift away from the historic position, extradition courts have, over the past four years, increasingly embraced a restrictive interpretation of ‘political opinions’, which has detached itself from the principles derived from immigration case law summarised above. This shift appears to have been motivated by the narrow interpretation adopted by the then Senior District Judge Riddle in the case of the Russian Federation v Kononko, as opposed to the wider interpretation adopted by his predecessor, Senior District Judge Workman, in the case of the Russian Federation v Makhlay and Makarov. With this narrowing of the interpretation of political opinion, it is clear, in an extradition context, that a mere political interest in a case will be insufficient to establish the bar of extraneous considerations.

In addition, unlike extradition cases, proceedings for asylum allow for the provision of anonymous witness and expert evidence, which cannot be shared or challenged by the requesting state. The client himself can also give evidence without being the subject of hostile cross-examination in open court. Therefore, in some cases, and depending always on the facts, asylum may be easier to claim than a discharge from an extradition request if the client asserts that he is the victim of a political persecution. A successful grant of asylum will result in the client’s automatic discharge from the extradition proceedings.

Unlike extradition cases, proceedings for asylum allow for the provision of anonymous witness and expert evidence, which cannot be shared or challenged by the requesting state.

Just as it is virtually impossible to claim asylum in the UK in respect of alleged persecution in another EU member state, so too there are no recorded cases where an individual has been discharged from an extradition request issued by another Member State on the basis of his political opinions. It remains to be seen whether this may change post Brexit, when mutual trust and recognition could well be further eroded between the UK and the remaining EU27 States.

In summary, whilst it is preferable to have a successful extradition or asylum decision upon which to base representations to INTERPOL, the absence of such a decision is not fatal to an individual’s chances of securing the removal of a red notice. We have had success in removing red notices on political grounds in the absence of an extradition or asylum decision, but it is an extremely difficult task, made no easier by the restrictive interpretation of “political” in INTERPOL’s Repository of Practice on Article 3. Despite the sigh of relief exhaled at the election of Kim Jong-yang over Alexander Prokopchuk, INTERPOL still has much to do by way of further reform to ensure that the organisation becomes the model of political neutrality which it clearly seeks to be – both in terms of its perception by Member States and in the independence of the decision-making it applies to the issuing and removal of red notices which are tainted by political motives.