Employers’ Liability in the Aftermath of the Office Christmas Party

More often than not what lingers from the Christmas party is little more than a few sore heads, vague recollections of shocking middle-aged dancing and maybe even some embarrassing shots from the now-inevitable photo booth doing the rounds on social media or e-mail. 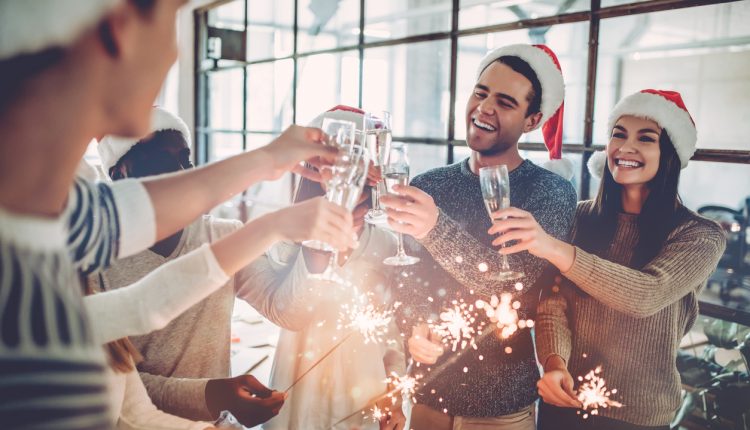 But what if there was a serious incident between staff members? Would their employer be legally responsible for that?

Clive Bellman was a sales manager for Northampton Recruitment and was seriously injured in an assault after the firm’s 2011 Christmas Party. What had happened was that a small group of senior staff left the venue after the main part of the evening and headed to nearby hotel, arriving at about half past midnight. Taxis there, and accommodation, had been booked there for many of them by the company. Further drinks in the hotel bar were also paid for there by the company. The late-night conversation started on general matters but in due course, it devolved to work. Towards 3am Mr Major, the MD of the company,  had an argument with Mr Bellman about the placement of a new employee. It ended with him punching Mr Bellman, who fell to the ground and sustained a serious head injury (he had been knocked out and was bleeding from his ears).

He brought a claim against the company arguing that it was vicariously liable for the actions of the MD. It was heard in November 2016 and judgment – Bellman v Northampton Recruitment Ltd [2016] EWHC 3104 (QB) – was given on the first day of the Advent Calendar that year, ie 1 December 2016. As the judge put it, this office party was “an ordinary or usual work Christmas party of the type no doubted dreaded by some and an annual highlight for others. Not surprisingly alcohol was consumed by many attending.”

The judge examined the legal test for vicarious liability in light of what was then the most recent Supreme Court case Mohamud v Morrisons. He summarised it as making employers liable for wrongful acts of employees which were (a) carried out in the course of employment and (b) sufficiently closely connected with the employment so as to justify the imposition of liability on the employer. For him, the actions of the MD that evening were not necessarily in the course of his employment. In any event, however, he decided that Mr Bellman’s claim should fail because the test of sufficiently close connection with employment was not satisfied. He concluded that what happened at the hotel was “an entirely independent, voluntary, and discrete early hours drinking session of a very different nature to the Christmas party and unconnected with the defendant’s business.”

Mr Bellman – who conducted the claim via a litigation friend because his serious head injury had permanently deprived him of legal capacity – appealed and the matter was heard by the Court of Appeal in October 2018. The court overturned the initial decision, with Lady Justice Asplin concluding that Mr Major “chose to wear his metaphorical managing director’s hat” as MD when he assaulted Mr Bellman, meaning he would now be entitled to substantial damages for his injuries.

While the judge had been  content to characterise what happened as “an impromptu drink” rather than “a seamless extension of the Christmas party”, the Court of Appeal’s very clear view was that Mr Major was “not merely one of a group of drunken revellers whose conversation had turned to work” and that “the nature of the interchange outside and inside the hotel lobby was naturally an assertion or a re-assertion of [his] managerial role”.

Given the very different outcomes in this case at first instance and on appeal, it is far from easy to offer definitive guidance on vicarious liability should the office Christmas party go wrong, or indeed should subsequent informal gatherings turn nasty. That said, it will always be sensible advice to:

Expressing some caution about employees gathering elsewhere to continue drinking the after the organised element finishes may also be sound advice – even if some might regard doing that as a little un-festive.

The taking of steps such as those above could, depending on the particular circumstances, mean that an employer’s vicarious liability for an employee’s wrongful acts at or after a Christmas party is not going to be engaged. That said, each instance is going to depend not on the terms of the advice or guidance given by the employer but on the facts as established and on how a court might apply the law to those facts. So be careful, plan well and ahead and, above all, try and enjoy your own office Christmas parties this year.