A family law campaign body has urged the Government to reform divorce law as soon as possible, in order to protect the long-term interests of children of separating couples. 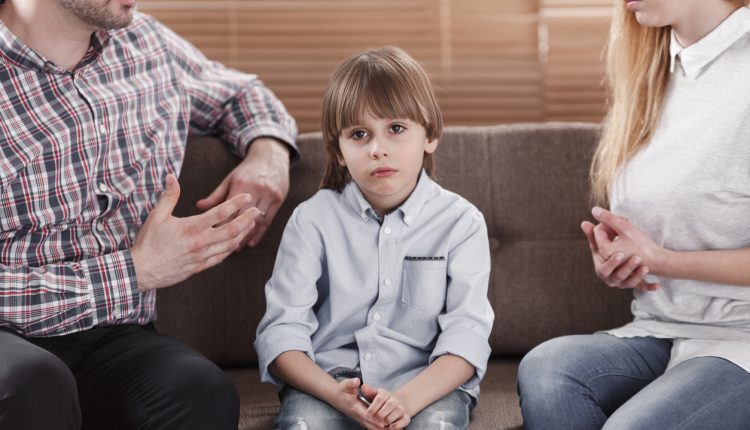 Resolution, a campaign organisation that represents 6,500 family justice professionals, has long championed the need to remove blame from the divorce process. They state that the current fault-based system leads to conflict and confrontation, which is particularly harmful for children.

Over recent years Resolution, along with other organisations, has built a cross-party group of supportive Parliamentarians that have applied pressure on the Government to ensure divorce law in England and Wales reflects other areas of the family justice system which aim to minimise conflict.

Currently, in order to obtain a divorce in England and Wales, couples are required to live apart for at least two years; otherwise one partner must blame the other by alleging adultery or what is commonly referred to as ‘unreasonable behaviour.’

However, the Government recently, and unexpectedly, announced a consultation on reform divorce law, with the Justice Secretary David Gauke MP saying “we think the ‘blame game’ that currently exists helps no one. It creates unnecessary antagonism and anxiety at an already trying time for couples and in particular where there are children.”

Resolution have highlighted findings of a YouGov poll they commissioned, in the same week they submitted response to the Government consultation, hand-delivered at the Ministry of Justice to Lucy Frazer MP, Family Justice Minister.

The YouGov poll found that 79% of the population agree that conflict from divorce or separation can affect negatively children’s mental health, a figure rising to 87% among those whose own parents divorced during childhood. 77% of those surveyed also said that conflict could affect a child’s academic performance and a further two-thirds felt social interactions and the ability to form healthy romantic relationships were also jeopardised by an acrimonious separation.

We are delighted that the Government is listening to family justice professionals and taking proactive steps towards ending the blame game and modernising divorce law.

Margaret Heathcote, National Chair of Resolution, and family lawyer, said: “We are delighted that the Government is listening to family justice professionals and taking proactive steps towards ending the blame game and modernising divorce law.

“Whilst reform will bring many benefits to separating couples, ultimately it’s the positive difference these changes will have on children that must be at the centre of everyone’s intentions.

“We hope other responses to the consultation will reflect our own view, that it is time to end the blame game as soon as possible.”

Justice Minister Lucy Frazer MP said: “The current system of forcing spouses to attribute blame for a divorce leads only to increased conflict and unnecessary confrontation.

“We have committed to scrapping this archaic rule as soon as possible, making the process less acrimonious and helping families look to the future.

“I am pleased so many important stakeholders support our reforms, including Resolution, and we welcome all feedback on our proposals.”

The current system of forcing spouses to attribute blame for a divorce leads only to increased conflict and unnecessary confrontation.

Nigel Shepherd, a former National Chair of Resolution and long-standing campaigner for no-fault divorce said: “For more than 25 years we’ve been making the case that we need to remove blame from the divorce process. I’m incredibly grateful to the Justice Secretary and Family Justice Minister for looking at our case with an open-mind and agreeing on the need to modernise our divorce law.

“Family lawyers across the country back reform, the public support it and, we know from our correspondence with MPs and Peers of all parties, that there is little – if any – opposition in Parliament.

“We know the Government and Parliament have many demands on its focus and time, but we urge that these much-needed reforms are brought forward as soon as possible”.

Both Labour and the Liberal Democrats came out in public support for no fault divorce in 2017.