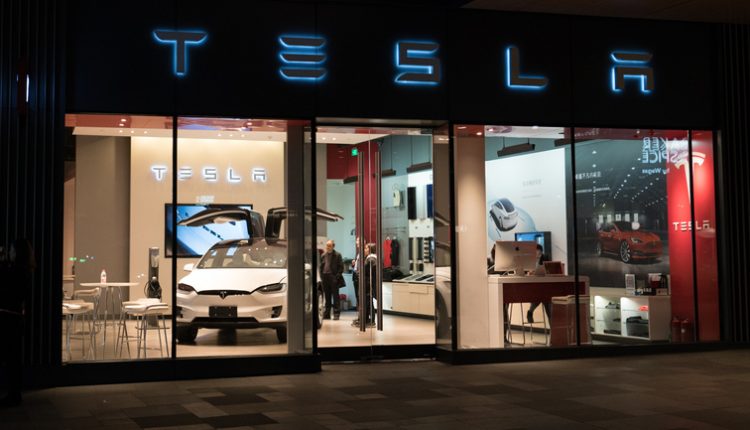 Tesla has wowed fans and automobile aficionados again by announcing new features on its line of pioneer electric cars. Elon Musk, the co-founder and CEO of Tesla Inc., teased Tesla owners with the promise of full self-driving capabilities on their cars by August 2018 – and also casually mentioned that the upcoming Tesla Roadster 2020 might have rocket thrusters.

These latest announcements come in the light of what has been described as one of the greatest advertisement stunts of all-time, when, in February 2018, Musk decided to send a Tesla Roadster (in fact, his very own Tesla Roadster) into space as a dummy load for his Falcon Heavy rocket, manufactured by his other company, SpaceX. The car was occupied by a mannequin dressed as an astronaut in the driver’s seat, affectionately called the Starman, and a copy of Douglas Adam’s The Hitchhiker’s Guide to the Galaxy was stashed away in the glove compartment.

Now, it seems that SpaceX and Tesla will work together once more, as Musk took to Twitter on June 10 to inform his 21.9 million followers that the new Roadster will come with a SpaceX option package that will include roughly 10 rocket thrusters placed around the car. The new feature is designed to help with speed, acceleration and braking – and Musk teased that it might even make a Tesla fly. The news made the company’s stock rise by 5%, along with the announcement, on that same day, that all Tesla cars will begin to acquire full self-driving features in August. In response to an owner’s complaint about the car’s Autopilot, Musk stated that the issues would be fixed with the latest Version 9 software update in August, which will also signal a move away from the Autopilot’s resources being focused into increasing security and towards full autonomy.

However, in view of the latest accidents involving self-driving cars, consumers around the world continue to be concerned about their safety. 50% of consumers reluctant to try autonomous cars have stated that they “wouldn’t feel safe” as the primary reason for their skepticism, while 43% were afraid that the car would make mistakes and 23% were anxious that the car might be hacked. Online applications are routinely exposed to a variety of hacker attacks, including SQL injection, cross-site scripting (XSS) and remote file inclusion (RFI), against which they can get protected by cybersecurity tools like a web application firewall which filters incoming traffic. Yet, the software used to run autonomous cars will probably be targeted by very sophisticated attacks, which has made experts talk of a “weaponization” of self-driving vehicles. 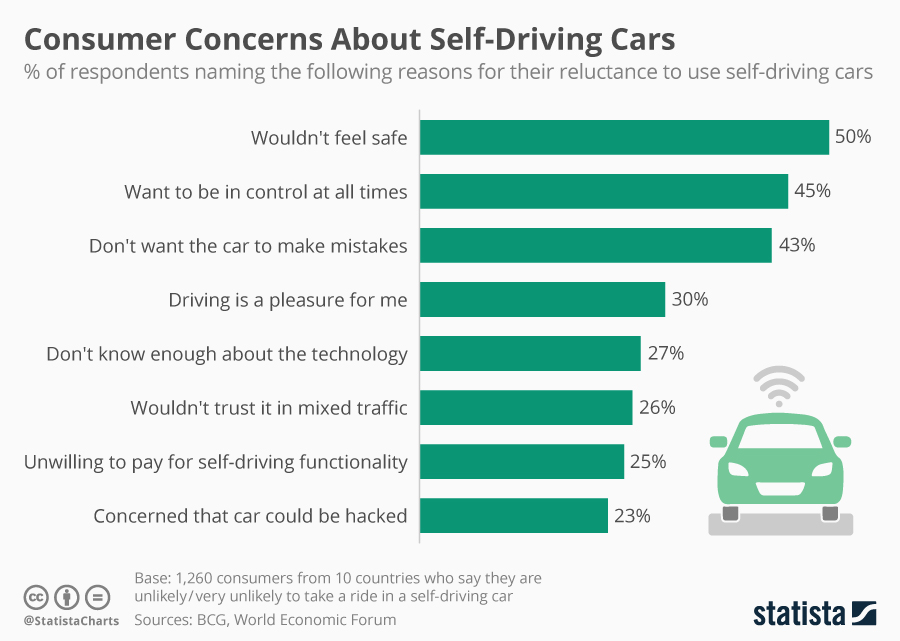 You will find more infographics at Statista

All Tesla cars come fully equipped with the hardware they need to achieve full autonomy when the company has developed the technology far enough – including being able to “see” around 360 degrees and up to 250 meters, thanks to cameras, radars and ultrasonics. Tesla, along with other AI enthusiasts, is insisting that self-driving will actually bring more safety on the streets, and Musk seems to feel like they have reached a good level of security and are ready to move onto the next step. The news about full self-driving features being released in August has made people rave about the new direction that driving is taking.

Owning a Tesla is certainly an exercise in luxury – and the company knows how to keep its clients satisfied and excited, be it with sending the car they drive into space or by bringing space rockets to their car.