Splitting Up Your Business: Financial Negotiations During Divorce

What happens to your business after divorce? Julian Bremner, Partner and Financial Arbitrator at Rayden Solicitors speaks about why financial disputes arise during divorce and how best to work through them. 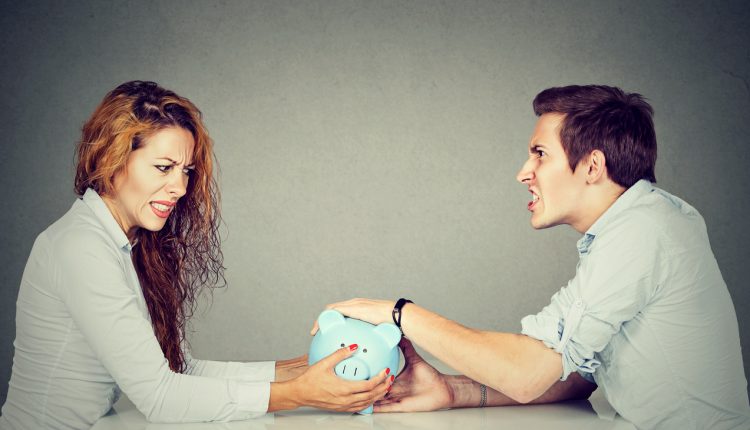 Can you breakdown the different reasons to why financial disputes may arise?

During separation, if the parties do not have the benefit of either a pre-nuptial agreement or a post-nuptial agreement (which is effectively like a pre-nup but entered into after marriage), it may or may not be clear to each party how best to share assets that they have accumulated together now that they are going their separate ways. Irrespective of the parties’ incomes, whether only one of the parties is working, or what they may have accumulated in their time together, they now need to try and forge two households and livelihoods out of the original marital pot. This can lead to competing demands by each party as to what their respective needs may be and the needs of any minor children who may be living with one party or the other. So there may be some competing views as to how best utilise what resources are available to them.

Quite often, particularly if the parties have not previously sought proper legal advice, their discussions together can be hamstrung by concepts which may seem perfectly sensible to them, but which are alien to what a solicitor would advise or what a court may do. A good example of this is the approach at law which says that the bread-winning function of one party is absolutely equal to the homemaking function of the other. So when you have one party suggesting that they earned the money so they should keep the majority of it – that can cause needless tension.

You could also have a situation where one party might have bought substantial assets into the marriage and will want to have that contribution reflected in any form of final settlement between them. It may be that one of the parties has had an inheritance during the course of the marriage and wants an adjustment for that contribution. Both of these points are subject to specific tests and criteria of law, and it can be difficult for lay-parties to approach direct settlement in a way that they deem is fair to them both.

Another aspect which often causes a dispute between parties is whether or not certain assets are in one party’s name rather than joint names. If the parties are married, then this sort of problem does not present overt difficulties (save in specific circumstances) but where the parties are not married, this can cause real difficulties – particularly if both parties contribute to an asset, say a house, but that house is only in one party’s name or the weaker economic party has real needs to be met.

If such disputes are inevitable, what different routes are available for both parties?

If the parties are unable to come to an agreement in mediation then solicitor negotiation, working co-operatively with the other party’s solicitor, is an excellent way to broker an agreement.

If parties are unable to come to an accord either in mediation or solicitor negotiation, then they will have the option of arbitration. Arbitration is effectively private law where the arbitrator will, in a more informal setting than court, help the parties by listening to their respective positions and make a determination, in much the same way that a High Court Judge would, as to an appropriate outcome in their case. Arbitration has the benefit of insuring that the parties retain control of the process as they jointly select the arbitrator between them (or if they cannot, they can ask the Institute of Family Law Arbitrators to make a selection). The arbitration will also take place in a timeframe suitable to both parties and is a speedier option for those that would like a resolution to their case relatively quickly.

Another option is to hold a private FDR – a senior member of the profession, generally an experienced Barrister, is hired by the parties to act as a Judge who will hear both sides and then try and help the parties broker a settlement between them. This is a relatively new process but one that has, in many cases, been highly effective.

The final option available to parties is the court process. Sometimes court cannot be avoided. If one party is being intransigent, difficult, or is obscuring evidence and refusing to share financial information, then the court process is needed so that a Judge can take control of the situation and make the orders needed to ensure that the other party is in a position to consider their case fully and put forward offers. In the alternative, if direct negotiation fails within the court process, the end result is a Final Hearing in which a Judge, hearing all the evidence, will make a determination as to what is to occur.

How can different business structures have different impacts on financial negotiations?

The difficulty with parties whose marital assets are tied up within business structures can, necessarily, mean the involvement of third parties (be it on behalf of the business as a separate legal entity) or as shareholders with a defined interest in the business.

This means that third party rights need to be considered carefully by the matrimonial court. Quite often complex structures are put into place in order to assist in tax minimisation or risk-liability minimisation. Unfortunately, those tax and liability minimising structures can have the effect of defeating claims of one party over the other in the marital courts. If particularly hostile, one party can try to use the business structure in place as an obstacle to achieving a fair settlement.

It also may be the case that marital assets are tied up in shares in a company and that company’s Memorandum and Articles mean that the shares cannot be transferred from one party to the other. It may also mean that the party owning the shares may not wish to transfer them to their former spouse or dilute or weaken their voting power within the business.

Family businesses do provide a degree of difficulty in which specialist matrimonial legal advice is advised.

Difficulties can readily arise for, say, an executive within an international company.

How can negotiations differ when companies are internationally complex?

The degree of difficulty that I was discussing above can be magnified when you are talking about a company which is truly international.

Difficulties can readily arise for, say, an executive within an international company. Quite often the pay structures are complex and are designed to take advantage of the tax affairs in differing jurisdictions. For example, a senior executive in an international company may be based in Poland and their complete salary package may mean that they are remunerated in a tax efficient way in Poland, but also paid through the USA and/or other offshore jurisdictions designed to ensure that the executive receives their income in the most tax effective manner. This can be difficult to trace and much less dealt with in the context of a matrimonial settlement.

It may also be the case that a senior or board level executive receives as part of their remuneration, shares or L-TIPS to which there is a future benefit (as yet potentially undefined) over an indeterminate or determinate period of time. The opaque nature of some parties’ salary position can lead to problems when trying to work out a fair and appropriate settlement.

The reality is very few matters go to court or arbitration for a determination by a Judge or an Arbitrator.

How common is it obtaining a financial agreement that suits both parties?

Parties who are level headed and engage in either clear mediation, or properly conducted solicitor negotiation, will find an agreement that they are happy to sign up to, in a relatively short period of time.

It is a trite expression used continually by matrimonial lawyers, that the best settlement is one with which neither party is completely happy. This means both parties have given a little, in order to obtain an overall settlement which is objectively fair.

The reality is very few matters go to court or arbitration for a determination by a Judge or an Arbitrator. The vast majority of people manage to settle their matter without ever setting foot inside the court door, be it by mediation or sensible solicitor negotiation. A percentage do need to start financial proceedings through the courts but a significantly higher percentage (anecdotally well into the nineties) settle their matter either at First Appointment or at the Financial Dispute Resolution Hearing (where a Judge hearing all sides does their best to try to help the parties settle) without ever going to Final Hearing.