Racial Discrimination at Work: The Signs and Responses 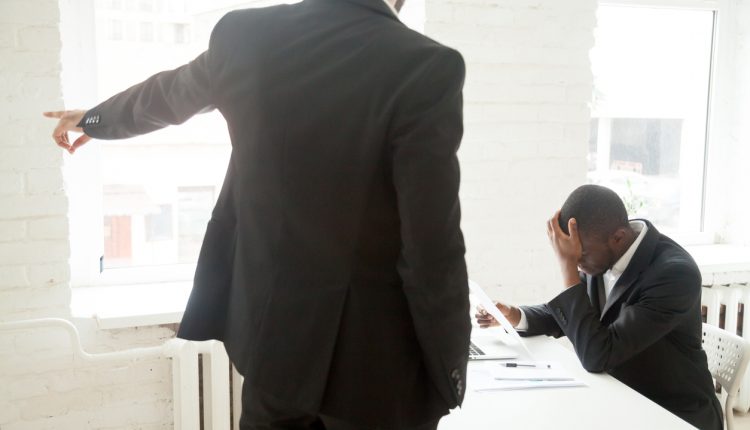 Pleading ignorance is may not be sufficient, and it essentially ratifies a harasser’s discriminatory conduct.Silvia Stanciu at Phillips & Associates outlines everything you need to know on the matter: why racism manifests in the workplace; common telltale signs; options available to employees; and, how employers should handle racial discrimination.

What is race discrimination, and how can it manifest in the workplace?

In the workplace context, race discrimination constitutes any unfavorable treatment against a job applicant or employee, specifically because of his or her race or race-related characteristics, such as skin tone, hair texture, or facial features. Race discrimination is often coupled with “colorism”, i.e. treating an individual worse because of the color, tone or shade of their skin. This can even occur between individuals of the same race or ethnicity. Title VII of the Civil Rights Act of 1964, 42 US Code §1981, the New York State Human Rights Law, and the New York City Human Rights Law, all address employees’ rights to be free from racial discrimination in the workplace. Some examples of race discrimination at work include racial slurs, racist “jokes” or cartoons, racial stereotypes, paraphernalia like swastikas or nooses, and singing along to racist song lyrics. Also, employers who make any employment decisions on the basis of race and/or color in the workplace may be liable for race discrimination.

Because anti-discrimination laws are ever-changing, employers have an ongoing obligation to train their staff to recognize, and remedy discrimination.

What is “implicit” bias, and how can employers work toward an inclusive work environment?

“Implicit bias” or “subconscious bias” are two terms used to describe individuals’ subtle racist and/or discriminatory tendencies, before they develop into explicit examples of racial discrimination. Employers may find “implicit bias” and “subconscious bias” difficult to spot—and even more difficult to remedy—so they should take the initiative to address “implicit bias.” Implicit bias is difficult to identify “in a vacuum”, so employees should provide HR specific examples to contextualize certain “neutral” comments, and alert employers as to what the employee believes is racist. Because anti-discrimination laws are ever-changing, employers have an ongoing obligation to train their staff to recognize, and remedy discrimination. Employers must also ensure that employees are comfortable discussing implicit bias, and that they do not wait for an overt act of racism to occur. At that point, they may no longer trust management to remedy the harassment.

Pleading ignorance is may not be sufficient, and it essentially ratifies a harasser’s discriminatory conduct.

What are common “telltale signs” that a company may be liable for racial discrimination?

From a practical standpoint, implementing a policy handbook is not enough to shield employers from potential liability. Employers who do not regularly update their anti-discrimination policies to reflect changes in the law, or review their policies with their staff, will be unprepared to tackle a complaint of discrimination. Plaintiffs in discrimination cases often allege that they complained to Human Resources, followed the employee handbook’s chain of command, and the company still failed to protect them from the harassment.

A company may also be liable for race discrimination if members of management are actively participating in the racially offensive conduct, and consequently, creating a hostile work environment for employees. When management engages in discriminatory conduct, it sets a negative example for lower level employees to also engage in the same behavior, and ratifies the unlawful conduct. Moreover, it indicates the company’s general disregard for anti-discrimination laws. Most importantly, it discourages employees from making complaints because it makes them feel like it would be futile to complain and/or the complaints would not be addressed.

Of note, a company may also be liable for retaliation if it does not protect employees who make complaints of race discrimination. Often, employees are reluctant to make complaints to management because they do not want to lose their jobs. Therefore, employers should provide assurances and safeguards for employees so that their complaints will not put their salaries, benefits, or jobs in jeopardy.

Employees have a number of informal and formal options if they believe they have been subjected to racial discrimination.

What options are available to employees who believe they have been discriminated against on the basis of their race?

Employees have a number of informal and formal options if they believe they have been subjected to racial discrimination. But first, employees must actually notify their employers of their concerns. Employees cannot simply assume that the employer will take remedial action. Employees should document incidents of discrimination as soon as they occur, and to continue to update management or Human Resources if the harassment continues. Written complaints place the onus on the company to investigate and address the employee’s complaints, and serve as evidence that the company did, or did not, effectively respond to the complaints. If the company does reach a satisfactory resolution, then the employee may not feel the need to escalate her complaints.

However, if the employee is dissatisfied with the company’s response, or lack thereof, he or she can file a complaint with an administrative agency or court. For example, if the company employs at least fifteen (15) or more employees, the employee can file a charge of discrimination with the Equal Employment Opportunity Commission (EEOC). If the company employs at least four (4) employees, they may file a complaint with the Division of Human Rights or the City Commission on Human Rights, if he or she works in New York City. Otherwise, employees can also pursue a case in court under federal statute 42 U.S. Code §1981.

Companies must acknowledge that incidents of racial discrimination can be fact-specific, deeply offensive, and often emotional for the complaining party.

How should companies respond to complaints of workplace discrimination?

Companies must acknowledge that incidents of racial discrimination can be fact-specific, deeply offensive, and often emotional for the complaining party. As a result, companies must take every complaint seriously, and devote time and resources to ensuring that their employees feel safe and respected at work. Shoddy finances or small-scale operations are not an excuse for failing to investigate and remedy race-based harassment.

From a “best practices” standpoint, companies should promptly document complaints of racial discrimination, meet and interview the parties, and monitor the aftermath of the complaint/investigation. The company should also ensure that the complaining employee feels safe and comfortable with going back to work with the harasser. If the employee does not, then the employer must explore options like transferring the complaining party away from the harasser, or even terminating the harasser. Employers should pay close attention to the nature, severity, and frequency of the complaints. Importantly, the single use of a racial epithet by a supervisor in the workplace may be sufficient to support a claim of a racially hostile work environment.

An employer cannot treat its employees differently on the basis of their race with respect to their compensation, benefits, work assignments, evaluations, training, or discipline.

What constitutes retaliation, and how would a company retaliate against an employee for making a complaint of racial discrimination?

Retaliation constitutes any negative employment decision by an employer in response to a complaint, such as demotion, termination, or sudden written reprimands for performance. Retaliation can be done to harass or discourage an employee from making a complaint of race discrimination. For example, under the legal theory of “temporal proximity”, an employee may be able to demonstrate workplace retaliation if he or she lodges verbal or written complaints of race discrimination, and is then passed up for an expected promotion shortly after. As another example, an employee cannot be retaliated against for supporting, or making a complaint on behalf of another employee who is experiencing race discrimination. In litigation, the company has an opportunity to defend itself from allegations of retaliation by providing a “non-discriminatory” reason for passing the employee up for the promotion.

Litigating cases of race discrimination is a lengthy, difficult, and emotional process for both employees and employers.

How can an employee demonstrate that he did not receive a promotion or a bonus because of his race?

An employer cannot treat its employees differently on the basis of their race with respect to their compensation, benefits, work assignments, evaluations, training, or discipline. Because few cases possess “smoking gun” evidence of race discrimination, litigators routinely draw on circumstantial evidence to show that the company is treating its employees differently on the basis of their race. For example, if an employee believes that he did not get a promotion or bonus because of his race, he would have to show the following: (1) he is a member of a protected class; (2) he was entitled to receive the promotion or bonus as a part of his job; (3) he was denied the promotion or bonus; and (4) coworkers with the same job title, but of a different race, received the promotion or bonus. In turn, the company would have to demonstrate a “legitimate, nondiscriminatory reason” for denying him a promotion or bonus, such as documented performance issues predating the scheduled bonus, or financial strain. Finally, to prevail, the employee would have to show that documented performance issues, or the financial strain, were pretext for racial discrimination, and that withholding the bonus or promotion was motivated by racial animus.

What should employees know about litigating cases of race discrimination?

Litigating cases of race discrimination is a lengthy, difficult, and emotional process for both employees and employers. Although employees generally get to file their pleadings first, they must be prepared to hear, and accept, companies’ defenses, regardless of the veracity of the allegations, or the employer’s level of culpability. Employees must also be prepared to articulate the damages they incurred as a result of the company’s harassment, and/or failure to remedy the harassment. Finally, practitioners and clients alike must recognize that race-based discrimination and retaliation are fact-specific, so context can make (or break) a race discrimination case.

Silvia Stanciu is an employment litigator at Phillips & Associates, a law firm that serves all five boroughs of New York City and New Jersey. Ms. Stanciu grew up in Romania and has had a long-term interest in advocating for employee rights and fighting against workplace discrimination. She can assist people who need a New York City racial discrimination attorney or an employment attorney if their rights have been violated by their employers in other ways.