#Metoo in the Workplace: How Should Businesses Handle Sexual Harassment?

With #metoo waking us all up in 2018, Julian Hoskins, who specialises in Employment law, speaks to Lawyer Monthly about sexual harassment in the workplace: what could 2019 bring for sexual harassment, and, more importantly, how your company should handle and possibly avoid such cases. 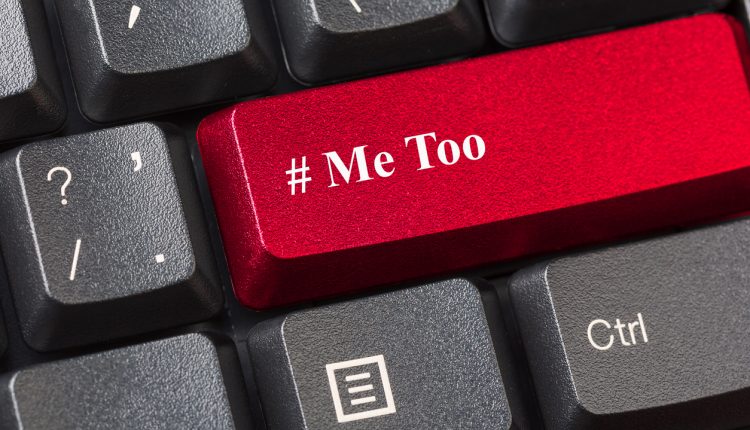 With sexual harassment being a focal point in 2018, what is on the horizon for 2019, regarding workplace harassment?

There is no specific new workplace harassment legislation expected in 2019 and it’s impossible to predict what the focus will be in terms of appeals against existing case law, or social equality movements such as #MeToo.

Specifically, the House of Commons’ Women and Equalities Committee launched a range of enquiries looking at equality issues, including sexual harassment.  This reported in July 2018 and found that there were issues with the enforcement of workplace equality.

Therefore, a further inquiry started in August 2018, gathering evidence on the effectiveness and accessibility of tribunals and other enforcement mechanisms and seeking suggestions on their improvement.

So, we could be looking at proposals for reform, albeit that many of those proposals could require legislation and, therefore, take longer to filter through.

The starting point is always to have a well drafted policy, supported by a clear procedure for dealing with complaints, including a right of appeal.

Suggestions from the first Women and Equalities Committee report published in July 2018 included:

In a linked development, this year has seen a focus on the misuse of ‘non-disclosure agreements’ which seek to prevent victims of harassment making complaints (e.g. Presidents Club scandal).  The July 2018 Women and Equalities Committee report recommended tightening up on the use of non-disclosure agreements, e.g. making it an offence to misuse such agreements and requiring the use of standard, plain English so that the effect and limits of such clauses are understood.  We could, therefore, see the use/extent of these agreements being curtailed in 2019.

How would you advise companies to assess their current systems, regarding reporting harassment? What system do you think is best, in order to ensure cases are reported by victims?

I don’t think there can be a single ‘one size fits all’ approach. A lot will depend on the size and culture of the organisation concerned.

For most businesses, they will need to review current documentation and cultural practices. The starting point is always to have a well drafted policy, supported by a clear procedure for dealing with complaints, including a right of appeal. But this needs to be ‘baked in’ to the organisation – not just left to gather dust.

Awareness is key: it’s important that your policy and procedure are published and communicated.  Ask yourself:

A staff questionnaire may be useful to assess the level of awareness/understanding within the organisation.

Some organisations have Equalities Champions – someone to deal with issues on an anonymous basis and guide complainants through the process. An anonymous telephone reporting service may be also used.

You should implement workforce and management training, which shows that the company took all reasonable steps to prevent harassment from occurring.

How do you think that workplaces should handle the investigation process?

Again, there’s no ‘one size fits all’ approach and a lot will depend on the size and resources of the organisation and the nature of the complaint, but some key points are:

What should companies be doing to protect employees and manage potential liability that they may face?

I have two key recommendations here.

Firstly, you need a well drafted equalities / dignity at work policy which is publicised and embedded in the culture of the organisation, actively implemented (as set out above).

Secondly, workforce and management training is key. You should implement workforce and management training, which shows that the company took all reasonable steps to prevent harassment from occurring. This has a double benefit: it prevents claims from arising in the first place and limits liability if a tribunal finding is made. An employer will have a defence to a claim of harassment or discrimination if they can show that they took reasonable steps to prevent the discrimination or harassment from occurring.

But legislation is only one part of the picture; it takes cultural change, which is more difficult to put in place. Perhaps the driver for change will be social rather than regulatory.

A sexual harassment case whereby EAT held that the existence of a “dignity at work” policy that complied with the Commission Recommendation on the protection of the dignity of women and men at work (92/131/EEC), together with evidence that the MoD had followed the procedures outlined in the policy, was sufficient to establish that it had taken all reasonably practicable steps . NB – however, note that the EAT stressed that the mere existence of a policy is not sufficient on its own, and that it is essential that the employer takes practical steps to implement it.

We would recommend that in order to ensure maximum protection from claims, workforce education is implemented at a range of levels, from high level Board training on the wider principles, through to management understanding of the more granular aspects and wider workforce training on understanding how to recognise, report and prevent harassment.

Do you think there needs to be any regulatory or changes in prosecution, for workplace harassment to be taken more seriously?

Possibly…given the level of current complaints, it’s obvious that the current legal framework isn’t working particularly effectively. But legislation is only one part of the picture; it takes cultural change, which is more difficult to put in place. Perhaps the driver for change will be social rather than regulatory.  Given recent events (e.g. the Google protest) there does not seem to be any slowdown in the focus on sexual harassment as a headline issue.

Julian Hoskins is a Partner in Employment Law at Bevan Brittan. He advises businesses of all types and sectors on employment issues, such as Boardroom disputes, senior executive terminations, reorganisations and redundancies, and discrimination and whistleblowing claims. He also runs specific training sessions for all levels of an organisation around sexual harassment and ‘MeToo’ issues.