Crimes Against Humanity in Myanmar: What Can the Courts Do? 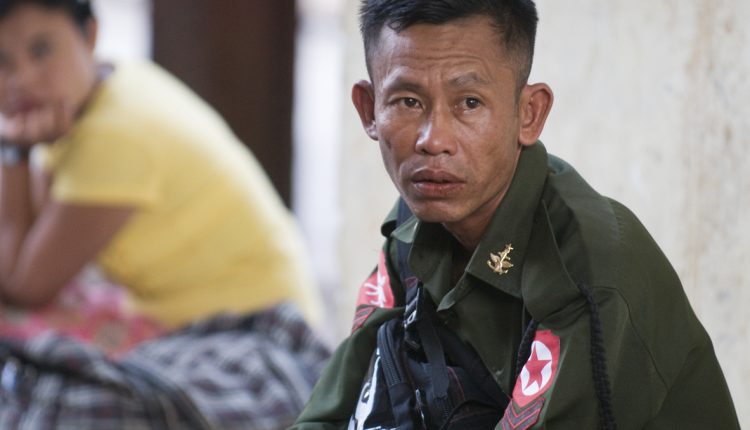 The plight of the Rohingya in Myanmar is said to be a “human rights catastrophe”, with extensive violations of both humanitarian and international law. According to Eleri Griffiths, a Barrister at One Pump Court chambers, these violations have not gone unnoticed by the international community. Below, Eleri talks to Lawyer Monthly, shining a spotlight on the constrained role of the International Criminal Court in punishing grave human rights violations.

In September, the UN human rights council (UNHRC) presented its full account on the independent fact-finding mission on Myanmar. Formed to establish the facts and circumstances of alleged recent human rights violations by the military (‘Tatmadaw”) and security forces, the Mission concludes that systematic targeting and clearance operations have occurred in Myanmar and that the human rights violations committed are of such gravity that a referral to the International Criminal Court (ICC) should be made.

However, as Myanmar does not recognise the ICC and is not a State Party to the Statute of Rome, the case once again raises questions on the role and limitations of the ICC as arbitrator of the most serious human rights offences.

The situation in Myanmar

Amongst its conclusions, the Mission found that military forces in Myanmar use Rakhine men, women and children for forced or compulsory labour, soldiers having subjected women to sexual violence, forced evictions through land confiscation, arbitrary arrest and detention, and violations of the rights to life, to physical and mental integrity, and to property.

Systematic “targeted and terrorising attacks” on the entire Rohingya population was termed a “clearance operation” by the authorities, but a “human rights catastrophe” by the mission. This included mass killing, abductions and rape and other sexual violence perpetrated on a “massive scale”, including gang rape of women and girls (sometimes up to 40 raped together and in front of families and the community) and people burnt to death in their homes. Rape victims were “often marked by deep bites”. Many children were shot, stabbed or burned by military forces acting with complete impunity and absence of accountability. Ethnic armed organisations have also violated human rights, though not generally systemically.

Oppression of Rohingya was considered severe, systemic and institutionalised from birth to death. violence and human rights violations fuelled by the silencing of critical voices by the Myanmar authorities. This and other violations has led to a mass exodus of Rohingya into nearby Bangladesh.

In light of its findings, the Mission called for both diplomatic and humanitarian action by the international community to protect Myanmar’s people from genocide. In particular, it concluded that there is sufficient information for the ICC to determine liability for genocide, crimes against humanity (including murder; imprisonment; enforced disappearance; torture; rape, sexual slavery and other forms of sexual violence; persecution; and enslavement (with additional crimes in Rakhine State)), and possible finding of apartheid or war crimes.

Can the ICC intervene?

The ICC was established to deal with incidents of genocide, crimes against humanity, war crimes, or the crime of aggression. Its involvement is considered necessary in Myanmar due to deeply entrenched impunity in Myanmar’s political and legal system and the government being demonstrably unwilling and unable to investigate and prosecute the crime, the latter being a precondition to prosecution at the ICC.

A clear jurisdictional issue is raised by Myanmar not being a State Party to the Statute of Rome; the ICC can only exercise powers relating to crimes occurring on the territory (or by nationals) of a State Party by special agreement with the state or by the UN Security Council referral.vii Absent a Security Council referral, crimes which took place in Myanmar would not usually fall within the Court’s jurisdiction unless Myanmar accepted it, which seems unlikely given the government’s lack of co-operation with the Mission.

The key in this case is the allegation of forcible deportation of nearly 700,000 Rohingya from Myanmar to Bangladesh, which is a state party to the statute. “Deportation or forcible transfer of population” (through expulsion or other coercive acts) is explicitly identified as a crime against humanity. By preliminary ruling sought for the first time by the Officer of the Prosecutor, the Court determined that it does have jurisdiction over deportation initiated within a non-party state (in this case Myanmar), but completed in a state party (Bangladesh). It also ruled that the same rationale may apply to persecution connected with the deportation or other inhumane acts intentionally causing great suffering, or serious injury to body or to mental or physical health, such as the refusal to readmit Rohingya to Myanmar.

The Officer of the Prosecutor has opened a preliminary examination of the events in Myanmar to decide whether there is a reasonable basis to proceed with an investigation. This included the questions of admissibility and the interest of justice. If a prosecution is intended, a warrant must be obtained for the accused’s arrest.

Getting further than that is more problematic. Enforcing an arrest warrant issued by the Court is a requirement imposed upon on State Parties, which Myanmar again is not. Non-party states can be invited to co-operate, but are not obliged to do so under the statute and Myanmar has already disputed the Court’s jurisdiction making that, again, unlikely. Whilst charges can be confirmed in the accused’s absence in some circumstances, he/she must be present during the trial. Therefore, without a voluntary surrender or movement to a State Party where they can then be arrested, it is difficult to see how, realistically, the Court will secure the presence of alleged perpetrators from Myanmar, stifling any prosecution.

Even if perpetrators do travel into a state party, arrest will not necessarily follow. For example, Omar Al Bashir, President of Sudan, is subject to two arrest warrants from 2009 and 2010 for crimes committed in Darfur. He remains at large has allegedly travelled unhindered to state and non-state parties without being surrendered to the Court, despite the Court Registry’s advance reminder of the state’s obligations. A further 15 Defendants remain at large, some over 13 years after arrests warrants were issued.

In its recent ruling, the Court drew attention to the duty of a UN member states to co-operate with the ICC where the Security Council so requires, that being a duty deriving from its UN membership as opposed to acceptance of the statute. Whether this will impact on Myanmar’s co-operation will remain to be seen. In the meantime, fact finding missions, investigations and arrest warrants may all serve to show the world that crimes of the nature seen in Myanmar are not acceptable. But if moving the case beyond the pre-trial stages is stifled by the accused’ non-attendance, a clear question mark remains over whether justice for the Rohingya will ever be delivered.