Contesting a Will: What Happens?

Trusts planning and devising a will are important steps individuals take to ensure their beloved family and friends receive their assets to keep them growing and to sometimes guarantee their legacy lives on after their death. 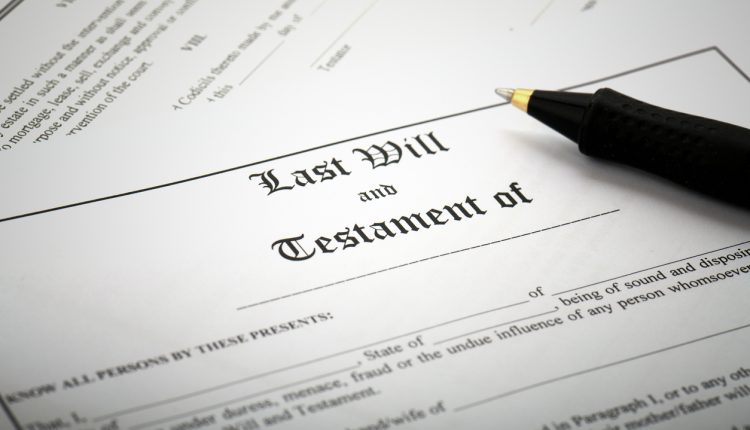 But sometimes, issues and concerns may arise with this process, thus leading parties to question the will at hand. We speak with Alison Meek on what happens when a will is contested.

Contesting a will: when should people begin thinking about approaching a lawyer?

It is difficult to challenge a formally correctly executed will. In the absence of cogent medical evidence to show a testator did not have testamentary capacity at the time when the will was executed, it is a difficult and expensive claim to bring where you will be at risk as to costs.

If you have an elderly relative in the family from whom you expect to inherit and you are concerned as to whether they might, in their frailty, be “persuaded” to change their will, I would advise a client to secure advice before the testator dies. Contemporaneously produced evidence and a chronology of events recorded before a testator dies are likely to be more compelling to a court than poorly remembered evidence recalled some time after the execution of the will.

I would also advise “expectant beneficiaries” to be suspicious and remain vigilant. Elderly relatives can be driven off to solicitors; a changed will can be the work of an afternoon and lead to a lifetime of disappointed expectations.

Finally, my non-legal advice is to “be nice to the old folk”.

It is very difficult to establish that a will was produced by undue influence.

What are the initial steps when clients first present their case towards contesting a will?

It is essential to obtain relevant testamentary documents, i.e. wills/draft wills and evidence as to the circumstances surrounding the preparation of the will. Where a lawyer is involved in preparing the disputed will, a Larke v Nugus request can be made, asking for documents and information about the circumstances in which the will was made. The Law Society Practice Note to practitioners should be consulted.

If there are concerns about the testator’s capacity at the time the will was made, copies of their medical records should be obtained from their GP, as set out by the Access to Health Records Act 1990.

A caveat can be entered in the probate registry to provide notice if an application is made for a grant of representation.

What are the signs for contesting a will on the grounds that it was produced via undue influence?

It is very difficult to establish that a will was produced by undue influence. The onus is on the person alleging it to show that there was “actual coercion” (Hall v Hall (1868)). The coercion must be such that it overpowers the testator’s own wishes. The threshold for establishing actual coercion is so high that it is rarely if ever pleaded. It is in effect an allegation of fraud. It is unusual (and unlikely) for there to be direct evidence of undue influence. An alternative plea of “lack of knowledge and approval” is more frequently run if appropriate; that plea requires the person who is seeking to prove the will to establish that it was executed with knowledge and approval of its contents.

What options do clients have if they believe a will is insufficient to meet their needs?

Under the Inheritance (Provision for Family and Dependants) Act 1975, a relatively narrow class of relatives and dependants are entitled to bring a claim for reasonable financial provision if a will (or intestacy) fails to make reasonable provision for them.

Spouses / civil partners may claim as much as is reasonable in all the circumstances, regardless of whether it is required for their maintenance i.e. capital provision. All other claimants are limited to maintenance provision i.e. income.

Can you conclude the common outcomes available for a client, post their wills dispute?

The vast majority of cases settle before trial because of the uncertain nature of the outcome at trial and the very significant legal costs of a trial with witness evidence. Mediation is also increasingly popular and often successful.