The Main Key Behind Avoiding Disputes 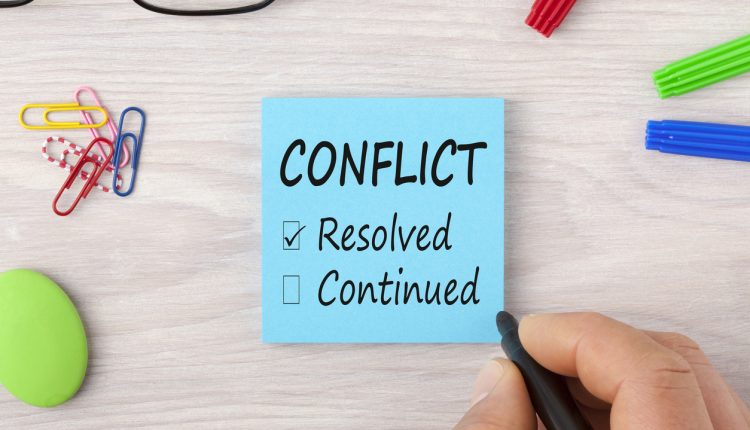 No one wishes for conflicts in the workplace, but sometimes people clash, which causes conflict. What is the main way to avoid disputes? With a background in behavioural psychology, Mediator Jeremy Scuse answers that communication is key. He shares more below on resolving relationship-base conflicts.

As a specialist in relationship-based conflicts, what three things do you think are vital for ensuring teams avoid disputes?

Communication, respect and trust, because each one leads to the other.

Communication skills are vital to our everyday lives and yet are not taught in schools or universities as standard. When we join a team we have to learn their rules and values of behaviour, and that absorbs a lot of resources. If we don’t have the communication skills, we can create misunderstandings with our team mates and won’t have the confidence in our language skills to ask what went wrong.  The result is wasteful of a team’s energy, time, opportunities and requires a huge diversion of effort to rebuild the trust a team needs to function effectively. So, every time a new person joins the team, it benefits everyone for them to learn the team’s communication styles, values and behaviour rules.

Without the communication skills to front the behaviour and elicit agreements about what is and is not acceptable, a grievance would soon be raised with all sorts of negative impacts for the team.

From this, can you expand on where disputes commonly arise from?

Almost always poor communication. For example in a team, say one member deliberately starts to pick on another for whatever reason. Good communication skills in the team lead would stop that behaviour before it affects the whole team; it’s often known as “having a difficult conversation”, but you could also call it early dispute resolution.

Another example: someone has had a bad morning at home and ignores a colleague in a meeting, so the colleague feels publically disrespected. If they both had the language skills, they would sort it out before the end of the day, rather than let it fester. Or, in a sad attempt at humour one male colleague cracks a poor joke at a younger, female colleague’s expense. Without the communication skills to front the behaviour and elicit agreements about what is and is not acceptable, a grievance would soon be raised with all sorts of negative impacts for the team.

Moreover, when entering a dispute, what would you advise the first course of action to be?

Listen hard, ask open ended questions to unpick statements, don’t judge – but be prepared to help those in conflict really understand the underlying problem. Initially they will present their “truth” about what happened, which they will have rehearsed, embellished and built defences around. Never challenge it, but ask them to analyse it, to identify the problem that led to the formalised dispute. Look for areas such as poor communication as a key issue, leading to feelings of being picked on, ignored or passed over, leading to a lack of respect and trust.

How does ‘attention to detail’ work in your favour when resolving disputes in the workplace?

For parties to resolve a dispute normally puts both sides on a steep learning curve around what happened and how to stop it happening again. Part of this is about behaviour change on both sides; the mediator’s attention to the detail is to clarify and bring certainty to who will do what, to whom, when and how and, crucially, what they will do or say when it goes wrong, which it will from time to time.

Jeremy Scuse is a behavioural psychologist by degree, spent most of his life in international marketing and came to mediation some 15 years ago at the suggestion of a legal friend. He has mediated commercial contract, partnership, Intellectual Property and Insurance claims, has a special interest in workplace conflict, is on the SMN’s Workplace Interest Group.

Catalyst was formed in 2005 and has since mediated in almost every sphere of conflict except between nations and provided training to hundreds of people in communication, leadership and conflict resolution. The one common factor across all of them is an understanding of the human being.