The Politics of Going Green: Law Needs to Change to Save our Globe 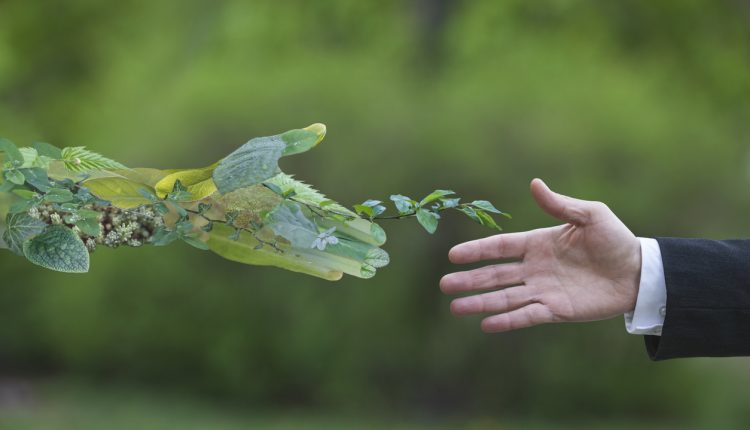 There has been a perceptible shift in the way that environmental issues generally are considered by the wider public over the last year, mostly as a result of the increased attention by mainstream media on issues such as plastic pollution in the marine environment. That shift has brought existing environmental law into sharp focus and may now become a force for change in the way that environmental issues are regulated, at least in the developed world. Whilst meaningful change takes time to bring about and implement, recent events have provided evidence of movement in both the political and regulatory spheres in both the UK and United States. In this article, we examine the forces behind these changes that will impact businesses operating in these jurisdictions.

Many feel that the white paper does not go far enough and leaves too many matters requiring clarification post-Brexit. This likely would include amending or creating new environmental legislation, a big task to wait until post-Brexit to address.

Brexit Remains Evergreen in the UK

From a UK perspective, the most obvious, topical and current example of both the need and the opportunity for change are the ongoing negotiations relating to Brexit which will, to some extent, determine how environmental concerns are regulated in the immediate future.

In early July, the UK Government published its highly anticipated white paper stating its negotiation position on Brexit[1]. After fairly considerable pressure from a number of those in the private, political and public sectors, the white paper includes a commitment to strong environmental protections, starting with the retention of all existing environmental standards imposed under EU law. However, many feel that the white paper does not go far enough and leaves too many matters requiring clarification post-Brexit. This likely would include amending or creating new environmental legislation, a big task to wait until post-Brexit to address. In order to ensure that various existing environmental concerns are properly addressed, all of the following points will need to be further considered and clarified in due course:

The UK is currently breaching a number of targets set by the EU in areas such as waste, water and air quality. Whether these breaches will be resolved or effectively dismissed has not yet been clarified.

The extent to which the UK will have regard to the remit and decisions of the European Court of Justice going forward is unclear. Environmentalists argue that these decisions are essential to the continuing development of environmental law in the UK.

How the UK will participate in the energy market post-Brexit has yet to be clarified. This includes whether the UK will leave the Internal Energy Market and how the UK’s technical rules for trading will compare to the EU Emissions Trading System (if indeed different). However, it is worth noting that the UK’s domestic legislative targets on climate change are more ambitious than required under EU law, meaning they are unlikely to change post-Brexit.

In both the UK and US, there is a fundamental need for legal clarity to provide the common ground needed to bring both the regulated community and environmentalists together to allow change.

The EU officially published its circular economy package, with changes to directives on waste, packaging, landfill and WEEE, in June this year. Despite its impending exit from the EU, the UK has indicated that the measures required under the package will be adopted under domestic law, as there is substantial support across a number of sectors throughout the UK for closed loop and circular procedures to be utilised in relation to the management of natural resources.

In order to facilitate a continued trading relationship, the UK will need to ensure that with respect to certain goods – such as those which are heavily regulated, including chemicals, electronic equipment and agri-food products -, common environmental rules applicable in the EU are adhered to.

Notwithstanding the important interaction between the UK and the EU on environmental matters post-Brexit, the UK has expressed its commitment to upholding the obligations imposed under the many international agreements to which it is a party. That perhaps does go some way towards satisfying the wider global environmental concerns of domestic citizens, but it is arguable that more specific regulatory action, including both taxes and incentives, as appropriate, will be needed to make government bodies, business and individuals alike directly responsible for their actions.

From the US’ perspective, two of the main environmental statutes, the Clean Water and Clean Air Acts, are nearly 50 years out of date.

Shifting Ground in the US

From the US’ perspective, two of the main environmental statutes, the Clean Water and Clean Air Acts, are nearly 50 years out of date. Scientific progress since their enactment has widened gaps between our understanding of the environment and the statutes’ original textual meaning. Until now, executive agencies have filled these gaps by relying upon regulations. However, as recent failures in water quality and greenhouse gas regulations demonstrate, this approach has shortcomings that demand Congressional action.

Since 1972, executive agencies have relied upon developments in hydrology to expand the scope of how they enforce the Clean Water Act. This came to a head at the Supreme Court in the 2006 case Rapanos v. United States in which a developer challenged a regulation of certain wetlands. Supreme Court Justice Anthony Kennedy argued that the Clean Water Act may be expanded to regulate waters with a proven “significant nexus” to navigable waters. However, the four conservative justices criticised this approach, forcefully arguing that the original textual meaning of the Act provided no basis for such an expansive interpretation.

Similarly, executive agencies have relied upon recent developments in climate science to identify and regulate pollutants like greenhouse gases. This came to a head at the Supreme Court in the 2007 case Massachusetts v. Environmental Protection Agency. There, a majority of the Court held that these scientific developments compel the EPA to take steps under the Clean Air Act to regulate greenhouse gases. Justice Kennedy joined the majority opinion, the lone conservative justice to do so. In dissent, the remaining conservative justices again argued that, regardless of the practical need to regulate greenhouse gases, the Clean Air Act’s text does not provide the authority to force the EPA to do so.

Following the Massachusetts decision, the Obama Administration adopted regulations like the Clean Power Plan to address greenhouse gas emissions. Again, the regulated community challenged the regulation on the basis that it lacked textual authority and, again, the Trump Administration began repealing the Clean Power Plan under that same rationale.

The Trump Administration’s efforts to limit the reach of federal regulations over businesses took a leap forward when Justice Kennedy recently announced his retirement from the Supreme Court. President Trump nominated Judge Brett Kavanaugh as his replacement, which at the time of this article is still pending confirmation. Judge Kavanaugh is a textualist with demonstrable concern for the growth of executive agencies. Had Judge Kavanaugh been on the Supreme Court instead of Justice Kennedy, the Supreme Court would likely have decided the Rapanos and Massachusetts cases differently. Therefore, the legal bases for environmental regulations like the Clean Water Rule and Clean Power Plan appear lost.

Oscillating between diametrically opposed regulatory approaches breeds uncertainty that is neither good for the environment nor businesses, for whom uncertainty often proves to be very costly.

It seems the US cannot rely upon major regulations to alter the prioritisation of environmental issues. President Trump’s election was not only a setback for progressive environmental regulation efforts, but it has now changed the Supreme Court such that it may be decades before we next see major regulations like the Clean Water Rule and Clean Power Plan.

Instead of new regulations, Congress needs to update its ambiguous, half-century old environmental statutes to adequately address modern environmental concerns. If textualism will define judicial review in the coming decades, environmental regulations must then be better grounded in Congressionally-sanctioned statutes.

Importantly, updating environmental statutes will benefit the regulated community. Ambiguous environmental laws allow for paradigm shifts depending on who is president as demonstrated by the elections of Obama and Trump. Oscillating between diametrically opposed regulatory approaches breeds uncertainty that is neither good for the environment nor businesses, for whom uncertainty often proves to be very costly.

The Need for Clarity

In both the UK and US, there is a fundamental need for legal clarity to provide the common ground needed to bring both the regulated community and environmentalists together to allow change. The role of environmental lawyers in both jurisdictions is at pivotal point. With change of this significance on the horizon, it is vital that lawyers in this field are ahead of the game and aware of political and policy drivers as well as those which are directly based in regulation.

Laura Tainsh is the Lead Partner in the Environmental & Waste Team at Davidson Chalmers LLP, a full-service commercial law firm based in Edinburgh, Scotland. Laura is a Chartered Waste Manager with the Chartered Institution of Wastes Management, the only solicitor in Scotland to have obtained this accolade.