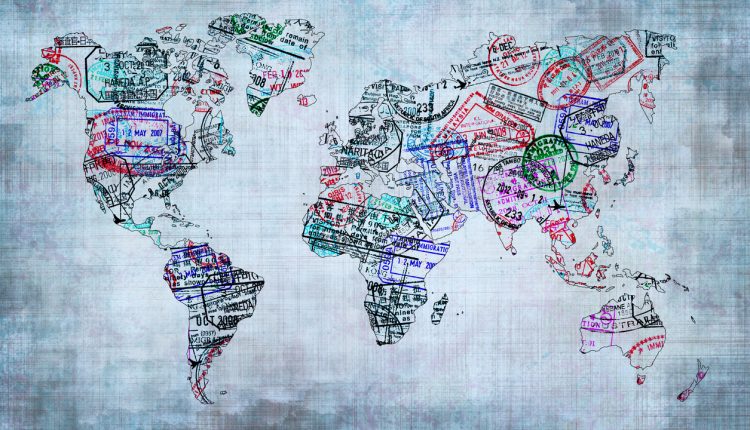 Immigration: It is a sensitive topic to say the least. Brexit was half an opportunity to spew negativity towards immigrants with famous quotes, as follows: ‘they are taking all of our jobs!’ and ‘I want my country back!’… like they had lost it in the first place. The more extreme xenophobic comments surfaced from an inbuilt fear that immigrants are never good news; some believe they take our jobs without integrating well into society, disrespect the country by possibly adding to crime rates, abuse the tax system and benefits…(the list of negativity goes on).

And the UK was not the only country subjected to the notion that immigrants bring turmoil packed away at the bottom of their suitcase. President Donald Trump was not shy of expressing his concern over mass immigration from the onset and throughout. Needless to say, his views resulted in some controversial movements and moments, such as the Travel Ban and the Mexican Border Crisis, with a mix of support and horror.

We can take it from both sides; where we need to ensure our home country and its economy does not deteriorate by taking in more people we can manage, we also need to remember the importance of humanity. We also need to take a step back and think of the positives of immigration.

There is constant concern about ‘letting anyone in’, including from terrorists to thugs, but this has tarnished and thrown dirt on the backs of those who genuinely want to embrace a new home, culture and country.

This month, we decided to question on how prejudice against immigration has thus impacted the business immigration movement. What will it mean for thriving businesses if negativity keeps skilled migrant workers away, due to fear or uncertainty of being accepted – will the economy crumble? How will law firms change?

The uproar of concern can push many people off in immigrating. With the majority of people coming over to the UK because of a job, looking for a job, or to study, it is evident that many have good intentions of contributing to the society they will be surrounded by[1].

But ever since Brexit, immigration has dropped[2], and with nearly 10% of the doctors[3] in the NHS being from the EU, it is undeniable their presence is needed for the UK to flourish. In 2015/16, 11% of those joining the NHS were EU nationals (counting those for whom a nationality was known; whereas in the year ending September 2017 the figure was 8.4%[4]. With rising costs and added pressure, it clear, the NHS relies on immigration to survive, and will struggle without[5].

The news on the NHS is probably nothing new to you, but the chart below also showcases how EU immigrants impact other, vital sectors in the economy.[6]

The UK government has been warned about the impact legal and regulatory immigration changes could have on the economy. With immigration plummeting, but vacancies being at a record high, statistics have shown a 12% drop in the number of immigrants a year after the referendum, with politicians and businesses issuing warnings to Ministers on the disastrous effect this may have on the economy[7].

How about the US?

With no doubt about it, Trump is working hard to stick to his promise of Making America Great Again. Love him or hate him, there is no denying he has made some significant impact, especially with North Korea. He states he is dealing with immigration in the way he ‘dealt with North Korea’, for the betterment of America’s economy and its people, and a new survey does reveal that 51% of Americans approve of his handling of the economy’[8].

As aforementioned, Trump’s controversial restrictions were placed to protect US workers; and even though his policies have added around 213,000 jobs to the US economy, unemployment rates have risen by 4%. So we cant help but ask, how has Trump’s policies changed businesses?

An article from Vox stated: “When the University of Chicago’s Booth School surveyed a panel of well-known academic economists, for example, 52% agreed that admitting more low-skilled immigrants to the United States would make the average US citizen better off[9].”

The panel also agreed highly skilled immigrants would be beneficial. In general, immigrants don’t tend to want the same jobs as the nationals, instead, they are usually competing with other immigrants for the same job. Evidence also suggests that when immigration increases labour supply, firms increase investment which reduces capital per worker, therefore keeping average wages from decreasing in the long term[10].

With around 5 million immigrants are working in the US[11], immigrant business founders have grown more important to the economy over time. Daniel Costa, the Director of Immigration Law and Policy Research at the Economic Policy Institute, stated: “Immigrants are overrepresented in a lot of occupations in both low and high-skilled jobs.

“You’d feel an impact and loss in many, many different occupations and industries, from construction and landscape to finance and IT,” he explained[12].

Immigrants only make up 13% of the US population, but they contribute to nearly 15% of the country’s economy output, according to a 2014 report from the Economic Policy Institute[13], so a decline in immigration would certainly be felt in more ways than one.

One of Albany’s largest law firms – Whiteman, Osterman and Hanna – even claimed that they have noticed around a 40% increase in 2018 in the number of cases where the government asks for more documentation regarding legal immigration[14], which has not only impacted the legal firms specialising in immigration, but it has also impacted businesses, large and small.

This also goes to show the impact these changes have had on law firms. With immigration policies being amended, employers are having to provide more documents and evidence, as well as dealing with deportation proceedings, meaning law firms such as Whiteman, Osterman and Hanna have seen an increase in immigration matters, leading their firm to appoint more attorneys to expand their firm to deal with the growing work around immigration.

Good news for law firms, however, these administrative changes have slowed down the visa process, where some businesses, especially SMEs, have felt the impact. Some have not had time to apply for H-1B visas which has impacted their business, and the costs [of the visa] have resulted in overall lower salaries throughout their company[15].

But by changing policies and perceptions of [business] immigration has made it harder for foreign workers to stay. Earlier this year in May, the Department of Homeland Security proposed a rule to end an Obama provision that allows certain foreign entrepreneurs to be considered for parole to temporarily go to the US to develop and build their start-up businesses[16]. Immigrants are actually twice as likely to start a business than American-born citizens, and by making it harder for them to do so, can cause severe detriment to its economy.

And even though Trump has been successful in creating work, who will fill the gaps – especially when unemployment is increasing? Immigrants are usually after seasonal jobs, but with perceptions towards immigration changing and changes in visa applications, such as USCIS announcing that non-citizens that are denied their application for a “benefit” – such as an extension or change of status, a green card, or citizenship[17] – could be placed in deportation proceedings, things for the country could change.

It is without doubt that an integrated globe has bettered societies in several different ways. It is a shame that a few bad eggs ruins things make things harder for those who will make a positive impact in their new dream home. And pushing morality and humanity to the side for a second, changes in laws have seen a growing backlog of US immigration cases in court and with it becoming increasingly harder for skilled workers to enter the land of the free, we can only sit and wait to see the impact of these changes to America’s economy and business landscape and more interestingly, its legal sphere.