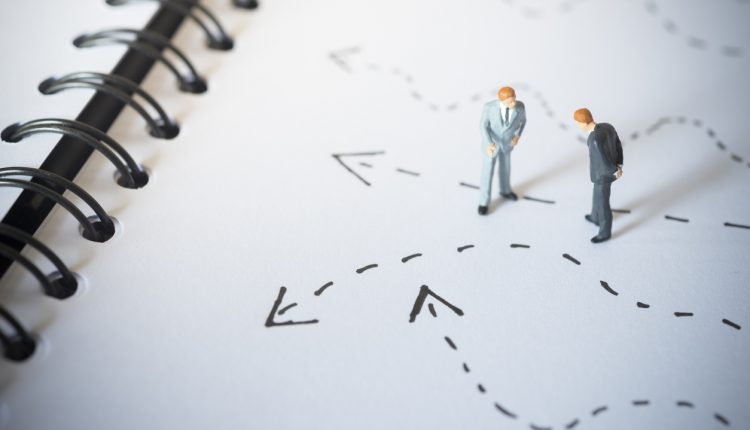 Many of the Serious Fraud Office’s ongoing cases seem to see no end and the future of the organization as a whole is still in debate. With recent upheaval at the SFO in both the directorship and their funding arrangement, Dominic Carman, noted legal commentator, discusses the current situation and the overall effectiveness of the organisation.

A dynamic new Director and a 50% uplift in funding should provide a much needed boost to the Serious Fraud Office. Those were the conclusions drawn by recent media headlines. But not everything is as it seems. Against a background of increasing fraud and decreasing prosecutions, new research form Pinsent Masons shows that the SFO faces a future that seems set to be defined by more heavy fines for some errant companies with interminable investigations for others with no resolution in sight.

True, the new SFO Director, Lisa Osofsky, is set to take over on September 3rd – after a five-month period of limbo during which the interim Director Mark Thompson will keep things ticking over, although he cannot make binding decisions. Meanwhile Osofsky’s public pronouncements have undergone a complete volte face since last year when she endorsed Theresa May’s long-held ambition to merge the SFO with the National Crime Agency (NCA). She told the Telegraph that this would give the prime minister “the biggest bang for her buck”.

Following the announcement of her appointment as Director in June, Osofsky argued the diametric opposite: “I’ve always supported an independent SFO and I still support an independent SFO,” she said. “I’m assured by the attorney-general he’s right by my side on this one. I didn’t take this job to report to the NCA. Do I see myself having a role where I’m here to diminish the very agency I’m getting hired to represent? Absolutely not.” Quite how this change of heart will affect what Osofsky does in practice remains to be seen.

The other headline grabber – the much heralded new funding arrangements for the SFO – are entirely cosmetic. What was a hybrid of core funding and blockbuster funding (sizeable top ups for specific cases that require large scale additional resources) has been fully combined to become just core funding. As the SFO itself points out on its website, “the changes (announced in April) are cost-neutral.” Overall expenditure will remain exactly the same next year at £52.7m.

Arguably more significant is how successful the SFO has been in its fulfilling core mandate, namely prosecuting serious fraud, bribery and corruption. The wider picture is calamitous: the number of white-collar crime prosecutions has declined by almost a third in six years according to research by Pinsent Masons. The 2017 Annual Fraud Indicators shows that fraud costs the UK economy £190bn per year (roughly 10% of total GDP), with the private sector bearing an estimated £140bn of that cost. Official figures also reveal that the number of prosecutions for white-collar crime – fraud, money laundering, cybercrime, bribery and insider trading – fell from 11,261 in 2011 to 7,786 last year, a 31% decrease.

Simultaneously, the number of fraud incidents has grown dramatically, primarily because of the surge in cybercrime. Between 2012 and 2017, Action Fraud, the national fraud and cybercrime reporting centre supervised by the City of London Police, experienced a 35% increase in reported cases from 202,200 to 273,600. These figures reflect only part of the problem. The NCA estimates that less than 20% of all fraud incidents are ever reported to the police.

The SFO focusses on the biggest fish: large, complex cases involving multinationals and their employees, or scandals such as LIBOR rigging. No published data is available for this category of fraud, but in terms of value and volume the 40 investigations currently being undertaken by the SFO are thought to comprise less than 10% of the overall total in that category. Big fraudsters are generally smarter and SFO resources of just over £50m a year can only begin to scratch the surface of a multi-billion-pound annual problem.

Their pragmatic solution has been deferred prosecution agreements, commonly known as DPAs, whereby a large fine is paid by a company instead of it being prosecuted and convicted in a criminal trial. To date, there have been four DPAs, of which Rolls-Royce (£497.25m) and Tesco (£129m) have paid by far the largest fines. These big numbers have created some relief for the SFO, although it cannot adequately counter the criticism it has received from senior judges in the courts and from informed commentators for its poor judgment and inept procedures.

Osofsky is keen on DPAs so we might expect more of the current caseload of investigations, a number of which stretch back more than five years, to result in a slew of DPAs over the next 18 months. Osofsky recently described the decision to charge as “a death sentence” on the company concerned. But a glut of corporate heavyweights has effectively been sitting on death row awaiting sentence without any recourse to the damage done to their reputation.

Sir Cliff Richard is currently seeking more than £600,000 in damages from the BBC over its coverage of a search of his home that was undertaken by the police on August 2014. No charges were brought against him and the investigation was dropped by the CPS in June 2016. Companies subject to an SFO investigation that is dropped have no such recourse. For several of them, the damage has been even more sustained and more enduring with the reputational damage already running into tens, or even hundreds of millions of pounds.

The SFO therefore needs to speed up its procedures, dramatically, by introducing sensible time limits. If the agency cannot find sufficient evidence to charge a company within three years of commencing an investigation, then it should be dropped. As SFO Director, perhaps Osofsky might bring some American efficiency with her and do just that. Continuing to allow SFO investigations to fester and bleed scarce resources does not deliver justice to anyone.