Law & No Order: Are the Harvey Specters ruining the Legal Profession? 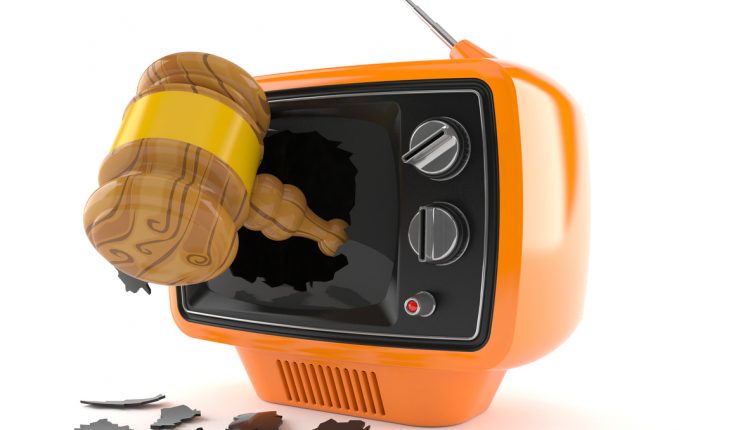 Do TV lawyers help or hinder our profession? From a mild obsession with Harvey Specter from Suits, all the way to being a die-hard fan of Law & Order, TV shows and films based on the legal sector have always grasped viewers. From the dramatic storylines, to the proud sense of justice being served, these programmes often showcase the highlights of the legal sphere. But, is it accurate and fooling the potential aspirational lawyers? Andrew Conway, an Employment and Commercial Litigation Partner at Lawrence Stephens, discusses more.

The legal profession is under the media spotlight like never before.

The recent royal wedding spiked interest in hit US legal drama Suits and the BBC’s divorce law series The Split – launched earlier this year – has been commissioned for a second outing. It seems the public can’t get enough of the courts, with judges and solicitors filling our screens, and it may be that lawyers are the new doctors in terms of fictional entertainment. As the profession enjoys a surge in media popularity, it’s a good time to be a lawyer.

There are strong cases to be made both for and against this increased media attention. Having a greater diversity in fictional depiction is positive: we don’t have to rely on Atticus Finch as our sole representative in the public imagination. These new lawyers are sharp and determined and they’re importantly not all barristers. Dramas like Suits and The Split allow disciplines outside of criminal law to share the limelight, demonstrating to prospective law students that areas like family and corporate law are equally interesting and exciting. An increased media presence can be a powerful driver of recruitment and increased interest will encourage the best and brightest to enter our sector.

And, crucially, a lot of these new TV lawyers are women. Suits’ Jessica Pearson is Managing Partner at her top NYC firm, The Split revolves around Senior Partner Hannah Stern, and the BAFTA-winning 2011 series Silk made female QC Martha Costello its primary focus. These strong female characters send out the message that there is very much a place for women at the legal top table and that they are a key part of the profession – after all, women make up 48% of all lawyers in law firms and 61.6% of new solicitor admissions in 2016/17 and our public focus should reflect this. Media representation has a great social force and should not be underestimated. These modern legal dramas can play a part in encouraging future female lawyers to enter a profession which is often perceived as male-dominated.

However, there are of course drawbacks to these television depictions. Our onscreen counterparts help establish unrealistic expectations about the life of lawyers and their work. Although accuracy is important for plausibility, the ultimate goal of TV is not to inform, it’s to entertain. Liberties will be taken in the name of drama and for those not well versed in the legal profession, it may be difficult to discern these deviations from the truth.

For example, although popular, The Split was labelled as ‘cringeworthy’ by those in family law. In its bid for drama, the series suggested that the majority of divorce proceedings are antagonistic and that lawyers lack a clear strategy in seeing the case through. Legal dramas rely on last-minute revelations and in-the-moment thinking to generate narrative excitement, whereas in reality, successes are built on careful plans and tactics. Not to mention that the hours of work behind the scenes never make it onscreen as they don’t make for compelling TV. And that case successes depend upon high levels of trust and collaboration between close-knit teams, not on the individual genius of maverick individuals.

Some may see such false images as at best, misleading, at worst, harmful. This is not only for the public – who may become wary of seeking legal help upon witnessing TV lawyers’ manipulative tactics and fraught internal politics – but for law students too. These shows can drive recruitment but not necessarily retention and budding lawyers may find themselves rudely awakened when finally confronted by the reality of their chosen profession.

So, what can be done? Should we be pulling the plug on legal dramas? The answer, I feel, isn’t to commission less legal TV but more of it.

We’re in an uncertain age with the rise of technology meaning the domain of the law is having to rapidly extend, to keep pace. The recent GDPR panic across the country demonstrates that legal guidance is needed more than ever and that lawyers are individuals the public relies on.

To match this increased legal demand, however, we need increased media representation. The false images of law presented on TV will only be reduced by increasing the diversity and range of their depictions. And it’s not just on television that more can be done – voicing our opinions and dispelling myths through other forms of media is equally important.

But the main reason we shouldn’t disbar TV lawyers is something very simple. Drama zeroes in on the emotions and backstories of its characters and legal drama, however fictional, shows us that lawyers are ultimately human. The law is another profession and those who work in it have their share of successes and disappointments – and a life and relationships outside the office doors. After all, we’re just people under these suits.