How Do We Achieve Equality and Equal Justice? 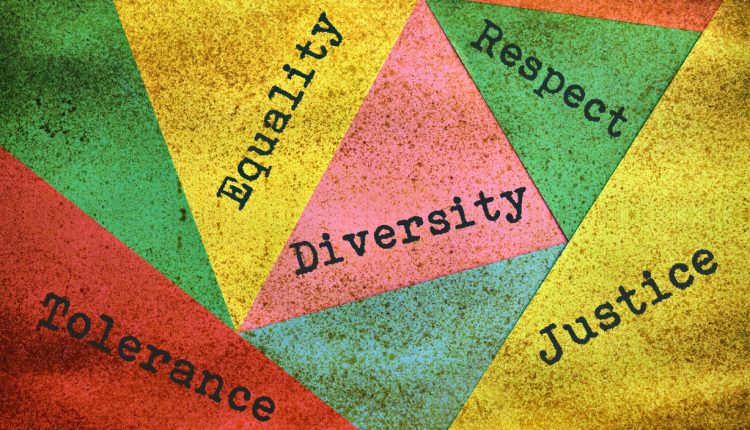 Flynn Duncan Broady, Jr. was born in Queens, NY, August of 1963. He is third generation military and his father and Grandfather served in the Army, so naturally, he was exposed to military life at an early age.  To serve his country and defend its constitution were embedded in him early on. Below he speaks about his journey into law, and how he will work towards his aim of ensuring equality for all.

“Most of my childhood was during the Vietnam War.  During that time, I didn’t watch much television, unless it was about war or our American history.  I was so entrenched in the life of a soldier that I thought, for most of my life, I would grow up, get drafted, and go off to war, never to return.  I had even decided that I wanted my burial to be in Arlington Cemetery.

“During my father’s military career, my family and I moved around a lot.  We lived in New York, New Jersey, Georgia, Germany and Kentucky before settling in Birmingham, Alabama.

“Traveling the world as a child, I attended school and had friends of all nationalities. Birmingham was the first place that I lived and attended a school that lacked diversity.  That experience changed my life.  I began to read and gain knowledge about inequality, racism and hate.  I knew at that time that I wanted to make a difference and that equality was not an unreachable ideal.

“I enlisted in September of 1982 and was shipped out for basic training to Ft. Benning, GA in November.  That was an incredible experience for me.  I met people from all over the United States and from every socioeconomic background.

“The military taught me a lot about myself, about others, and most importantly, how to lead and get things done.  I served for 26 years, including three overseas tours.  I served in Operation Iraqi Freedom as an Infantry First Sergeant.  Leading Alpha Company 1st Battalion 6th Infantry Regiment of the 1st Armored Division and being a Platoon Sergeant in the 101st Airborne Division were the highlights of my career.

“In June of 2008, I moved to Georgia and took the bar exam.  I immediately began submitting my resume in search of a position as a City or State prosecutor.  The first office I visited was the Cobb County Solicitor General’s office.  Shortly thereafter, I was interviewed, made an offer and accepted a position as an Assistant Solicitor General.  I was ecstatic.

“During my time with the Cobb County Solicitor General’s Office, I have prosecuted all types of misdemeanors, from simple traffic violations to domestic violence charges.  In April 2015 I left the Solicitor General’s Office and accepted the position of Coordinator for the Cobb County Veterans Accountability and Treatment Court.  This position provided me the opportunity to give back to the many Veterans who had gotten in trouble with the law due to their military service and/or substance abuse.

“I got married and returned to the Solicitor General’s Office in 2017.   I currently serve as the DUI Court prosecutor.  As a prosecutor in Cobb County, the thing I appreciate the most is the wide amount of discretion we are given as it pertains to cases, not to say that we have unlimited discretion because we don’t.  However, when we see injustice, we are able to make a difference, and with that carries great responsibility.  We expect the same from our leaders in Washington and at the state level, which is why I’ve decided to seek the office of Georgia’s 11th Congressional District House of Representative.”

What changes do you think are necessary to reform criminal justice in 2018?

Key to Criminal Justice Reform is:

As both the Veterans Court Coordinator and DUI Court Prosecutor, I have seen the amazing transition Accountability court graduates make from initially becoming part of the court program to completing the court program.

Equality, in all forms, is vital for the societal growth; how do you aim to achieve this?

As a lawyer, it is important to approach every issue from as many sides as possible, to gain a better understanding.  We as a nation must remember the ideals upon which our nation was founded.  The inalienable rights: life, liberty and the pursuit of happiness are not only highlighted by the Declaration of Independence but guaranteed in our Constitution’s Bill of Rights. As a Congressman, I will understand that one’s rights only extend to the point that they don’t interfere with the rights of another.  Approaching all issues from many different perspectives, I will seek out the solutions that promote the welfare of our citizens and the sustainment of our environment.  I pledge to work with all parties to do what is best for our constituents. While at the same time stand up for those without a voice. My moral compass will never waiver, my integrity will never be in question.  My values will always reflect equality, opportunity and justice for all.

All great attorneys are zealous advocates for their clients.  At the same time, they exhibit and maintain their morals, values and integrity, and never waiver from them.  I have stood in the gap against our enemies on the battlefield.  I have represented the people of Cobb County with the highest degree of integrity, never wavering my morals or values.  As a Congressman, I will do the same because that is who I am.

Equality is not an unreachable ideal.