Big Pharma Takeover: May Only the Richest Win 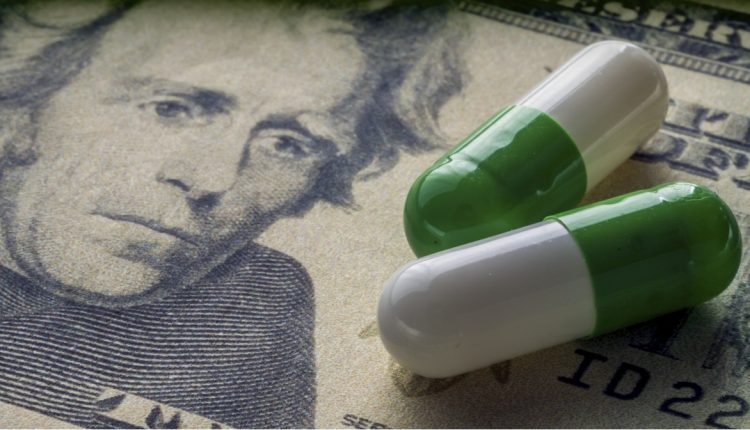 We hear from David Matthews who speaks on some pretty important topics in politics, topics that we don’t hear about in the national news but should.

He states: “Corporations that own such a large part of what we call “The News” are able to do most of what they do in stealth, by avoiding the news altogether. So often citizens don’t find about the loss of their rights until those rights are gone. That’s a big problem in this country today, and we would do well to put our heads together and start to figure out how to solve it.”

We discuss more with the attorney that has filed cases against international corporations, such as Johnson & Johnson, about tort reforms and how often the common man is often overthrown by big, controlling corporations; we ask: is there a way to defeat them?

Aside from the increased use of technology, how has the legal sphere changed from when you first began practising?

The biggest change over the years has been what tort reform has done to citizens and to the legal profession. Industry controls so much of the judiciary today that any jury verdict is not even seen as a first offering anymore. All plaintiffs’ lawyers with any real experience have seen how defense lawyers today appeal every verdict we win, and quite often they get them overturned or thrown out by a higher court that’s friendly to business interests. Just as in Washington D.C., money has corrupted so much of the judiciary that it’s harder and harder every day for John Q. Citizen to get a fair shake in the courts. There’s not a plaintiff’s lawyer in Texas or anywhere else in the country who couldn’t tell you heart-breaking stories about some outrageous injustice where a judge or an appellate court has unilaterally thrown out a jury verdict that favored an injured plaintiff.

A few years ago, Texas Court Watch did a story of how the Texas Supreme Court egregiously favors corporate and business interests over those of Texas citizens, and I think Texas is emblematic of much of the country. Court Watch found that from 2000 to 2010, regular people lost 79% of the cases in which they faced off with corporations. The Texas Supreme Court overturned jury verdicts for plaintiffs in a shocking 74% of the cases it heard. The conservative justices agreed with one another a mind-numbing 90% of the time. That’s not justice; that’s a rubber stamp for corporations.

Court Watch also concluded that in looking at the voting records of Governor Rick Perry’s picks for Texas’ high court, “it becomes clear they have a strong and unmistakable prejudice against consumers.”

One might ask, “Why?” The short answer is all-too familiar: “Money.”

After Texas Supreme Court justices received a combined $724,863[1] from the oil, gas, electricity and chemical industries, Judge Don Willett[2] hit the trifecta with more than $190,000, the justices reversed a lower court award and ruled in favor of Entergy (Entergy Gulf States v. Summers[3]), declaring that an injured employee can’t recover damages from a negligent employer responsible for a dangerous work environment that harms the employee.

“Rather than operating in fidelity with the law to bring about justice, the Texas Supreme Court has marched in lock-step to consistently and overwhelmingly reward corporate defendants and the government at the expense of Texas families.”

We don’t see these stories in the mainstream press, but we do see all these stories of how one court in St. Louis, Missouri is so unfair to the industry, as in the talc litigation. Where’s the balance?

You hear endless complaints from the far right about the so-called liberal media, but the plain fact is that the media is owned by industry, primarily by the drug industry today. Big Pharma spends billions of dollars in television advertising each year. Turn on any TV station for a few minutes and see the truth of it. That kind of money can buy lots of friendly press and make it a lot harder for ordinary citizens to get justice.

The notion of consumer protection is under heavy attack. The U.S. Supreme Court has made it nearly impossible to bring meaningful class actions anymore. The banks are bailed out by Congress and by the Supreme Court, while the people get nothing, or next to nothing, in protections. The credit card companies get to go on raping poor people with ludicrously high interest rates and check overdraw fees. The Citizen’s United decision was nothing more than legalized bribery for DC politicians, and the Supreme Court made that happen. Corporations are not people, but they get treated like people in the courts, at least until they’re supposed to be held accountable. They get away with so many things that real people would be jailed for. Maybe that hasn’t changed, maybe it’s always been this way, but the conditions for a citizen getting a fair shake in the U.S. court system seem bleaker than ever before.

The Supreme Court’s giving generic drug makers a free pass when their drugs hurt or kill people has been among the gravest injustices (as in Pliva v. Mensing and Mutual Pharmaceutical v. Bartlett), considering that more than 80% of prescriptions are filled by generic drugs. And many times, the brand drug is not even available anymore, or someone’s insurance will only pay for the generic. Where’s the sense of justice in that?

What issues do you currently see in the healthcare industry; how is this affecting your clients?

John Lennon said, “Money doesn’t talk, it screams.” As with changes in the legal profession, follow the money to see the changes and why they happened. Thanks to millions of dollars in health industry, drug company, and medical device lobbying money, patients have fewer protections today than ever before. Sixty Minutes just showed us how the U.S. Congress changed law to defang the DEA and give drug companies endless profits to create the opioid epidemic they unleashed on us all. We see person after person who was just destroyed in the broken system of Western medicine, treated abominably by doctors and medical facilities, but since med-mal pay-outs have been cut back so far by so-called tort reform, we can rarely do anything for all those victims. Every plaintiff’s lawyer will tell you that we hear one heart-breaking story after another from a person we are unable to represent due to med-mal caps. Any plaintiff’s lawyer will tell you the same thing: It would cost so much to put that case together that by the time you pay the expenses, even before you consider adding any attorney’s fees, the plaintiff could not recover any proper compensation. That’s how they’ve set it up to keep injured people out of the court room, and it has worked really well for the industry. For many thousands of real people with real injuries that were preventable, it has been a tragic injustice.

Moreover, what do you think can be done to tackle the above issues?

We all need to write our DC reps and senators, and let our clients know what is going on so that they can also write and protest the continued corporate takeover of the courts for the medical industry and the doctors’ lobby. There is ongoing legislation now that industry is trying to use to further gut the country’s tort system of protections for citizens. All of us attorneys owe it to our clients as well as to American citizens to blow the whistle on this attempt to close the courthouse door to the private citizen. Few people know what’s going on, and they need to know. They have a right to know.

The biggest one is that most expect their case, if they have one, to be solved and to reach fruition in a very short time. In the case of most mass torts in drug and medical device litigation, we always tell them it can take from two to seven years for a case to reach a conclusion. We try to preach patience, and we also try to give our clients a realistic notion of what a given case may be worth. At the same time, we tell them there are never any guarantees. All litigation is totally speculative.

What three pieces of advice would you give to aspiring lawyers, to aid them to be successful in the sector?

Figure out what role you can play to get started somewhere and be patient. So many new graduates expect a starter CEO position, and of course that’s not going to happen. Like anything else, when you can figure out how to help others and your intentions are good and you’ve got some talent for the truth, you’ll be just fine.

I’ve been practicing law for 30 years, the last 28 as a plaintiffs’ lawyer. I was a partner for 16 years in one of the oldest plaintiffs’ firms in Texas when I started Matthews & Associates eleven years ago. We employ ten lawyers and about 60 employees today.

My main focus has been on dangerous medical devices and pharmaceutical drugs, but I’ve also worked in many other litigation areas, including product liability, premises liability, toxic torts, you name it. I’ve filed cases against many of the biggest companies in the world, Johnson & Johnson, Cook Medical, C.R. Bard, General Electric, Bayer, Merck, Pfizer, GlaxoSmithKline, the usual suspects. We consider our firm a heavy lifter, in that we handle most of our cases ourselves, working them up right to trial and then trying them. Though in recent years we are referring out more cases than we have in the past. I guess that’s just the nature of this business. You can’t do everything well, but the cases we do choose to handle we feel we prosecute them as well as any firm in the country.