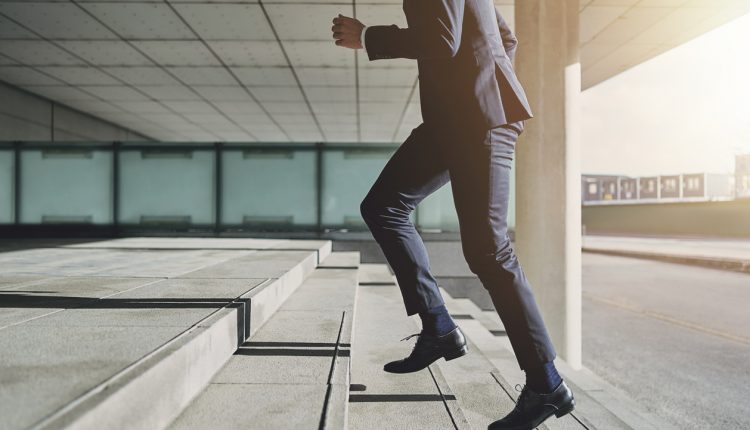 The legal path is seldom an easy journey. Getting a foot in the door is difficult in itself but climbing the ladder to get to managing partner is tough journey. In this feature, we speak with recently appointed Sara Teasdale, who shares three top tips on how she became managing partner in less than 20 years of being qualified.

Whilst undoubtedly everyone’s journey through career progression and promotion is a unique and personal one, having being asked to reflect upon my own personal career path, culminating in recently being appointed as Managing Partner of Byrne and Partners LLP, it is clear to me now that there are three recurrent themes that I have navigated throughout my professional career.

Having qualified in 2000 into the business crime department at the Manchester firm Pannone, I moved to London in 2003 as an assistant solicitor in a boutique city litigation practice. In 2006, I accepted a job that may have appeared to some as slightly “off piste”. I joined Roiter Zucker, a niche life sciences practice based just off Finchley Road. One of the firm’s long-standing corporate clients was being prosecuted by the SFO, in what was at the time one of the biggest SFO prosecutions brought to date, and I was recruited as the sole criminal lawyer to run the criminal side of the corporate defence and to build up a free-standing criminal fraud practice. It was not without a high degree of trepidation and lingering self-doubt that I accepted the position. However, within twelve months I had built up a steady independent flow of criminal fraud work and I happily accepted an invitation to become a partner.

Fast forwarding to 2010, I was approached to re-join Pannone to set up its London office to build up its fraud and regulatory London offering. That move coincided with the timely return to my psyche of my doubting gremlin friend, but emboldened by my four happy, successful years at Roiter Zucker, I again ignored my nagging self-doubt and took on the challenge with a heady mixture of nostalgia and abject fear. Whilst the Pannone office never reached magic circle proportions, it progressed from me, alone in a subterranean office with my own balloon-based version of “Wilson” to a fully functioning full service offering with a headcount in double figures (just). I was asked to head the full service London office and be the main point of contact for the Manchester-based Board and Managing Partner.

In February 2014, Pannone was acquired by the personal injury behemoth Slater and Gordon and whilst there was a keen desire for me to move across to Slater and Gordon as part of that acquisition, I had a firmly held belief that my practice was better suited to a more commercial practice. At the time, my decision was unexpected and unpopular and throughout that period I recall that my mantra was that of “be brave” and have faith that I am best placed to know what is best for me and my career. After exploring a number of potentially exciting and quite varied opportunities, I joined Byrne and Partners LLP in March 2014. Four and a half years on, I am in no doubt that I was absolutely right to stand by my unpopular decision and to forge a new and different path.

It is never easy to swim against the tide of popular opinion but a large part of the job of any solicitor is about exercising and trusting your own judgment. That applies equally to one’s own personal and professional decisions. The majority isn’t always right!

My advice to any junior solicitor has always been to start at the earliest possible stage of your career to build up your network of contacts. A linchpin of most law firms today is the ability of its partners to generate work, and I have no doubt that my ability as a rainmaker has been seminal to my career progression over the last ten years.

Even as a trainee in 1998, I sat on various committees, and upon moving to London in 2003, I joined the committee of the Young Fraud Lawyers Association and latterly became the Chairwoman. I have continued that practice to date and am currently the Treasurer of the Fraud Lawyers Association. I have met many brilliant and extraordinary lawyers through my involvement in those committees and through immersing myself in many years of networking and people who started out as “mere” professional counterparts are now amongst my closest friends and confidantes.

That support and guidance has had an immeasurable impact on my career progression, not only in terms of work referrals but more importantly in terms of having a network of people you trust; who will support you and be honest with you when you are having a moment of self-doubt or are struggling to stand by an unpopular decision.

And so to Managing Partner

Agreeing to become Byrne and Partners’ next Managing Partner wasn’t an easy decision. I read an article recently that opined that the first step to making a great managing partner was having an easy act to follow. It concluded that “there is never a better moment to emerge than taking over from an awful predecessor”. My predicament is that I am following in the footsteps of a strong, successful and popular predecessor, and so again to lingering self-doubt. Whilst that is undoubtedly one of the many challenges that I will face in my newly appointed role, I will instead focus on my fellow partners’ trust and belief in my ability to lead and continue to take forward a successful and profitable business.

Practically, my other challenge will be to maintain the right balance between the demands of my new management role and continuing to grow a successful fraud practice, not to mention of course the demands of my three year old son!

In conclusion, more than ever I will need to ignore the gremlin; rely on and lean upon my unflinching support network; trust my own judgment and be brave!

Sara Teasdale is Managing Partner at Byrne and Partners LLP. Sara has extensive experience of criminal and regulatory investigations and prosecutions brought by the SFO/FCA/MHRA/DOJ, acting primarily for senior, often high-profile individuals. Notable previous cases include acting for a corporate defendant in the SFO investigation into alleged criminal cartel activity in the pharmaceutical industry; for the former Finance Director of the main trading arm of Cattles PLC in the FCA and FRC cases; and acting for individuals in numerous bribery and corruption investigations including BAE Systems, Sweett Group plc and currently in a Unaoil-related investigation.