International Criminal Law: What Do You Do if You Accidentally Breach Laws? 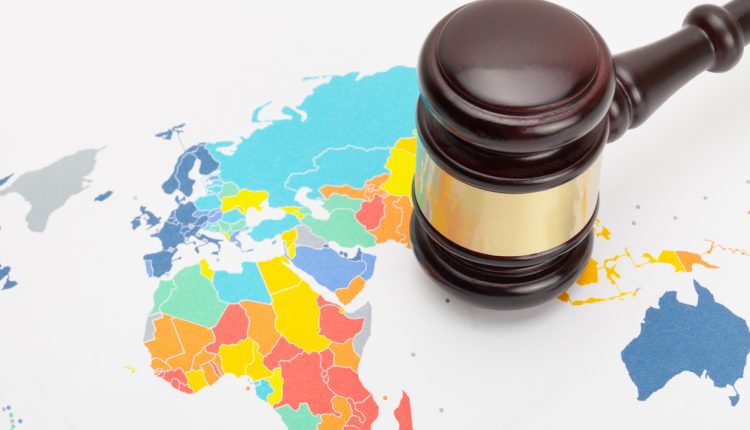 The inherent problem that comes with crimes that are committed extra-territorially is determining which jurisdiction will apply once the offender has been caught.

Additionally, the question remains as to whether such entrenched human rights principles (such as the right to a fair trial and the right to due process) effectively translate to international criminal justice, or whether such fundamental rights are simply lost in a legal vacuum of competing national jurisdictions.

Can you be punished twice for an international criminal offence?

At present, the right to punish the accused of an offence lies with the particular nation state where the offence occurred. However, an individual that faces parallel prosecutions in numerous jurisdictions will encounter different substantive and procedural laws in each country. The fundamental problem for the individual is whether taking a globalised approach to international criminal law will increase the risk of double prosecution and double punishment of the accused. Presently, as long as the offence does not breach the double jeopardy provisions it is possible to be extradited to a foreign jurisdiction at the conclusion of your trial.

The manner and way in which this presently occurs is not subject to any comprehensive guidelines, with the result that persons may be exposed to trials in foreign jurisdictions where the concept of a “fair trial” falls short of international standards.

It is my view that the right to a fair trial needs to become a general principle of international criminal justice so that defendants can present their case under conditions which do not place them at a substantial disadvantage.

What are the most common types of international crime?

The investigation and prosecution of cybercrime is becoming increasingly international with multiple agencies around the world often involved in the process. Individuals and businesses may therefore become the subject of parallel criminal investigations and prosecutions raising complex jurisdictional and procedural issues. By its very nature, cybercrime is borderless and therefore the exposure to penalties outside the jurisdiction where an individual or business is physically located is often a real possibility.

What are some of the challenges in international cybercrime investigations?

Effective investigation of cybercrime and the related proceeds requires cooperation across borders and within different jurisdictions. The institutions involved can include cybercrime units, financial investigation units, Financial Intelligence Units (FIUs) and prosecution services.

Mutual Legal Assistance (MLA) is the formal process of sharing evidence about criminal investigations or prosecutions between countries. MLA is considered as the primary method to enforce court orders, gather evidence abroad (including electronic evidence) and recover proceeds of crime.

Many states rely on mutual legal assistance treaties (MLATs) to govern the MLA process. An MLAT is an agreement between states outlining the terms for managing cross-jurisdictional requests for evidence.

How effective is the Mutual Legal Assistance process?

There have been many criticisms that the Mutual Legal Assistance process is inefficient. Response times to MLA requests can range from 6-24 months, and therefore many requests and investigations are abandoned.

Furthermore, parties appear not to make full use of the opportunities offered by the Budapest Convention on Cybercrime, as well as other agreements for the purposes of effective MLA related to cybercrime and electronic evidence. States can elect to provide MLA without a treaty, however MLATs are the best way to outline a streamlined process. The lack of an MLAT can add to the general problem of inefficiency in the MLA process, magnifying uncertainty around how to deal with government requests for data across jurisdictions.

Where can an international criminal case be tried?

Currently, there is an absence of a coherent and comprehensive set of international rules on international criminal justice that coordinates competing jurisdictional claims. Whilst steps have been taken, through the establishment of Europol and the United Nations Office on Drugs and Crime that have established mechanisms for sharing information (and have even granted authority to perform acts of investigation on their territory to agents of other states), the jurisdictional problem remains.

The absence of even written policies concerning how citizens will be affected by international investigations has the potential to create enormous prejudice to the human rights and procedural fairness of those that find themselves the subject of investigations and prosecutions.

What do you see as being important for criminal defence law firms considering the rise of international crime?

Lawyers now need to be “across international issues”. They need to be capable of gathering evidence from countries throughout the world – in a landscape that is changing rapidly and is very different to even 10 years ago.

There is more cooperation between the law enforcement agencies of different countries, because it’s become “more necessary” and this means that people’s rights have the potential to be threatened in multiple jurisdictions and people can become caught up in much more complex situations than ever before.

A business person might be a naive, honest trader conducting an internet business and without realising it, might have breached the regulatory or security laws of another country.

Or they might be trading in a cyber currency and not have dealt with the different regulatory and security requirements of a number of countries.

People can be arrested and extradited or have their assets frozen and for us this involves awareness of other jurisdictions and the capacity to work effectively with local law firms in those jurisdictions to protect our clients’ rights to a fair trial.

Our role is to deal firstly with the law enforcement and prosecutors of the person’s home country and to advise them about whether there are grounds to resist their extradition. We aim to get involved before the process of extradition starts, since it can be a difficult process to stop once it starts.

This requires a full working knowledge of how Interpol operates. Some countries will arrest a person on the basis that Interpol has issued a ‘red notice’. The system is open to abuse, especially by countries that don’t have extradition treaties.

Which countries and government agencies have you worked with in international cases?

We have been involved in cases concerning the USA’s Federal Bureau of Investigation (FBI) and its Department of Justice and the Serious Fraud Office and the Crown Prosecution Service of the United Kingdom.

We see ourselves as part of an emerging trend of truly international criminal defence law firms.