Will Mindreading Tech Be the Death of Lawyers? 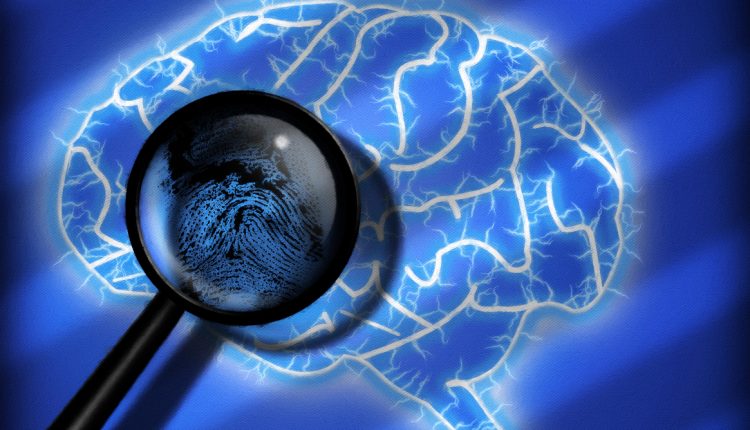 In 1999 James Grinder had confessed to murdering a woman who had died 15 years prior, but soon after retracted his statements, often contradicting himself time and time again. With evidence being decades old, the police were struggling to devise a case strong enough to convict Grinder and so in desperation, the Sheriff decided to turn to a doctor who had been working on something revolutionary. His advanced discovery could help ascertain the guilt or innocence of a subject via measuring their brain activity, which according to the doctor was ‘more advanced and accurate than a lie detector’.

The Sheriff was convinced and following the test Grinder finally pled guilty. This was the first real-world law enforcement use of ‘brain fingerprinting’, which despite being invented 20 years ago, has recently cropped up as a question to whether it will ever be an authentic method of finding the truth in courts for the name of justice. And if it does, what will be the impact on traditional lawyers?

Ever seen the Crocodile episode of the Netflix series Black Mirror? Without giving too many spoilers, it is where insurance companies can use a ‘memory reader’ to back up insurance claims. Clever, right? But of course, if you watch the episode, the device causes more trouble than it’s worth once years of secrets are morbidly revealed, which thus begs the question to how such a device invades your privacy and obviously, the risk of distorted, or manipulated, memory recollection.

Dark, dystopian fiction is no comparison for our current reality, but it does make us wonder and unsurprisingly, we aren’t too far away from technological advancements that were once left in our cinematic dreams. We may not have hoverboards from Back to the Future, but we may soon have driverless cars; we may not have Batman to help fight crime…but we could have mind-reading tech, to help sniff out criminals.

At the moment, it sounds absurd, but sometime last year, there was a report on Australia adopting this ‘mind reading tech’ in their courts[1]. So, what is it?

‘Brain fingerprinting’ or ‘forensic brain wave analysis’ – developed by Dr Lawrence Farwell – uses an EEG (Electroencephalography) to non-invasively measure electrical brain activity. This allows an individual to communicate directly from the brain to a computer and speech synthesizer[2].  If a subject is shown objects or items which pose some significance, their brain waves will react in a particular way, allowing us to know that the individual recognises the item.

The validity is still in question, however, as expected, Dr Farwell reassures us his work is accurate[3]: “Brain fingerprinting testing has proven to be highly accurate in over 200 tests, which included actual criminal cases, tests on FBI agents and tests on military medical experts.”, states Farwell on his website dedicated to his work.

“….My colleagues and I have been published in the leading scientific journals in the field. Dr Drew Richardson and I conducted a study of FBI agents in which we were able to identify FBI agents with over 99% accuracy based on their brain responses to information only FBI agents would know.”

Could it be used in court?

Well, it already has been. The Terry J. HARRINGTON, Appellant, v. STATE of Iowa, Appellee[4], ruled that Terry Harrington, who was serving a life sentence for a murder committed in 1977, was innocent after serving 24 years in prison. Amicus curiae Dr Farwell conducted a brain fingerprinting test on Harrington and the results showed that Harrington’s brain did not contain information about the murder[5]. These results had seen the Iowa Supreme Court ordering a new trial in February 2003, leading to Harrington’s much awaited release in October 2003.

How reliable is brain fingerprinting?

Let’s delve into the process a little more: the EEG will pick up a brain wave known as the P300-MERMER, which ‘is elicited by stimuli that are significant in the present context. Brain fingerprinting detects the P300 responses to words, pictures relevant to a crime scene, terrorist training, bombmaking knowledge, etc.[6]’ The response occurs in 300 to 800 milliseconds, leaving little control for a stage answer[7].

So, if you show a murderer a selection of weapons, alongside their murder weapon, and their brain should provoke the P300, letting us know they recognise it. But, what if the person was exposed to the weapon, but did not commit the crime? Some change in activity would be noted.

Moreover, as aforementioned, the mind can be manipulated: let’s take lie detectors, for instance. Where polygraph evidence makes a good Jerry Springer episode, it is still capricious in nature. In these tests, a person is measured on physiological changes. These ‘changes’ could be due to an array of unrelated factors, for example, if they were measured on their blood pressure; a person’s blood pressure often rises when nervous or stressed, it does not necessarily mean they are lying.

On the other hand, a calm and collected person could manipulate the test, by remaining relaxed whilst lying.

Brain fingerprinting aims to rid such uncertainty by reading subconscious brain activity. Nonetheless, people are still able to suppress their memories[8], as well as repress traumatic memories. These factors could give unreliable results which then have the ability to highly impact any case this tool is being used in.

Critics have also stated that not enough testing has been done on brain fingerprinting in a ‘real life’ situation to prove it will provide solid evidence. Will it show reliable results on those who are mentally ill or neurologically atypical? Scientists are also not fully convinced, claiming Farwell’s work has been conducted ‘secretly’ and not exposed enough for public review.

However, with Dr Farwell being certain his discovery is 99% accurate, should legal experts be worried that technology will take away the fun part of their job? After all, science hugely impacts legal cases; after accidentally stumbling upon DNA profiling in 1984, molecular biologist Alec Jeffreys used DNA to verify the confession of a 17-year-old boy in two rape-murders in the English Midlands, a mere two years post his discovery.

Regardless, I think there is still a way to go.  Human rights are still in question as well as an ‘invasion of privacy’. Our ‘right to remain silent’ will be taken away if someone is prodding our brains for thought.

India also embraced Farwell in 2008, in a case where Aditi Sharma was accused of murdering her fiancé; her responses indicated knowledge of planning to poison him with arsenic and purchasing it for the murder[9]. She was convicted, but the case was overturned, with the Indian Supreme Court stating they would consider such evidence if the person gives consent to be tested. But, consent may not always be given, leaving brain fingerprinting as a possible, new method of interrogation.

However, if more constitutions warm up to the idea, it may cause a ripple effect. Even though some professionals stated that such an adoption of technology is ridiculous, others are equally fascinated. According to Indian officials, law enforcement officials from several countries, including Israel and Singapore, have shown interest in the brain-scanning , which could motivate other jurisdictions to adopt such a procedure. [10]

This could easily change the legal sphere in some countries and whether or not they will be fully prepared, is the question. If the science behind brain fingerprinting is accurate, how much harder will lawyers have to work to fight for a case they truly believe in? We may initially consider mind-reading tech to solve cases quicker, but if all other evidence presents the opposite to the test results, the case may be prolonged with further confusion for the lawyers at hand.

Nonetheless, not only would brain scans cause legal issues with the First, Fourth, Fifth, Sixth, Seventh and 14th amendments of the US Constitution[11], it will never replace a legal professional’s aptitude of representing clients.  Needless to say, it will be a while until brain fingerprinting enters the courtroom, with Neurolaw being a concept some are still getting used to. As physicist Michio Kaku said: ‘The human brain has 100 billion neurons, each neuron connected to 10 thousand other neurons. Sitting on your shoulders is the most complicated object in the known universe.’ And as we are yet to learn so much more about the brain, perhaps time is needed before such advancements enter the court room for it to be effectively used. After all, the Courts which thrive to seek justice need not be the place where we find out Dr Seuss’ ‘I like nonsense. It wakes up the brain cells’, quote to remain true.