Insights into Standing before the EU Court of Justice 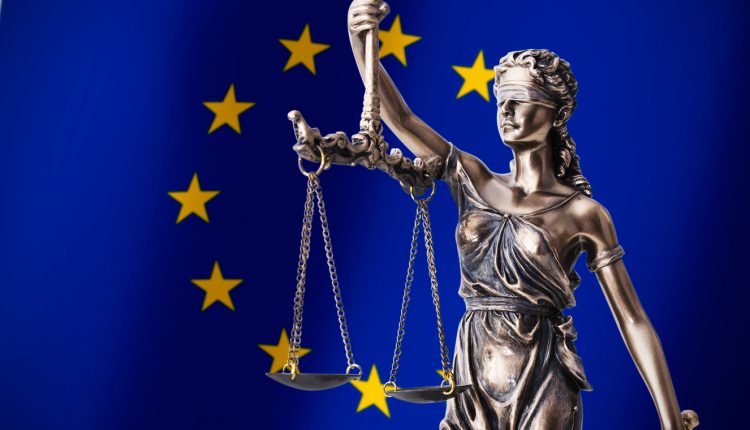 In his role as an attorney, Karsten Hagel-Sørensen benefits greatly from the special understanding of the interaction between law and politics that he gained from working in the central administration. He speaks on his experience standing in the EU Court of Justice and as adviser to the Danish Government.

With years of experience behind you, what do you think had been the most prominent part of your legal career?

Definitely working in the interface between law and politics, especially in relation to EU law and international law. It is becoming more and more common that attorneys are working in this sphere. The reason is that human rights appeal to the authorities’ values and empathy. The European Convention on Human Rights is a balancing of conflicting considerations: On one hand the states’ central responsibility for the public policy objectives, and on the other hand the consideration for the individual citizen. As an attorney I have to articulate the consideration for the freedom of action of the government elected by a public vote. I have helped pave the way for human rights to play a more important role in the everyday life of the Danish people as I was the chairman of the committee that prepared the implementation of the European Convention on Human Rights into Danish law.

How do you prepare for cases when standing in the EU Court of Justice?

The emphasis is on the written presentation in the proceedings before the EU Court of Justice contrary to the situation in Denmark where the oral presentation is more important. An attorney must be prepared to accept this basic condition. Only 30 minutes are set aside for stating the case before the EU Court of Justice. It means that you have to be very specific and extremely well-prepared. The primary objective of the oral statement is also to give the judges the opportunity to ask questions. This is why you have to be able to answer all conceivable questions.

Five judges sit on the bench of the EU Court of Justice in most cases. More important cases are heard by the Grand Chamber. I have conducted several of such cases that have been landmark cases. One example is the Centros case from 1999, case C-212/97, where the Court established that a company with a registered office in one EU Member State cannot be refused the registration of a branch in another EU Member State, even if the company does not conduct any business in the home country. The Danish authorities considered this to be illegal as a circumvention of the requirements of the country in which the branch is situated of paying up a minimum share capital. All the Court’s 15 judges sat on the bench in that case. Another important case was when the Danish Government was an intervener in the T-Mobile Austria/Hutchison case about an auction of 3G mobile telecommunications licences (cases C-284/04 and C-369/04). The case was about whether the tender price included VAT, which the Court ruled was not the case.

Are there any changes you would like to witness in the EU which will help Denmark?

The Danish opt-outs mean that Denmark is not part of EU cooperation on defence, the euro and parts of EU legal policy. Brexit and consequently Great Britain’s break with EU means that Denmark will stand more alone with these opt-outs. As a nation we contribute greatly to the economic cooperation and peacekeeping measures and we fulfil our obligations.

The politicians must decide on the further development, but as an attorney I hope that the cooperation in the EU which has made economic progress possible and removed barriers can continue and develop.

What would you state are the more restrictive EU laws? How does this affect your clients?

The rules on state aid. They can affect the implementation of big and important infrastructure investments. One example from Denmark is the fixed road and railway link between Germany and Denmark, the Fehmarn Belt Fixed Link, where the question was whether government guarantees for loans were in conflict with the rules on state aid. The European Commission ruled that the Danish model for the public funding of the link was not in conflict with the EU rules on state aid. The same applied to the establishment of the bridge between Denmark and Sweden, the Øresund Bridge, where the Danish and Swedish governments gave government guarantees to the company behind the Øresund Bridge. Also in this matter the European Commission rejected a complaint by a shipping company about illegal state aid. But that does not mean that the case is settled.

You take an active interest in EU and human rights; what do you think is the most pressing issue the EU should currently address?

The protection of personal data in a human rights perspective. The EU Court of Justice has already made the much talked about ruling on data security where the Court found that the US cannot be considered to be a safe harbour in connection with the transfer of personal data. The judgment has had serious consequences for many companies transferring data from Europe to servers in the US.

Digitalisation is also a crucial issue nowadays. The Danish Government has decided that all new Danish legislation must be ready for digitalisation, meaning that it must be possible to automate the case handling and the administrative tasks. The target is that legislation ready for digitalisation will generate administrative gains which instead can be used to create welfare. But it is important that the EU has the same target of rationalising as national law. If not, EU law will become a foreign element in national law. The EU should consequently give greater priority to the wish to not just create legislation but also to run legislation, so that the legislation will be easier to understand and be digitalisable.

At Kammeradvokaten (Legal Adviser to the Danish Government)/Poul Schmith we have decided to take the digital agenda quite literally. It means that we are the front runner on the Danish market for legal services when it comes to the development of digital platforms. In recent years we have invested in and developed digital tools that facilitate the legal processes in a number of different areas.

I have a solid background of many years as a senior official focusing on international law and EU law with the Danish Ministry of Justice. In 1991, I joined Kammeradvokaten (Legal Adviser to the Danish Government)/Poul Schmith as a Partner and Co-Owner. As the legal adviser to the Danish State we are directly involved in many of the cases that go down in Danish history and we provide a special synergy across authorities. This is why we always include the broad perspective in our advice and we generally have an innovative approach when working with the law.

In 2006, I had the rare honour of being appointed an adjunct professor at the Department of Law at the University of Aarhus. It was only the second time in the history of the Department that a practising lawyer was appointed a professor. One of the reasons was that I co-authored the text-book on EU law that was used by Danish law students for 20 years and the editor of the leading work containing commentaries on EU law.

Kammeradvokaten (Legal Adviser to the Danish Government)/Poul Schmith is currently the biggest full-service law firm in Denmark and we assist both public authorities and private businesses. The firm is the Danish State’s primary law firm and we have an agreement with the Government to provide legal assistance in all areas of the law. The firm is also Denmark’s leading litigation firm with extensive experience from all courts, including the Danish Supreme Court and the EU Court of Justice. The firm’s long-standing relationship with the Danish State has had a profound influence on the entire firm’s values and access to cases and advice to both private and public clients. We do not only safeguard our clients’ interests. We also think of how the law affects the developments of society as such.