What the Gender Pay Gap Looks Like in Britain 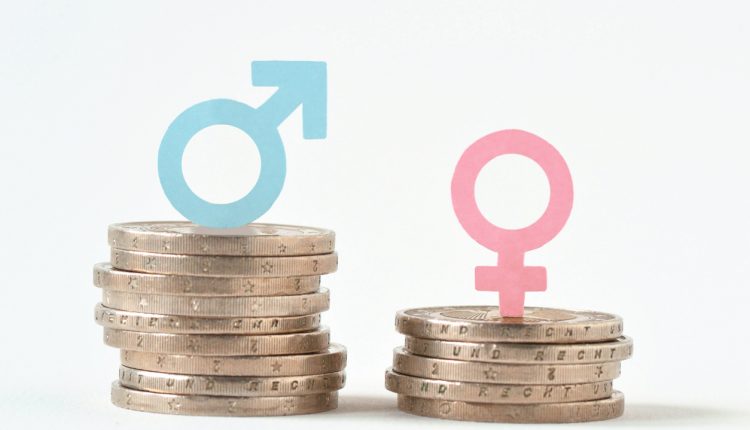 According to the data revealed by the ONS, Britain has the fifth largest gender pay gap in Europe behind Estonia, Czech Republic, Germany, and Austria, but ahead of countries like Poland and Greece. In London, the gender pay gap has barely changed in over two decades, with full-time female employees earning 14.6% less per hour than their male counterparts.

While the gender gap in the UK has been steadily closing, the average woman in the workplace still earns 9.1% less than the average man.

Instant Offices delves deeper into the issue of pay by gender in the UK and the steps that can be taken to bridge the gap.

Data revealed that men working full-time earned an average of £592 a week in April compared to the £494 earned by women during the same period. Additionally, there are certain occupations that have bigger pay gaps than others, with jobs like town planners, musicians, and vehicle and metal goods assemblers with a startling 34% pay gap.

Steps Taken to Bridge the Gap

All UK companies and public sector organisations with 250 or more employees are required to publicly report on their gender pay gap as a result of new government legislation that came into effect in April 2017. At the time of writing, only 3000 of the estimated 9000 companies have come forward and released their numbers, while there have been no reports from the financial services sector.

According to the World Economic Forum, it could take 170 years to completely close the gender pay gap on a global level. The ONS states that in the UK, some of the reasons for the wage disparity include women working in lower-paid jobs as well as being underrepresented in senior roles. Additionally, 41% of women work part-time compared to the 12% of men, which could mean a lower rate of pay.

That said, there are a few things companies could look into to help narrow the gender gap:

Incentivise paternity leave – Businesses can be made more female-friendly by incentivising paternity leave for dads. If fathers have additional paternity leave, mothers can return to work sooner, work more hours and earn more money, while allowing fathers more bonding time with their newborns. Sweden has been a trailblazer since 1974 as there is now a new incentive for dads to spend a full three months at home. Fathers are granted 90 days leave, which is allocated on a use-it-or-lose-it basis, which means that if the father does not take the time off work, then the couple as a whole will lose out on three months paid leave. Shared parental leave was introduced in the UK in 2015, although not all parents qualify.

Subsidise childcare – The cost of childcare can be stressful for many families, with an average cost of part-time childcare being up to £6,000 a year. The UK government covers some of the costs of childcare once the child turns three, but with the nursery fees and travel costs, women on low wages often find going back to work to be a difficult and financially draining decision. That said, some businesses have been stepping in to provide female staff with childcare services. According to research, companies providing childcare services saw reductions in employee turnover, increased productivity, and improved quality in job applicants.

Introduce remote working – In today’s digital world, remote working is becoming more acceptable and accessible to millennial workers, although parents can also enjoy the benefits of working from home. The Fawcett Society, an organisation dedicated to gender equality, has called on employers to provide roles that are flexible, part-time or a job share. According to the TUC, flexible working has real benefits for businesses, with employees proving to be more dedicated and productive.

There is a common misconception that mothers working from home are less ambitious than their colleagues are. On the contrary, according to a survey by Ernst and Young, 64% of working women who enjoyed flexible working hours claimed to have a clear career path compared to 10% of women who worked fixed hours. While flexible working conditions enable mothers to juggle work, childcare, and family commitments, it also allows more time for essential tasks.

Be transparent about pay – Being open and transparent about how much you pay your staff, whether listed in the initial job description or the interview, is a good starting point. Businesses should research market rates for a role and offer a fair salary for the job they are hiring for. It is also a good idea to explain how your business determines salaries and pay increases up front so that the candidate can make an informed decision about joining your company or not.

Ensure that promotions and rewards are fair – Disparity in pay can easily occur when employees are offered promotions, pay raises or bonuses. As a business owner, you must ensure that these are not in favour of male employees and that everyone has a fair chance of receiving a promotion, reward, or salary increase. Whether it is an outright or subconscious bias towards male employees, this can easily get out of hand, therefore putting in place clear and concise criteria for promotions, pay raises and bonuses will help keep things fair.