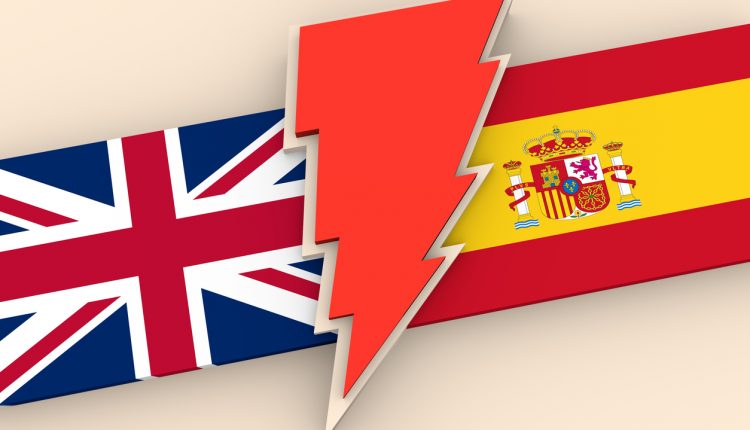 Thousands of UK investors are set to take legal action against Spanish banks for refusing to return deposits on failed property developments.

During the property boom period that started in the 1990s, around 800,000 holiday homes were built in Spain each year. Buyers (a large proportion of them British), ploughed cash into Spanish real estate, with many of them parting with significant deposits and stage payments for off-plan investments.

But many had dreams of long holidays in the sun, retirements spent relaxing on the beach and financial peace of mind shattered in 2008 when the property market in Spain crashed.

This left builders and developers bankrupt, off-plan homes nowhere to be seen, and buyers with very little hope of recovering their money. Official figures showed unsold and incomplete homes totaled 617,000, although unofficial estimates double this number and thousands of British investors were dragged into this financial disaster.

The Centre for Business and Economic Research estimates British citizens in Spain lost a total bill of £5.3 billion. Couple this with the lost interest, which adds around 42% to the total, and the banks were looking at an eye-watering £7.5 billion.

One of the investors affected by the financial meltdown were Mr. and Mrs. Maby. For years they had dreamt of spending their retirement in Spain, attracted by the sun, it’s gastronomy and its way of living. They finally found what they thought was going to be the home of their dreams in a spectacular location near the sea and close to the lively city of Alicante.

After spending their lives working and saving they could not think of anything more exciting.

So, they made the decision to follow their dreams and headed to Alicante on the Costa Blanca, southeast Spain. With more than 2,800 hours of sunshine per year and an annual temperature of 19.3 degrees, it seemed the perfect location to spend their retirement.

After visiting a few developments that, at the time, where just building sites they made the decision to purchase a property on the EL PINET resort. With only a brochure and the promises of the builder, SAN JOSE INVERSIONES Y PROYECTOS, they took a risk and purchased the property off plan, securing it with a 50,100 euros deposit. Mr. and Mrs. Maby signed the purchase contract on 28 October 2004 and after 13 years the property remains unfinished.

After waiting four years for the dream home to be completed, in 2008, the Maby’s were given the devastating news that SAN JOSE INVERSIONES had gone into bankruptcy and the company had been liquidated.

It is impossible to imagine the stress that Mr. and Mrs. Maby and the 965 other investors experienced following the collapse of San Jose Inversiones, but as almost 70% of them were British it must of felt like their future happiness was being taken from them and there was little that they could do about it.

Without knowledge of the Spanish Law and being far from the place where they had invested their money, the 965 were lost and forgotten and there seemed know where they could go for help?

Many of those affected by the collapse had invested their entire savings and so, although it seemed ridiculous to walk away from such a large investment, they could not afford the risk of financing legal actions, as failure would have been unthinkable.

Not only was Spanish property law completely different to Britain’s, there was no one to take action against as the builder had gone into bankruptcy. They were facing the stark realization that all their money was lost, and it would be impossible to get it back.

During the years that followed the collapse of many real estate developers in Spain those that lost their savings faced confusion and uncertainty.

Mrs. Maby was distraught at the lack of support. “We had little or no assistance from lawyers, they were simple not prepared to fight our cases, despite the fact that the law that was supposed to protect us dated back to the year 1968.”

After years of back and forth the judges had not managed to dictate anywhere near enough judgments to clarify a solution to the conflict. The clients, who had been represented previously by other law firms in Spain, felt disappointed and demoralised since no one was able to help them.

They did not trust the Spanish legal system and they had just lost the hope of recovering the money invested. They thought that their dreams had vanished forever.

In 2016 Pilar Alonso, a Spanish lawyer at ALONSO HARO SOLICITORS in Spain but with offices in Bolton and Manchester, approached Mr. and Mrs. Maby with the news they had been waiting for. Mrs Alonso, who runs the law firm jointly with Carlos Meoro, explained to the Mr and Mrs Maby that there was no reason to give up and that there was a way to recover their investment by taking proceedings against the bank where their investment had been transferred.

Mrs. Alonso explained that legal actions could be taken against the bank where their deposit were being held as they had an obligation to guarantee the amounts deposited in their accounts. She told them that the chances of recovering their deposit were very high.

The fact that Mrs. Alonso was established in UK, was familiar with the aforementioned law and had previously helped almost 200 clients in the same situation reassured Mr. and Mrs. Maby needed to trust Mrs Alonso and her team.

There was also the fact that no fees were requested up front and that only in the event that the case was won would fees be payable. Mr and Mrs Maby went ahead with the case.

Court actions against the bank started in September 2016 and following sixteen months of protracted hearings, Mr. and Mrs. Maby recovered their full investment.

“I would like to thank you and the team at Alonso & Haro Solicitors for all your excellent work and perseverance in recovering our investment in the El Pinet resort. It was an investment we had lost hope in recovering. I am very happy that you were able to diligently work through the challenges that prevailed and keep us informed of the progress, culminating in the return of our money from the banks. I would have no reluctance in recommending you to anyone else considering undertaking the recovery of funds from a property investment”, Mr and Mrs Maby said.

Speaking after the case Mrs Alonso said: “There are still thousands of British investors out of pocket and many of them have no idea that there is a ruling that would mean they could recover the money they have lost.”