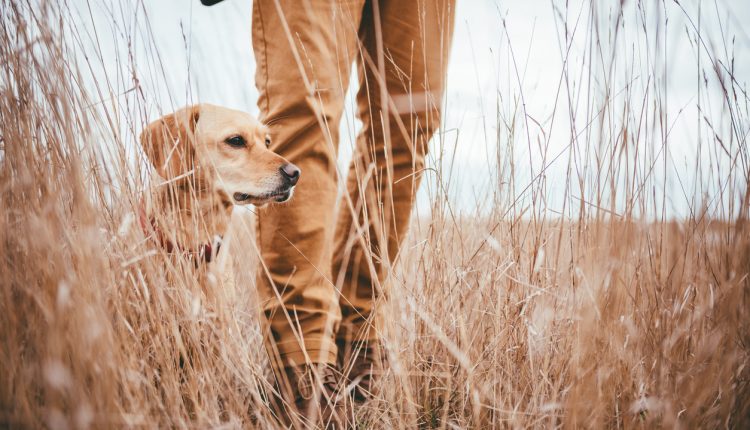 Sporting rights generally comprise the rights to short, hunt or fish on a specific measure of land. But when it comes to buying, selling, renting or leasing land, what power do sporting rights have and what part do they play in the real estate game? Lawyer Monthly hears on this from leading landed estate management lawyer at Hunters Solicitors, Jonathan Thompson.

Although often side-lined to a reservation in a conveyance of land or a tenancy, or a minor point in heads of terms, sporting rights are in fact regularly the landowner’s or farmer’s passion. They can be both personally and commercially important to the owner and/or tenant. But what exactly are sporting rights? If they are to be exercised, what is that person actually doing?

It is estimated that shooting injects £2.5 million into the UK economy and no doubt fishing and hunting inject similar amounts.

Birds and animals on land do not belong to anyone until killed or placed in to a person’s possession. If a landowner gives, leases or allows another person to exercise the sporting rights, the landowner is granting a profit a prendre to carry out those activities.

What is game? Well, there is no one definition and it can – to a certain extent – be what you want it to be. However, the most common definition is contained within the Game Act 1831. Various acts such as the Night Poaching Act 1828, the Poaching Prevention Act 1862, the Game Laws (Amendment) Act 1960 and the Ground Game Act 1880 have different definitions. The case of Jeffries v Evans (1865) held that game was “generally understood as including anything that is usually hunted for, shot for and sported after… excluding small birds and vermin which are beneath the notice of a sportsman”. Further, there are reared and wild game birds. The case Pole v Peake (1998) found that unless otherwise stated, game includes reared birds, the rationale being they become free to roam once the release pen fences are taken down.

It is important to be as precise as possible in documentation when defining game.

Land and sporting rights are rather like two pieces of velcro. They are stuck together but can be separated. When selling or letting land, unless they are specifically mentioned and not (previously reserved), the rights go with the land.

Even if the land is registered, the Land Registry may not have noticed a divorce of sporting rights from the land, especially if this was done prior to the Land Registration Act 1925. Sporting rights can be specifically reserved out of a conveyance of land, or they may have been accrued to a landowner by having been reserved to the lord of the manor. It is very important when buying or selling agricultural land, particularly if sporting rights are important to a buyer, that this point be investigated.

There are lots of points to consider when letting sporting rights: what game is to be pursued; are there any buildings; is rent to be paid; if there is to be a break clause; who is to control vermin; where will vehicles park so as not to cause problem; how many guns can use the sporting rights; where can guns stand (not in the kitchen garden!); and which woods beaters can walk through are among many questions – If dealing with an agreement in relation to deer stalking, then you want to be prescriptive about qualifications to handle firearms and safety issues, even more so than driven game shooting.

The main concern is to ensure that there is synergy and no conflict between the landowner, agricultural tenant (or other tenants) and the sporting rights tenant or user. For the sporting tenant, there will be certain issues, not least making sure that what they want in terms of   cover crops accord with either the landlord or the agricultural tenant and the latter’s cropping plans. Also, if there is any damage by game to crops, then the tenant will probably be obliged to compensate the agricultural tenant, rather than the landlord whose responsibility it is otherwise.

If land is sold off and sporting rights reserved, then the rights need to be carefully drafted as to exactly what is being reserved and where it can be carried out.

This is reiterated by the 2017 High Court case of Fuller v. Kitzing, which confirmed and expanded upon various previously understood points. The case provided that the right to preserve and rear game does not include the right to introduce poults (young birds) automatically; nor the right to erect pens and other artificial devices; nor the right to feed game birds already present on or above the land in question, even if they have been introduced on neighbouring land as poults in pens and later released into the wild. This demonstrates the need for very careful drafting in any sporting rights clause or document.

A landowner has to be careful when sporting rights are let/licenced to a third party. Landowners are not prevented from using the land in a normal way, but they cannot intentionally affect a sporting tenant’s rights. It really is a matter of subjective judgment. A landowner can carry out the activities he wants unless he threatens or destroys the rights which have been let

In summary, like all other land management aspects, a landowner and his professional advisers should consider all the commercial interests, both at present and in the figure, for any sporting rights to let. It would be tricky to have a multi-million-pound development prevented for ten years, because of a recently completed sporting rights lease.

Sporting rights also apply to fishing rights. There are further complications as these are subject to the Fresh Water Fisheries Act 1975 as amended by the Marine and Coastal Access Act 2009.

The categories of fish tend to be fresh water eels, salmon, trout and sea fish. Under public law a person may not fish unless he has a rod licence and under private law the permission of the owner of the fishing rights. It is quite possible to own either the bed of the river over which the water and fish pass or swim, or just the fishing rights. A fishery owned with land is termed a corporeal fishery and a fishery owned without land is an incorporeal fishery.

River fish are wild, like game, and have no rights of ownership attached to them until they are caught and reduced into someone’s possession. Still waters are not so clear but I would argue that it is the same situation. However, they could be the property of the person that put them there.

Riparian rights are very common in agricultural conveyancing and these are that the owners of a fishery have the right of free passage of fish for his fishery together with the right to catch every fish that goes to it. So it may be implied that there are rights of way to a river over the adjoining land.

When exercising these rights, there is the ad medium filum aquae rule which is that where land abuts a river, in the absence of any documentary evidence, the adjoining landowner owns out to the middle of the river.

This is further emphasised by the Scottish case of Fotheringham v Passmore which held that a fisherman could cast his line across the middle of a river but cannot cross it himself.

Whilst these seem rather pub-quiz facts, they can in fact be quite important points in the conveyancing process.

In terms of fishery leases, much the same points arise, but the landowner may want to think about use of boats, stocking levels, nets, bag limits, numbers of fisherman and lease of adjoining banks. What happens at the end of the term: is there to be provision for the removal of fish or compensation made payable to the tenant? The identity tenant of a sporting rights lease (be it shooting or fishing) needs to be checked. A tenant might be phrased as a particular fishing association or shooting syndicate, but they are not a legal entity. It needs to be leased to individual members or trustees.

In summary, therefore, sporting rights are a quite involved and complicated area, but one that is quite entertaining to pursue, be it in drafting documents or on the ground.