Hitting the Brakes on Road Accidents 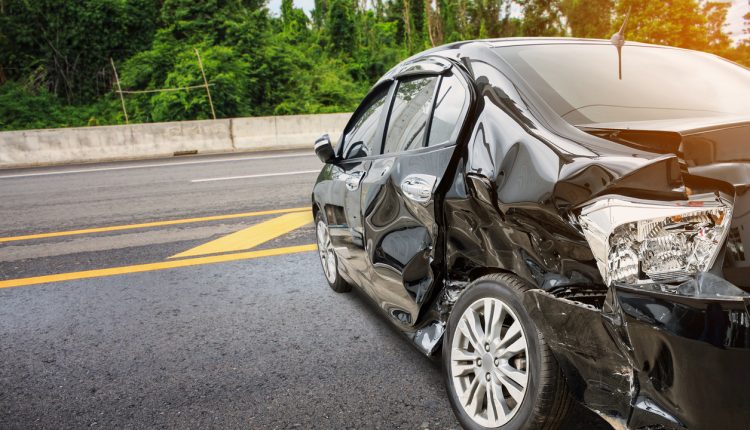 Road Traffic Collisions (accidents) are common; in 2016 alone, there were a total of 181,384 casualties of all severities of which 1792 were reported road deaths. Making the roads safer is a never-ending concern and obtaining justice for the victims of these accidents (collision) can be difficult. Michael Corrigan is a Collision Investigator and he speaks on how tech developments have impacted his role as an expert instructed on such collision disputes.

How has the role of a Collision Investigator changed?

The role of a Collision Investigator has changed, I used gather the evidence at the collision scene in the form of skid marks, ephemeral data and the position of debris to work out the movements of the vehicles up to the point of impact. This would assist me in explaining what happened at impact to a Criminal or Corners Court.

The development of evidential data recorders (EDR and EDU) and the fitting of insurance companies’ black boxes now assist in locating vehicle movements, and assessing braking/impact forces, at the point of impact. This information can be used with 3D computer modelling to prepare the evidence to use the full collision circumstances.

Can you give an example to how accident reconstruction has enabled the Court to come to a conclusion?

There are cases where there are no independent witnesses and/or recorded evidence which could have been used to form an opinion as to the movements of the vehicles.

For example, in a Car -v- Pedestrian road traffic collision. The only person able to give any explanation is the driver. For a number of reasons, he or she may not be able to give an exact account of the events how they occurred.

The damage profile of an impact with a pedestrian to the front, bonnet and front screen of a vehicle can be used with some accuracy to explain the direction of travel of the pedestrian immediately prior and during the impact.

When a person who is walking/ running is struck by the front of a vehicle, they maintain some of their momentum and therefore continue in their original direction of travel. Normally, this results in  diagonal impact points on the front bumper, the leading edge of the bonnet, within the centre of the bonnet, and on the front screen. Markings often start above the front nearside headlight and then move diagonally with the impact point on the front screen on the centre line towards the driver’s side. These would indicate the pedestrian was walking/running from left to right at the point of impact.

In addition, if a pedestrian is struck by the front of the vehicle and lands on the road surface (commonly referred to as the ‘Pedestrian Throw’), the distance they move can be used to calculate the speed of the vehicle at the point of impact.

In most cases the pedestrian is not actually thrown forward but rather picked up onto the front of the vehicle, striking the leading edge of the bonnet, then onto bonnet and impacting against the front screen. As the vehicle brakes the pedestrian maintains the majority of the speed for the vehicle and therefore if not trapped/held continues in that direction before landing on the road and sliding to their post-impact stationary position.

In most cases, at the point where the pedestrian was crossing i.e., the zebra or pedestrian crossing, and their post-impact position on the road which is indicated by the area where they lay, can be measured and this is used within the mathematical calculations of Pedestrian Throw.

I have used this doctrine in the explanation of pedestrian movement to explain to a Court the direction of travel for the pedestrian immediately prior and during the impact phase which may have been at odds compared to to the recollection of the driver.

Great care has to be taken explaining this to a Court, as it is normally in the presence of the relatives of the deceased and this does give a harrowing explanation to the last moments of a person who is involved in a Car -v- Pedestrian road traffic collision.

How has 3D computer animation affected your work as an expert witness and how has this thus impacted the Courts? Is it now a commonly used process?

A computer animation will not replace the expert witness collision investigator. There will still be a requirement to evaluate the witness statements and the physical evidence from the collision scene to understand the movement of objects and the physics involved in a road traffic collision.

One of the dangers of a 3D computer animation of a road traffic collision is that it may have been prepared incorrectly.  As it is a visual representation of the events, this may have a greater effect on a Court.  A Collision Investigator may then give oral evidence explaining how it occurred that is correct in all of the detail and it is therefore important that an animation is based on the correct facts and is presented to the Court in an appropriate way.  I can combine both skills.

From this, are there any technological advancements you are hoping will be better embraced by the Courts?

One of the major areas of advancement would be the better use of evidential data recorders (EDR and EDU) which would record a number of parameters for example time, date, location, speed, acceleration and deceleration forces which are useful tools for the collision investigator. This information, in conjunction with the evidence from the collision scene, assists in forming an opinion regarding the driver’s behaviour and movements up to the point of impact.

What is the most challenging aspect of analysing CCTV and how did the CCTV analysis course help enhance your work as an expert witness?

CCTV camera systems are becoming commonplace within all major urban areas, these are not restricted to local authority monitoring systems for disorders in the street.  They include, for example, individual units set on buildings for security reasons. The static CCTV unit which is positioned to view the front of dwelling houses or shop premises can give a view of parked cars within a driveway, pavement, kerb edge and the road itself showing passing vehicles.

I have used views from a dwelling house CCTV of the road immediately outside to assess the speed of a passing vehicle over a time of as little two to five seconds. This short length of time is such that it would not be possible to measure a distance on a road to obtain a speed from the displayed time only as this would be inaccurate. It is possible, knowing the frame rate per second, for the CCTV images to be used in a number of different procedures to calculate the speed of the vehicle

The development of CCTV units within vehicles (commonly referred to as DashCams) also give a good view of the road ahead, depending upon the system fitted to the vehicle. However, there are limitations, for example, a fixed camera pointing ahead does not show the view available to the driver as they can move their head round to obtain a better view out of the vehicle.

What is the most challenging aspect of undergoing an investigation and how do you overcome such challenge?

When carrying out an investigation requiring a reconstruction within the collision location as  a collision investigator, it is sometimes not possible to obtain the assistance of the Police and/or local authority to close roads.

All collision location inspections should be carried out at a time to give a similar light level and traffic flow as those that would have been prevailing at the time of the material road traffic collision. I am somewhat critical of some collision investigators who carry out location inspections during daylight hours when the collision clearly occurred in the dark.  This may be because it is safer to do so.  Some investigators then attempt to imagine how the darkness and reduced visibility would have affected the parties involved. I think it is essential to start the investigation firstly in daylight hours to obtain measurements and then to return later when dark to carry out the necessary appraisal of the available views.

The role of a collision investigator is an ongoing development in the use of new procedures and systems and as such there is a need for a continued professional development.

The new systems and procedures greatly assist the collision investigator, but it is only with experience gained fromattending a large number of collisions and from using the available evidence that I am then able to explain to a Court precisely  what happened, and the physics involved, in a road traffic collision.

SS&G is a leading UK firm of Consulting Forensic Engineers with over 50 years’ experience of providing a comprehensive, world- wide service in all technical aspects of legal, insurance and commercial investigations. We are proud of our reputation for providing clear, unbiased advice and assistance in this highly specialised field.