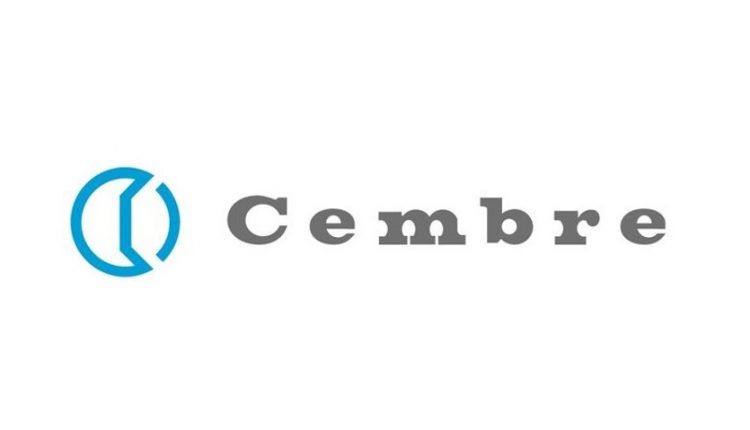 Cembre S.p.A. informs to have signed, assisted by “Studio Tributario e Societario Deloitte” as tax advisor, the agreement with the Tax Authority defining methods and criteria in order to calculate the economic contribution to the production of intangible property income for the purposes of the so-called Patent Box regime, with reference to fiscal years 2015-2019. The agreement allows Cembre S.p.A. to achieve a tax benefit for 2015 around 934 thousand euro, calculated by the Company, together with the above mentioned consultants, on the basis of the methods and criteria defined in the mentioned agreement; the tax benefit for 2016 is in the process of being calculated and will be communicated as soon as available. The benefit for 2017, 2018 and 2019 will be calculated when the financial statements for the respective years will be drawn up. The Patent Box represents a tax relief regime, introduced by Italy for the benefit of companies generating income through the direct and indirect use of intellectual property rights, patents, trademarks and other intangible assets; with reference to 2015, the benefit is determined by excluding from the taxable income 30% of the income attributable to the use of intangible assets, for 2016 the rate is 40%, while for the three-year period 2017- 2019 it is equal to 50%.

Interview with Aldo Castoldi at Deloitte

How is this deal a positive one for the respective companies and the jurisdictions they are based in?

This deal has allowed the Company to access the Italian “Patent Box Regime” and benefit from a 30% to 50% exemption from both corporate income tax (levied at 24%) and regional income tax (levied at 3.9%), on the income attributable to the exploitation of intangible goods for a five year period, including FYs 2015-2019 and for a total estimated cash benefit in excess of Euro 7Ml; in addition, since it implies a periodic communication flow between the Company and the Tax Authority, it will enhance Cembre’s relationship with the latter, helping reducing the risk of future tax disputes. On the other hand, the deal is part of the extraordinary effort made by the Government to incentivise R&D activity in Italy and, possibly, encourage repatriation of valuable intangibles in order to stimulate and consolidate economic growth.

As tax adviser to this deal, were there any specific challenges you faced?

The deal implied, among others, detecting, defining and analytically describing intangible property eligible for the Patent Box regime, as well as the conclusion of a complex transfer pricing ruling with the Italian Competent Authority, since the aforementioned “Patent Box Regime” requires the use of transfer pricing techniques to evaluate the share of the taxable income of the applicant attributable to the exploitation of intangible goods. During the negotiation, it had therefore been necessary to perform a thorough functional and risk analysis and a full transfer pricing study based on a “residual profit split” methodology. The study was then submitted to the scrutiny of the competent tax officers, revised and modified a few times and eventually approved after long discussions. Indeed, closing a Patent Box Ruling may well be harder than an APA, because whilst the subject of the latter is “just” the suspension of any TP audit – provided, of course, that the applicant respects the content of the agreement – for its whole duration, a Patent Box Ruling allows for getting tax credits which could be immediately offset against any other tax liability or asked for reimbursement.

How did you guide your team around such challenges?

I have been leading negotiations with tax authorities for many years now and used the extensive experience accumulated therein to help building a “bridge” between the Company’s and the Tax Office’s positions, which were initially pretty far from each other. We worked in getting them gradually closer,  to some extent, by being sufficiently flexible as to adapt our analyses to (some of) the suggestions/requests made by the Office (for instance, with reference to the exclusion of certain “comparables” from the benchmark sets used to determine the routine profitability), but also politely, yet firmly, rejecting them when we deemed they were unfounded or unfair to the Company. Of course, technical accuracy and consistency played a very important role in persuading the Tax Authority of the good reasons of the Company.

Why were Deloitte the perfect team for this deal?

Our transfer pricing and R&D incentives teams are leader in their respective markets and, besides participating in both public and reserved consultations to help “refine” the Patent Box regulations, we have closed already many Patent Box deals. In addition, having been serving Cembre for many years now, we have got an extensive and in depth knowledge of their business and organisation, which had revealed extremely helpful to drive the Tax Office closer to the Company’s requests; furthermore, we were absolutely well placed to both drafting the application and conducting the negotiations to a successful outcome.