Why You Should Open Business in Brazil 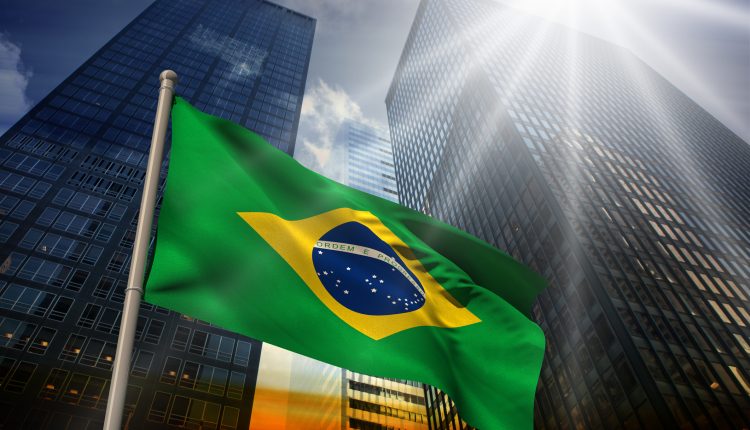 Ronaldo Apelbaum speaks to Lawyer Monthly all about tax in Brazil; where the country needs to focus on certain tax issues, Ronaldo reassures us that movements are starting to address such problems, and touches on what companies should do to avoid causing tax issues in the future.

How has the business sector progressed over the past few years in Brazil?

In 1994, when Brazilian developed a new economic policy that put under control high inflation and brought stability to our currency, our gross domestic product (GDP) grew a lot on the following two decades. Also, we opened our market for multinationals and billions of dollars were invested here. Our agriculture, services and industries became relevant. On the other hand, this prosperity was not reverted in real social, human and education development. Moreover, our authorities and policymakers did not care about tax, labor and retirement reforms that were, and still are, extremely necessary for Brazil, too. Beginning in 2014, when our economy started to decrease, we perceived that we were not prepared for bad periods. Due to this, we have been suffering a lot with high rates of unemployment and lack of resources for new investments.

As I mentioned before, our agriculture is very relevant, modern and represents – with no doubt – our most relevant economic sector. New energy sources, finance and IT services are also relevant and will be responsible for reverting this bad scenario in 2018. Other sectors still depend a lot on political changes and reforms.

Do you think there could be any changes related to tax issues which could further allow Brazil to progress?

In the last 20 years, tax reform has become a daily issue in our challenges and people talk a lot and invest time on that. We have around 90 taxes in Brazil some of them need to be paid on the same basis, same facts. For instance, if a Brazilian company import services, they will have to pay withholding income tax, CIDE, ISS, PIS, COFINS and IOF on top of that. Usually, around the world, only withholding income tax shall be paid, so we ask why in Brazil do we need to pay six different taxes? This does not make much sense, but unfortunately that’s not the only issue.

The big issue, in my opinion, is to eliminate our heavy bureaucracy and to definitively change the relationship between the state and the citizens. Tax authorities and taxpayers act as if they are big enemies. Like Tom & Jerry, one is always teasing the other. As a result, total tax contingencies in Brazil under discussion is around USD 1 – 2 trillion (around 80% of BR GDP) and a tax discussion may last around 20 years to be finalized. And more: if you are a good taxpayer and make a single mistake in the tax calculation, you may receive a tax assessment with huge fines as if you were the worst taxpayer in the world. The result is that now several people and companies, especially the medium-sized ones, only pay taxes when they are forced to do so or when they receive big and openhanded discounts. Here in Sao Paulo State, where APGI Advogados is located, tax authorities are working in a new legislation that allows different treatment for good and bad taxpayers.

Therefore, reducing the rates and amount of taxes may help, but what we really need is to change the way people, companies and authorities behave to get what we really want for the future of Brazil. We need to care more about the country and less about immediate gains and losses.

What more do you think the government could do to gain the most out of taxpayer’s money, without having to increase tax prices?

Increasing tax prices and rates is impossible in Brazil. People are tired of paying taxes without receiving good results. Our taxes represent 37% of our GDP, but the middle-class families pay for the biggest part. We have more that USD 1 trillion in taxes under litigation and some economic studies shows that we have around USD 200 Billion of tax evasion every year. Brazil does not need to increase taxes, but needs to collect the ones that already exist! It’s not fair that a big company may delay tax payments for 15, 20 years and, at the end of the day, receive huge discounts in special tax amnesty programs.

One other relevant issue is related to tax breaks. Several institutions in Brazil do not pay tax because the Government believe that would not survive without these incentives (churches, universities, companies located in the Amazon Rain Forest, are some examples). Some types of business pay much more than other ones, and we also need to equalize that. Great news here is that this is now becoming a big discussion in Brazil…let’s see if we can break political resistance and make a deep change on this point.

What is the best method for international corporations to take in regard to tax management?

I have worked for large multinational companies in Brazil and Latin America, like Santander, Hewlett-Packard and Capgemini, managing tax departments, and always dealt with desperate reactions of my leaders in USA and Europe about the Brazilian taxation system; I know that it can be hard to deal with. The first thing, and the most important, is to understand that Brazil is unique. Managing taxes in Brazil is much more about risks and cultural issues.

For instance, Brazil wants to be part of OECD, but doesn’t accept the OECD rules for transfer pricing calculation. The base erosion and profit shifting (BEPS) initiative will be applied here only if there are no reduction on taxes collected by Brazil.

In the recent past, we used to have tax departments with more than 100 people in Brazil. However, nowadays, Tax IT is dominating compliance issues and creating a new environment for such departments. To be really safe about doing business in Brazil, international corporations need to have a local manager or consultant that is very experienced and able to deal with tax authorities, lawyers and risk management.

On the other hand, for tax calculation, we have now great systems and software created by local companies that can make your tax compliance without scaring CFOs. Finally, other functions like reconciliation and tax accounting can de done abroad, in countries where employees are less expensive when compared to Brazil. We have seen a lot of work being transferred to Mexico, Costa Rica, Philippines, India or Central Europe.

Of course, when we talk about tax environment in Brazil, it’s hard to show a positive view of our facts. But our country has a lot of good aspects that attracts a lot of business and international companies: we have more than 200 million people that want to become part of a consumer market. The state is still responsible here for providing basic education, health and other bare necessities to people. But this is changing, and more and more market and private companies will be responsible for giving the essentials to people.

What’s important about Brazil is to not ignore the risks from the very first day you start your business here. Tax, Labour, Regulatory rules, everything is so complex and does not always make sense to the people that are from developed regions. Local and experienced tax and legal professionals are really essential for successful business in Brazil, and a lot of international companies are making tons of dividends for shareholders, so why not come to Brazil?

Graduated from São Paulo University Law School (USP) and a specialist in Tax Law, Ronaldo Apelbaum has practiced for 20 years as consultant and tax manager in Brazil and Latin America for multinational companies such as KPMG, Banco Santander, Hewlett-Packard and Capgemini. He was appointed as Vice-President of the 1st Section of the CARF (Federal Administrative Court of Appeals) during the period 2015-2017.

Focused in consulting, tax planning, in the administrative and judicial tax litigation, as well as in the advising about the taxation of individuals and families in Brazil and abroad.

APGI Advogados is a law firm based on the 20 years of experience of its partners in the advice to legal and financial departments of important national and multinational companies. Our firm is associated to the CAMARBRA – Argentinian & Brazilian Chamber of Commerce and official law firm of the Trade Council of Denmark in Brazil.

We practice in the main areas of the corporate, contractual and tax laws. For individuals, we provide advice in the structuring and protection of their business and in succession law issues. We also practice family law, acting in the interests of minors, couples and their relations, including homosexual relationships.

Who Are 2021’s Star Players in Digital Legal Marketing?