Was #MeToo appropriate and effective for tackling sexual harassment? In this article, we try to answer how social media has changed such claims in law. 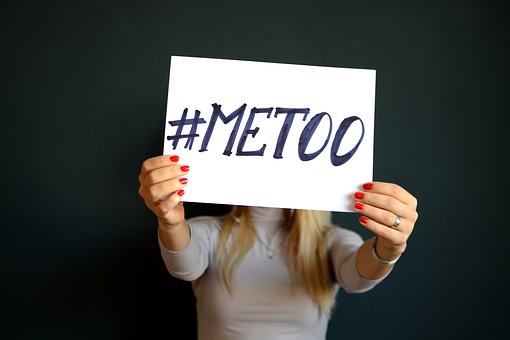 The end of the year inevitably tends to get colder and slightly more depressing, and without a doubt, 2017 saw the news and reports on a wide variety of sexual harassment cases following suit to the dark nature of winter.

Hollywood film mogul Harvey Weinstein is the one who seems to have started this twisted trend. Word came out in October that there was a list of sexual harassment claims against him; the list got longer as time went on, but surprisingly – for some more than others -, this ignited a spark to set alight to all other [accused] sexual assaulters. From actor Kevin Spacey, comedian Louis C.K, DC comic editor Eddie Berganza, to defence secretary Michael Fallon and other influential politicians, the list of allegations grew; some were fired, some meekly apologised, and some rejected all claims.

When is sexual harassment ‘wrong’?

(Always, of course), but a common reason to why the alleged assaulters refuted claims or apologised with a remixed version of Charlie Rose’s classic: “I always felt that I was pursuing shared feelings, even though I now realise I was mistaken”, is because they believed what they were doing was not ‘wrong’ at the time.

So, what is classed as ‘sexual harassment’? The Equality Act of 2010 defines it as: “unwanted conduct of a sexual nature which has the purpose or effect of violating someone’s dignity, or creating an intimidating, hostile, degrading, humiliating or offensive environment for them.”

We cannot get too excited thinking that there is legislation to support victims, as the Act is still ambiguous in the sense that it does not, and possibly cannot, define the line between ‘banter’ and humiliation.

We could delve into the several reasons behind why sexual assault still occurs in the 21st century: from engrained evolutionary desires to downright ignorance and insensitivity, but there is no singular reason to why it still occurs. What has changed, however, is the power of technology.

On average, around one in five women report sexual harassment claims, but only 80%, according to the TUC report, found that nothing changed and 16% said that the situation worsened afterwards.[1]

A lot of people fear reporting such crimes due to the fear of being humiliated, not believed or making the situation worse. However, after Weinstein’s allegations came to light, the #metoo movement helped reveal further harassment claims, showcasing a united powerful movement to tackling sexual harassment.

Has social media given a voice to victims?

“Social media has changed the game when it comes to sexual harassment and assault claims,” says Justin Parafinczuk a Board Certified Civil Trial Attorney at Koch Parafinczuk Wolf Susen.

We should not underestimate the power of the voice that Twitter, Facebook and Instagram gives us. We are all aware of Trump’s famous fake news tantrums, and we should acknowledge the dire consequences of false claims. One tweet instantly erases the traditional ‘innocent until proven guilty’ notion and twitter ‘warriors’ from all over the globe will come to defend the mere words from one status update.

“On one hand, victims have a tremendous amount of power to confront their abusers, publicly and directly like never before. On the other, victims should be careful to make sure they have real support for their allegations or they could be looking at being sued themselves for defamation or libel.

“And, yes, I think in many of the much publicised cases, there have been some automatic assignments of guilt just based on the allegations,” explains Justin.

Such accusations, whether false or true, will make it difficult to find a non-biased jury. When cases have already been widely reported, the Courts will struggle to come to a verdict without being previously influenced by reports they have seen.

Justin supports this notion, by explaining: “I have no opinion as to whether it is right or wrong to make that assessment, but it will be very difficult to get an impartial jury in those cases. But, I don’t foresee very many of these cases ever coming close to a trial. It just doesn’t really make sense for anyone involved, especially if a settlement can be reached.”

An item must be authenticated[2] before it is used as evidence and courts are reluctant to accept twitter posts due to there being significant potential for manipulation and abuse. All in all, social media has the same effect as walking into the police station and verbally reporting a crime.

“I think equality is an overarching issue for all this, but it still comes down to just a basic moral judgment of what is right and wrong. People ought to be putting their foot down and say this behaviour will not be tolerated,” says Justin.

The recent sexual harassment allegations have made us question whether or not such cases are rising, but the dismissed concept is that nothing has really changed; the powerful will continue to have the option of abusing their authority, victims will always feel humiliated and sexual harassment claims will remain a “he said, she said” battle. The only thing which has changed is that social media has proven to connect those globally, providing a voice which may help towards fighting such injustice.