Player to Sue the Whole of NFL Over Collusion 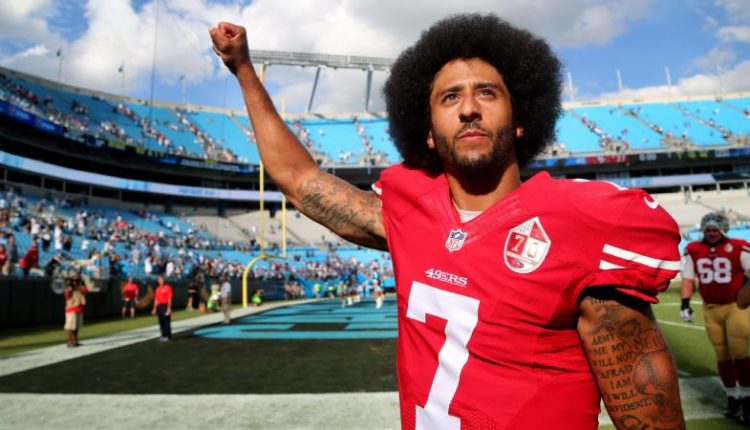 US quarterback and former San Francisco 49ers player Colin Kaepernick is taking legal action against the entirety of the NFL’s team owners on grounds of collusion.

According to Mike Freeman of Bleacher Report, Kaepernick has hired an attorney and will claim NFL league team proprietors have colluded to keep him unemployed and out of the game. Such action is against the NFL’s Collective Bargaining Agreement.

Last season Kaepernick chose to kneel during the national anthem. This resulted in the San Francisco 49ers eventually getting rid of him, and other football teams refusing to employ him. Consequently, other players, this including seven San Fran 49ers players last weekend, have took to kneeling during the anthem. This has in turn infuriated US president Donald Trump who is against the rebellious movement.

According to the Guardian, Kaepernick’s attorney Mark Geragos has stated: If the NFL (as well as all professional sports teams) is to remain a meritocracy, then principled and peaceful protest – which the owners themselves made great theater imitating weeks ago – should not be punished and athletes should not be denied employment based on partisan political provocation by the Executive Branch of our government.

“Such a precedent threatens all patriotic Americans and harkens back to our darkest days as a nation. Protecting all athletes from such collusive conduct is what compelled Mr Kaepernick to file his grievance. Colin Kaepernick’s goal has always been, and remains, to simply be treated fairly by the league he performed at the highest level for and to return to the football playing field.”

This is now a highly debated discussion around the US sports sector, and in the legal world. Do you think collusion action is the way forward?