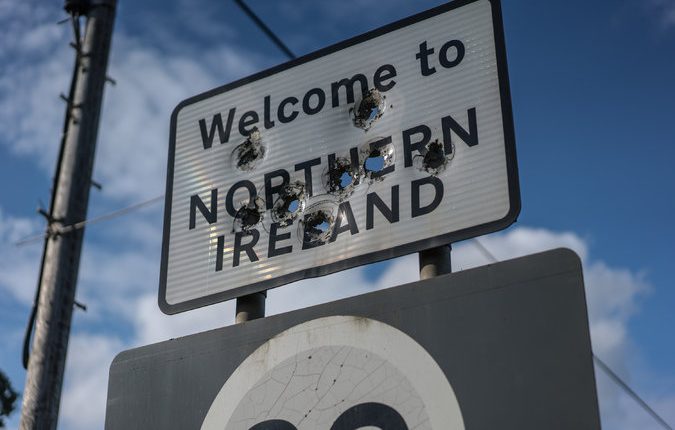 Last week the UK government stated it did not want to establish any border posts between the republic of Ireland and Northern Ireland, creating a manned EU – UK border. The UK’s new position paper on Brexit has suggested a ‘new customs partnership’ or a ‘highly streamlined customs arrangement.’

Critics involved in the Brexit proposals have however spoken out against the lack detail followed towards these plans, claiming the UK’s suggestions are not backed by credible detail on how such ‘customs partnership’ can be achieved.

Lawyer Monthly this week heard Your Thoughts, and has below included some comments from experts on the subject.

The policy paper provides little insight into the Government’s plan for the Irish border issue. It is simply a statement of intent; that it wants to continue to protect the common travel area which allows free movement for Irish and British Nationals across the border and provides for minimal checks for other nationalities. In the paper they simply state that ‘the future immigration system will not impact on the ability to enter the UK from within the CTA free from routine border controls’ and ‘the continued operation of the CTA would not result in any negative implications for other EEA nationals exercising their free movement rights in Ireland’.

At the very best this is wishful thinking on the part of the Government. The policy paper that was issued in June on the status of EEA nationals and their family members made clear that they would be brought within the UK’s immigration system as they were to be given indefinite leave to remain in the UK. It is to be assumed therefore that in the future, EEA nationals visiting the UK will require entry clearance as a visitor at a border. If they are entering freely into Ireland by virtue of EU free movement law, at which point will they be granted entry clearance to the UK if there is to be no official border between Ireland and Northern Ireland? The policy paper has next to no detail on how this will actually work and offers little in the way of ideas as to how this complex issue will be resolved.

If EU nationals in the future are going to be required to gain entry clearance as visitors to the UK, as other nationalities beyond the EU do now, then there needs to be a physical examination of their passport. Currently at borders this is done either by an Immigration Official or by a biometric passport reader. Either way, it requires an individual to stop at a ‘border’. It is very difficult to imagine how a passport can be checked without there being some form of physical infrastructure there to complete the check lawfully. The end result would be that EEA nationals would easily be able to continue to enter the UK and the Government’s stated aim of controlling immigration will be unachievable.

I think the EU are going to be unimpressed by these proposals. The Government has simply stated an intention to keep the CTA as is and has not attempted to provide any realistic answer to how the movement of EEA nationals is to be controlled. The policy paper puts the ball back in the EU’s court to come up with a response which can only aggravate their negotiating counterparts in Brussels.

With open borders for all EU citizens, the onus will be on UK employers to understand who can work for them and who can’t. Open border controls for EU citizens will mean that no immigration endorsements will be provided that would normally make it clear to one’s immigration status and restrictions. This will put more pressure on HR professionals to understand how to comply with working rights and immigration rules.

The Home Office have recently published a policy paper that tries to clarify an EU citizen’s immigration status in the future. This puts forward a number of scenarios that are linked to (yet to be confirmed) dates to when an EU citizen is deemed to be a ‘qualified person’. There could be some confusion here which in turn could impact whether UK employees wish to hire EEA citizens at all in the future.