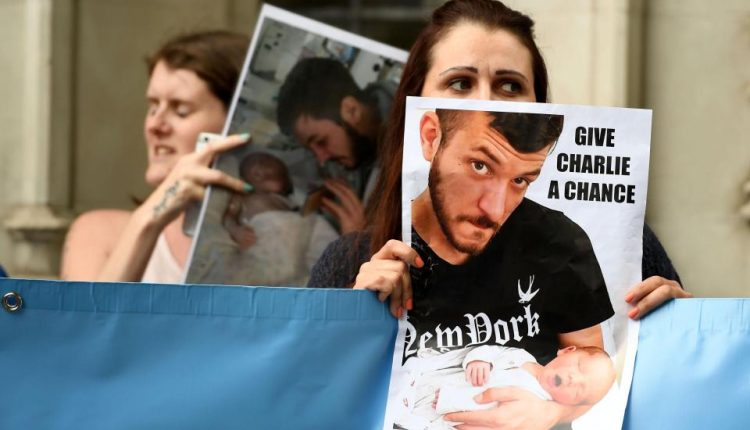 In the recent case of Charlie Gard, who a court has decided can be removed from life support following a fight by his parents to take him to the US for treatment, protesters have gathered outside Buckingham Palace, in London, to oppose the court’s decision and all in all, ‘show Charlie love’.

According to the Daily Mail Pope Francis says he hopes the doctors of the 10-month-old child will allow his parents to care for his until the very end, as Chris Gard and Connie Yates have now just days left with their dying son.

In a statement on the matter, the Vatican has said: “The Holy Father follows with affection and emotion the affair of little Charlie Gard and expresses his closeness to his parents. He prays for them, hoping that their desire to accompany and care for their child until the end is not disregarded.”

The protesters outside Buckingham Palace strongly oppose the ruling from the European Court of Human Rights which allows the hospital taking care of baby Charlie to turn off his life support machine.

Large crowds of protesters have been chanting ‘save Charlie Gard’ and ‘release Charlie Gard’, waving banners and flags with statements as hard hitting as ‘it’s murder’.

According to reports, the ECHR states that it would be kinder to let the child die, and that keeping the baby on life support would prolong his suffering given that he cannot recover from his disease, which causes progressive muscle weakness, including in key organs such as the heart.

What do you think about the ECHR’s decision for the life of this child?