Could Brexit Cause a Rise in Criminals? 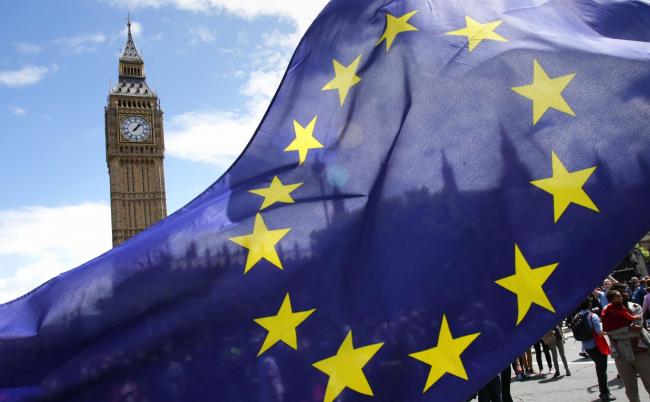 With the UK leaving the EU, many legal experts are eagerly anticipating the various changes and methods the UK administration will address, and the legislative changes and adoptions at hand.

We hear from Aleksandra Kowalik who always offers such insightful thoughts to Lawyer Monthly; drawing on her bilateral experience, she touches on the European Arrest Warrant (EAW), and the problems the UK may face in criminal law, if they rule out the ease of extradition by withdrawing use of the EAW.

Mutual legal assistance consists of cooperation between different countries, for the purpose of gathering and exchanging information and requesting and providing assistance in obtaining evidence located in one country, in order to assist in criminal investigations or proceedings in the other.

Extradition is the legal process by which an individual is transferred from one state to another for the purposes of facing trial or sentence. To simplify and speed up the extradition proceedings, mechanisms have been put in place within the EU Member States and for cooperation to provide a framework for these exchanges.

The first conception has been ruled by the European Council in Tampere in 1999. The clue of the Council intentions was to rule the new EAW proceedings pursuant to a principle of mutual respect and recognition. The final result of the initial EAW related establishments was The Council Framework Decision of 13 June 2002 on the European Arrest Warrant and the surrender procedures between Member States. The proceedings finally became faster and less complicated than the classic extraditions.

Finally, the citizenship related bar was previously ruled in article 6 of The European Extradition Convention, stating that political issues were supposed to be excluded as a potential obstacle to bring the offender into justice.

On 29th March 2017 article 50 was triggered which means a tremendous challenge faces the British authorities, British administration and British lawyers; they will have to face and potentially reorganise the entire, extremely well organised legal (criminal) cooperation within EU.

The wave of changes ought to not omit the EAW as well.

Following the current views of the British governing party, it seems that the EAW can be an issue, as the question is how to keep its structure without the supervision of the European Courts of Justice.

Thus, the question at hand is what direction the United Kingdom should set to go towards regarding the EAW, either: exemption, limitation or full implementation as a third party, with a consideration of supervision by the European Courts of Justice.

A proper base for discussion could be the Marian Dorobek’s case; Borobek had been sentenced to 10 years for multiple rape and child sexual abuse in Poland. He has been sought by a District Court in Grudziadz and was arrested at Heysham port after he arrived off the ferry from Douglas, Isle of Man.

It later emerged that he could not be arrested in the Isle of Man as European Arrest Warrants cannot be executed here. Therefore in this case, Dorobek could have stayed safe for much longer, but the Polish Judicial Authority was forced to issue a classic request for an extradition.

Respectfully to the results of long lasting researchers in Poland, supervised and directed by Ms M. Mozgawa- Saj (the author of “Extradition in Polish Criminal Proceedings; chapter IV), the average time of a classic extradition request that has been exercised is 293 days. The longest case took 1219 days, whereas the EAW request must be dealt within 60 days. When we address the time difference between the implication of the order of an extradition request, in comparison to the EAW, the issue at hand is very clear; the UK will need to consider whether the mutual criminal cooperation and assistance can be fully followed if a classic structure of an extradition is implied again in replace of the EAW.

It must be strongly underlined that criminal cooperation does not limit to the EAW only.

The EU has adopted several legislative instruments in accordance with the principle of mutual recognition – please consult relevant subpages (for online readers) to find more information on:

The above instruments create a well organised structure whereby the most significant aim is to bring any failure in complying with a rule of law, in terms of its criminal area, to justice. How the United Kingdom will be able to manage with this complicated challenge, without affecting the interests of justice and legal needs and proceedings, as well at the pre- trial or trial itself, will be the main question.

The last, but definitely not the least issue, is a question about potential amendments of the EAW structure if the UK decides to stay within its legal scope.

Regarding the cooperation of the EAW in relation to the United Kingdom and Poland, the widest problem lies in complying with a proportionality of rules when the EAW is issued. As it is commonly well-known, Poland is a leader in issuing EAWs to the United Kingdom. Warrants are issued for very minor offences, low sentences or to exercise 14 days of a temporary arrest at the pre- trial stage, regardless of the proportionality principle and legal common senses; therefore, the European legislators should take into their consideration that article 30.1 (Expanses) of the Council Framework Decision could be amended in order to impose the obligation of covering the fees by the issuing Member State for the proceedings in the executing state. It seems a bit unfair to me that when the requested person exercises his rights in terms of refusing a voluntary surrender, the executing state is obliged to cover all the cost proceedings related.

However, if it was an issuing state, there is a chance the specified judicial or designated authority wouldn’t pursue the EAW in minor offences, as it would be simply too expensive comparing to an interest of justice.