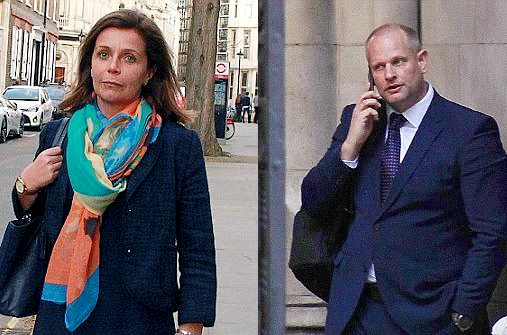 Following yesterday’s Court of Appeal judgment in relation to Sharp v Sharp, ruling in Julie Sharp’s favour, Mr Sharp has been awarded £2 million in total, less than the initial £2.74 million awarded in 2015 but more than Mrs Sharp’s request of only £1.2 million.

This judgement follows several years of divorce proceedings between the couple, where the wife, a City energy trader earning £10.5 million in bonuses in five years, finally found out her husband was cheating during the initial divorce proceedings in 2015.

At the time, the husband was awarded £2.725 million, which equated to half of the £5.45 million matrimonial assets available to the couple. Yesterday however, the Court of Appeal ruled in favour of the wife as Lord Justice McFarlane decided to agree with Mrs Sharp’s claims that her husband’s original payout decision was ‘intrinsically unfair’ in light of her overwhelming input to the family wealth.

Evidence brought to the appeal also suggested assets during the marriage, eanrings and payments were made separate, with either sides earning unmingled. This left the judge to conclude that “there was never a joint approach to funds in this marriage.”

According to the Daily Mail, the judge concluded: “Short marriage, no children, dual incomes and separate finances are sufficient to justify a departure from the equal sharing principle in order to achieve fairness between these parties.”

This sets the case apart from the usual 50/50 marital divorce split of assets, given the term of the marriage, for only four years and childless, and the husband was found guilty of a clandestine affair.

Graeme Fraser, Partner at Hunters Solicitors, told Lawyer Monthly: “This Judgment further opens up the Court’s discretion regarding the length of the marriage, particularly if the couple have no children, both are in full time employment and keep at least a proportion of their finances separate. Increasingly, couples will live together before they get married or enter into civil partnerships, and this has resulted in effectively increasing the length of the marriage when the Court exercises its discretion about how much to award each spouse.

“The courts may expect more arguments about when a couple have started to cohabit in future cases following Mrs Sharp’s success. This is particularly relevant for same sex couples, for many of whom same sex marriage and civil partnership was not available until the relatively recent introduction of legislation.

“The Courts will not apply an automatic or blind application of 50/50 in every case as all the circumstances of the case must be considered.”