Should Religious Symbols Be Banned in The Workplace? 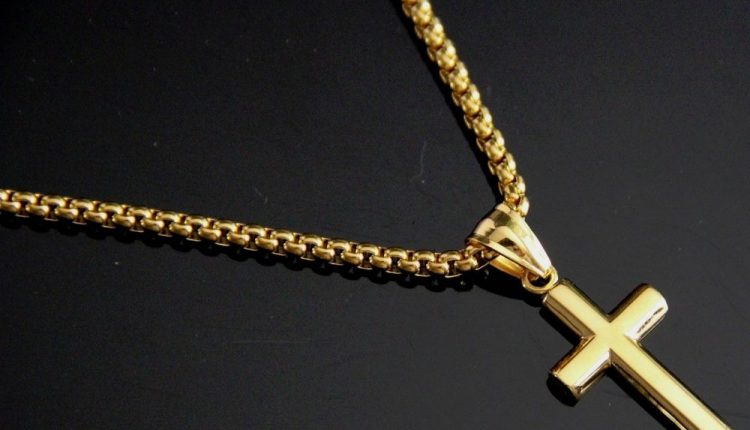 Raphael Prais, lawyer at LHS Solicitors, analyses the European Court of Justice ruling on wearing religious symbols in the workplace, and its implications for businesses across the UK. As you will be aware, the European Court of Justice (ECJ) has given a ruling on wearing religious clothing, such as Islamic headscarves, at work.

Before exploring the ruling in more detail, Raphael states that it remains safer to allow your workers to wear religious clothing or symbols. Banning such symbols may result in a finding of indirect discrimination.

What this ruling says is that if you do wish to project neutral corporate image, and you apply the same rule to every religious and political viewpoint, it might not be direct discrimination, and in some circumstances, it might be possible to justify the rule.

The ruling relates to two cases, Achbita and Bougnaoui; both cases concern private employers and female Muslim employees. In both cases, there were rules against the wearing of visible religious symbols in the workplace. In the first case, after a few years’ employment, the employee insisted on wearing a headscarf. She was told that wasn’t allowed, and was eventually dismissed.

In the Bougnaoui case, it is less clear whether there was an internal rule against wearing religious symbols – even if there was such a rule it seems it wasn’t enforced until a customer complained. So, the additional issue is whether you can enforce a rule, by dismissing if necessary, because of a complaint by a customer.

It should be added that in both Belgium and France there is a strong public feeling that the public space should be secular. Indeed, full veils have been banned in both countries. It is in that context that these two companies have banned religious symbols. In the UK, pluralism is viewed differently and it would be harder to justify such rules.

What the ECJ Decided

Banning religious symbols may be indirect discrimination if it has a disproportionate effect on a particular religion or belief. The ECJ said that only the national court could determine that question.

Indirect discrimination will not be unlawful if it can be justified in respect of a legitimate aim. That is also for national courts to determine and the ECJ only provided what it calls “guidance”. That guidance suggests that an employer’s desire to project an image of neutrality toward its customers is a legitimate aim – but it would be harder to justify the rules in roles that are not customer facing, and redeployment to such roles should be explored before more drastic action is taken.

How Does This Ruling Fit Within the Precedents Set by Previous Rulings?

An interesting question raised by the ECJ’s ruling in this case is whether it is consistent with the European Court of Human Right’s judgment from the January 2013 Eweida v British Airways case.

That case suggested that normally an individual’s right to manifest his or her religion should be given priority over a business’ right to promote a neutral identity.

Even at face value, this is a problematic proposition. As a Muslim woman who believes she should dress a certain way, Achbita could only integrate if she left an important part of herself behind. Indeed, the same could be said of any employee for whom visible religious clothes or symbols are important. Such employees are affected by a ban on religious symbols in a way that other employees are not.

But what about the business’ rights? The ECJ ruled that “the desire to display, in relations with both public and private sector customers, a policy of political, philosophical or religious neutrality must be considered legitimate”.

It is clear that business’ rights can come into conflict with the right of individuals to manifest their religion. In fact, The ECJ actually referred to the ECHR’s judgment in Eweida, using that case to support the position that sometimes it will be necessary to prioritise the business’ right to display religious neutrality over the individual’s right to manifest religion.

And that is true. Eweida did say that it is a balancing exercise between the two rights. However, in Eweida it was held that, on the facts of that case, the right to manifest religion should be given priority over the right business’s conflicting right.

To be clear, in this most recent case the ECJ has not made a firm ruling on which right should be given priority, instead stating that it would be for national courts or tribunals to decide. However, it did give guidance saying: “it must be held that the fact that the workers are prohibited from visibly wearing signs of political, philosophical or religious beliefs is appropriate for the purpose of ensuring that a policy of neutrality is properly applied, provided that that policy is genuinely pursued in a consistent and systematic manner.”

The Effect on UK Law

Banning all such symbols was never likely to be considered direct discrimination. As Dr Vakulenko, an expert on the Islamic dress in legal discourse, says: “although it might be argued that it’s direct discrimination because it affects adherents of religions more than it affects secular employees, the courts were unlikely to interpret direct discrimination that way. On the other hand, such a ban would almost certainly result in detriment to certain groups whose religions have a stronger material component, prescribing an outward appearance as well as a direction of the heart. And as the UK traditionally prefers a pluralist approach, such a ban could be hard to justify over here.”

Whether a ban on religious symbols is justified will always depend on the circumstances. In the UK, businesses generally promote diversity and justifying a ban would be difficult.

When justifying indirect discrimination, it is always a balancing act – on the one hand, there are the needs and rights of the employer; on the other hand, you have the rights of the employee to be treated equally to others and also, under the European Convention on Human Rights, to manifest religion.

And remember – to even reach that stage, the business would have to convince the tribunal that the “policy is genuinely pursued in a consistent and systematic manner”. Even more so, enforcing the policy in response to requests from customers is very likely to lead to a finding of unlawful direct discrimination.

Employers thinking of banning all religious or political symbols in the workplace will need to ensure they apply the same rule to all viewpoints, and make sure it can be justified by reference to a pre-existing policy of religious neutrality.

Even then, given the potential conflict between the ECHR Eweida ruling and the recent ECJ ruling, and the culture of diversity and pluralism prevalent in the UK, it is certainly safer for employers to allow religious clothing and symbols in the workplace.

How To Speak To Your Company About An Employee Rights Issue

6 Reasons Why You Could Lose Your Nursing Licence