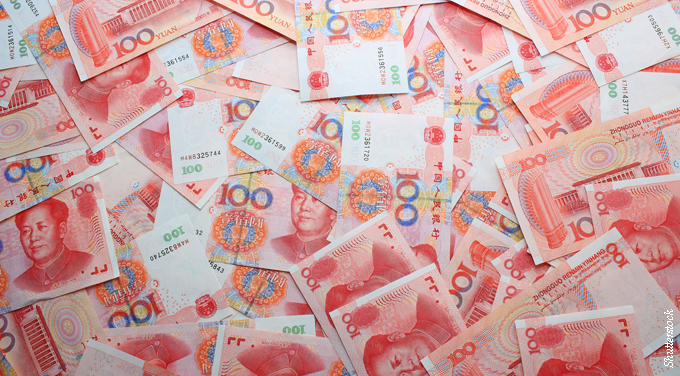 Clive Grossman Q.C, emigrated with his parents from London, to what was then Southern Rhodesia, in 1947, where he spent his school years growing up. After a few years as an articled clerk in a solicitor’s office, Clive went to the University of Cape Town and completed his BA and LLB in 1966. After joining the Attorney-General’s Office (in what was then called Salisbury) as a prosecutor, starting in the Magistrate’s Court, he ended up eventually prosecuting murder and terrorism offences in the High Court until he left to go into private practice at the Bar at the beginning of 1971. In this anecdotal interview, Clive speaks about white collar crime, revealing insights into major cases that showcase how widespread the sector is and the effect of money laundering on Hong Kong’s banks.

The concept of white collar crime was unknown in Rhodesia and thereafter in Zimbabwe by the time I left in 1983, although, from what I read, corruption is now rife in Zimbabwe. The only financial based crime that I can recall was based on the expatriation of foreign currency, as a result of tight financial controls; most serious criminal cases concerned crimes of violence and occasionally drugs.

I was fortunate enough to be recruited into what was then called the Attorney-General’s Office (now the Department of Justice) in Hong Kong in 1983. I emigrated with my wife and children, never to look back.

Before dealing with my entry into the world of white collar crime, I should perhaps explain what it encompasses; the term “white collar crime” includes a multitude of illicit behaviour, in relation to money.

It includes, of course, money laundering, but also fraud in its various guises: corruption, forgery, tax evasion, theft, and it spills over into financial regulatory areas involving market misconduct, such as insider dealing. Of course, many civil cases also fall under the generic rubric of white collar crime.

My entry into this field commenced more or less on my first day in Hong Kong. There was previously a company called Carrian, headed by a charismatic figure named George Tan. This company had caught the imagination of the Hong Kong public in the late 1970s and early 1980s, and people were falling over each other to invest in it. But not long before I arrived, the company had collapsed and George Tan and others had been arrested on a multitude of charges involving fraudulent activities connected with the company. On my arrival, the A.G.’s office was putting together a team to prosecute Tan and the others involved; I was to be part of the team and I was assigned to what we called the Commercial Crime Unit. I was led eventually in the trial by the late Lionel Swift QC. The various court stages lasted for several years.

I state frankly now, as I did then, that much of the terminology concerning accounting practice was foreign to me and I had a great learning curve to overcome.

There were many other aspects of the Carrian case which were investigated, including the practices of some of the local banks, the Stock Exchange, aspects of extradition, money laundering, etc., and I was involved in most of those areas. Eventually (my boss having been sentenced to 7 years’ imprisonment for corruption) I was promoted to head of the Commercial Crime Unit which was also the post of Deputy Director of Public Prosecutions.

At least two books have been written about this saga: Profits of Deceit, and The Joker’s Downfall.

One of the advantages, I have found in defending and prosecuting white collar crime (and indeed this relates to most aspects of being a lawyer) is that the field, of necessity, includes the requirement to delve into areas of expertise to which one would not normally regard. For instance, in many money laundering and fraud cases, forensic accountants give evidence and it is usually necessary to cross-examine them. To this end, one has to absorb the arcane mathematical mysteries of accounting. Other aspects of scientific involvement which may be involved, for example, handwriting examination in forgery cases.

The one case that stands out in my memory in this regard is usually referred to as “The Nina Wang” case. Nina Wang was regarded as the wealthiest woman in Asia. She married her husband, Teddy Wang, in the 1950/60s and by way of shrewd investment, they both built up a huge business empire. In the 1960s Mr Wang, for reasons I no longer recall, made a will leaving all his estate to his father, and although he and his wife were very close, Teddy Wang did not alter his will. In 1990, Mr Wang was kidnapped and had disappeared; his body was never found but he was assumed to have been murdered after his wife had paid a huge ransom. Nina Wang refused to believe that he was dead and after an ongoing feud with his father, maintained that her husband was being held captive on his instructions in Taiwan. Seven years after his son’s disappearance in 1997, Teddy Wang’s father brought an application to have his son declared dead as no one had heard from him. Nina Wang opposed this application but was unsuccessful. Once the Judge formally declared Teddy Wang to be deceased, Nina Wang produced an envelope and told the Judge that her husband had given it to her not long before he disappeared in 1990 and told her only to open it upon his death. She told the Judge that as her husband had been declared dead, the time had come to open the envelope. Inside were a number of documents, the important one being a will signed by Teddy Wang now leaving everything to his wife.

The father challenged this will on the grounds that it was forgery and one of the issues in the case was the age of the ink on the paper. I was briefed to deal with this aspect. The Plaintiff produced an American expert who said that from his expertise and experience he could tell that the ink was less than 3 years old (which meant of course that if Teddy Wang had died in 1990 and the will was produced in 1997, it must be forged). We, acting for Nina Wang, produced an expert who maintained that it was not possible to tell the age of ink after about 2 years; our expert was believed and so Nina Wang inherited the whole estate. So, although this was in fact a white collar crime case, the central issue concerned the chemical properties of ink.

The point of this anecdote is to simply show that because one is engaged in what is generically called ‘white collar crime’, one may very well not be limited to the simple movement of funds, but have to immerse oneself in abstruse scientific issues.

The movement of funds which generates money laundering is these days under intense scrutiny, largely because the laundering of money has been used for the funding of terrorism, illegal arms, drugs, etc. I think in Hong Kong at least, where we come across money laundering, it intends to be a consequence of corruption in Mainland China. Although this is only a generality, it is usually accepted that it is so.

Large organizations in Hong Kong, particularly the banks are now flooded with compliance departments to ensure that all transactions are carefully scrutinized to ensure their legality. So much so, tradespeople are starting to complain about the hoops that they have to go through in order to do normal business. This applies in particular to perfectly legitimate dealers, such as jewellers, who deal in cash. Transfer of funds from one country to another, especially to and from the United States is fraught with difficulties these days.

Solicitors in Hong Kong, who handle client’s funds also have a number of hurdles to overcome before they can accept funds and this sometimes makes it difficult for clients, or potential clients, to obtain legal advice. Nevertheless, it is generally recognised in Hong Kong that these barriers are necessary, as by all accounts there is a great deal of illegal money flowing from Mainland China, much of which has been seen going through the gambling establishments in Macau and to an extent, which cannot be quantified in Hong Kong too. The Hong Kong Government and the corporations do their best to counter this movement, but it is certainly known in Hong Kong that some law firms have been in trouble because they have not taken the right steps to ensure the legitimacy of funds.

Still, this is an ongoing operation and no doubt procedures will be more effective as time goes on.

US Major Banks-Backed Platform Rife with Fraud: Why Zelle is Problematic and How to…