Fraud, Exotic Holidays and Call Girls: The Wolf of HBOS 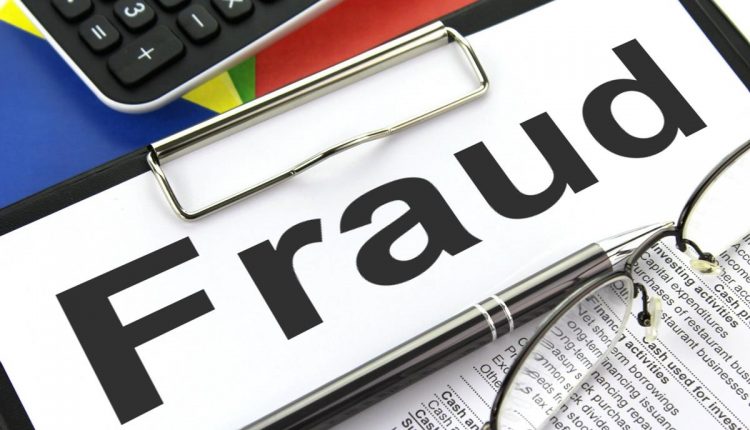 Recently hitting the headlines was the prosecution of an ex-HBOS (Halifax Bank of Scotland) manager and five others, all but one of whom were convicted for their roles in a complex and long lasting scam involving £245m of fraudulent loans. With mischief including cash in brown envelopes, exotic holidays, luxury yachts, properties in the sun and call girls, the more lurid details of the case read like the plot for a Hollywood film.

Here Jeffrey Davidson, Managing Director and Freyda Thompson, Senior Associate at Honeycomb Forensic Accounting, provide a thorough account of the story and their thoughts on how we can learn and move on from this ordeal. The story behind the headlines

But behind the gossip and tabloid articles, the real facts of the case are no less shocking.

The prosecution was the culmination of Operation Hornet, a Thames Valley Police investigation into the relationship between Mr Lynden Scourfield, the lead director of Impaired Assets at HBOS and Mr David Mills, a financier.

In return for lavish gifts, Scourfield referred struggling HBOS small business customers to Mills and his associates, who operated in the guise of turnaround consultants through the firm Quayside Corporate Services. Instead of assisting these bank customers, Quayside conspired with Scourfield to grant them inappropriate loans, engaged in asset stripping and charged exorbitant fees for its services, which led to the insolvency of many businesses.

The value of the fraud is estimated at £245 million. This is the sum Lloyds Banking Group wrote off due to the fraudulent loans after they took over HBOS. The total value of the loans fraudulently issued by Scourfield has been estimated to be in the region of £1 billion.

The full cost of the fraud, in both financial and personal terms, goes much wider. Among the worst hit have been those small business customers so badly let down by the bank, many of whom have lost their businesses and have had to rebuild their lives from scratch. While no value can be placed in human terms on the livelihoods ruined, we, as forensic accountants, would have no difficulty calculating the financial quantum of their losses. The jury is still out, as it were, on whether the bank will now face a string of civil suits as these victims come forward to seek compensation.

It is this human-interest side of the story, coupled with the scandalous and somewhat lurid details of how the defendants spent their ill-gotten gains, which has peaked media interest. The value and scale of the fraud is significantly less than that of financial frauds in more technical areas such as the LIBOR rate rigging, which received relatively little coverage in the popular press. However, it is the story of small family businesses falling victim to an aggressive banking fraud, and the ensuing fight for justice which has, understandably, gained widespread media attention.

The defendants were charged in 2013 with several offences, including the following:

Honeycomb was instructed to act as expert accountants for one of the defendants, Mr Jonathan Cohen, who was acquitted. Mr Cohen is a Chartered Accountant and worked for a firm that acted as auditors, accountants and tax advisers for a number of the defendants and their connected businesses.

Five of the remaining defendants were found guilty at Southwark Crown Court on 30th January 2017, while Mr Scourfield had already pleaded guilty at an earlier hearing. On 2nd February 2017, the six men were jailed for a total of over 47 years between them. Mr Mills was handed the lengthiest sentence of 15 years, the most given for any fraud related conviction in the UK being 17 years.

Lloyds Bank commissioned an independent investigation into the loans being made by Scourfield after a campaign by business owners who claimed they had been mistreated by HBOS. This resulted in a formal report to the Financial Conduct Authority (FCA) in 2010, who in turn referred the case to Thames Valley Police’s Economic Crime Unit, as the offence originated with HBOS’ Impaired Assets team based in Reading.

Thames Valley Police have released a statement quoting the cost of the investigation as being over £7m, requiring the time of 151 officers and taking over six years to bring to Court. It appears that no other public investigating body had the capacity to take on the case. The Police and Crime Commissioner for Thames Valley, Anthony Stansfeld, added that he would like to see a system whereby the investigating body is reimbursed either through central government or through fines or costs imposed on offenders.

This statement from Thames Valley Police highlights a lack of resources around the UK to deal with such cases of complex frauds. The decision by a public body to take on such a case seems to come down to a judgement call on the cost of case, the utilisation of resources and the chance of a successful prosecution. Even the Serious Fraud Office has an annual budget of only £45.7m, compared to the City of London Police’s (who have the largest fraud division out of all police forces in the UK) total budget of £123.8m. However, the annual cost of fraud in the UK has been estimated as £193bn and suitable resources need to be available to tackle this growing crime without being hamstrung by lack of funds. An investment in investigation and law enforcement in this area of what seems to be less than one tenth of one percent of just the financial damage to society seems insufficient.

A lesson for the banks

The type of fraud evidenced in this case, and the scale of the wrongdoing, should have been prevented by internal safeguards implemented by HBOS, or at the very least spotted earlier.

Scourfield’s dealings with Mills are said to have commenced in 2002, but only came to light in 2006 when a senior executive at HBOS became concerned over the cases under Scourfield’s management. HBOS carried out several internal investigations, some of them following complaints from customers, but did not uncover the extent of the fraud and have since been criticised for not taking customers’ complaints seriously.

An internal review carried out in 2007 of 38 customers showed that their total borrowings amounted to £375m and all 38 customers were supervised by Scourfield. The individual conducting the review later gave evidence in the trial that the loans appeared irregular, and that Scourfield was agreeing the loans without any authorisation. The situation at the bank, however, was allowed to continue.

After questioning in 2008 from MPs representing constituents whose businesses had been ruined by the Scourfield/Mills collusion, HBOS wrote to them in 2009 claiming lack of evidence that Scourfield had personally benefited from his relationship with Quayside. This was then discussed by MPs in Parliament in June 2009, using their right to parliamentary privilege, with reference to the bribes Scourfield was receiving in order to encourage the continued flow of customers to Quayside.

Based on evidence discussed during the trial, the following failures appeared to have proliferated in HBOS’ systems:

‘Red flag’ indicators are important warning signs for organisations when something is going wrong and requires further investigation. The warnings below should have been acknowledged and followed up by HBOS:

A comprehensive internal investigation by Lloyds was concluded in 2010, which led to £250m being written off from the Impaired Asset portfolio, of which £245m related to customers under the management of Scourfield.

It must be noted that this sum represents only one view of the loss to the bank, in terms of loans which, at that date, the bank considered it could not recover. It does not include fraudulent loans made over the period 2002-2010 where it did make recovery. This figure is therefore not a calculation of the loss to customers, which is likely to have been much higher.

This case demonstrates the need for vigilance, and a reinforcement of even the most basic and traditional of checks and balances in business life, including the appropriateness of working relationships and avoiding complacency over long-standing practices. Most importantly, it demonstrates the necessity of paying more than lip service to internal processes designed to prevent and protect both the bank and customers against such frauds.

Lloyds has now confirmed it will be commencing a review of all customer cases that may have been affected by the fraud, and would seek to provide redress “if appropriate”. There is a sense that Lloyds’ hand has been forced, as this represents a departure in its previous attitude to customers affected by the fraud, which could be characterised as dismissive at best. Media spotlight and political pressure from MPs demanding compensation for the affected customers have no doubt influenced the bank’s position.

Lloyds has said that the review will be conducted by an independent third party, who will be appointed in consultation with the FCA. The scale of any compensation Lloyds may offer has yet to be determined. A report will be made to its shareholders if it is thought that the level of compensation will impact on the results.

Not only will the bank need advice, but all the victims will too. The door will now stand fully open for civil proceedings to be brought against the defendants and/or the bank. One firm of solicitors has already released a statement that they have been instructed to investigate the potential for a civil claim by one of the lead prosecution witnesses in the criminal trial.

In additional to legal advice, customers will need expert assistance in reviewing their relationship with the bank and its management, carefully building a complete picture of the losses suffered through their fraudulent activities.

There has been no news yet whether any confiscation proceedings will be brought against the defendants in order to recover sums under the Proceeds of Crime Act 2002.

A final word for external professionals

These proceedings also bring into sharp focus the role of external professionals (such as auditors) in facilitating, knowingly or otherwise, financial crime and money laundering. Our work as expert accountants in this matter has given us insight into the risk of being caught up in criminal prosecution proceedings.

Two key areas of concern have been highlighted. Firstly, the quality of audit or advisory work undertaken, in particular the independence and objectivity of the external professional and correct disclosure of any conflicts of interest.

Secondly, money laundering reporting obligations, particularly filing a Suspicious Activity Report under POCA s330. While all of us in legal and accounting circles diligently complete our money laundering training, this case shows the importance of paying more than lip service to this crucial element of the fight against financial crime, and the need continuously to be considering when it would be appropriate to report suspicion of money laundering.

This case also shows the need for prosecutors to understand and get their cases right on complex technical issues such as auditing and money laundering, including the importance of not confusing regulatory matters to be dealt with by a professional’s regulatory body, and criminal matters.