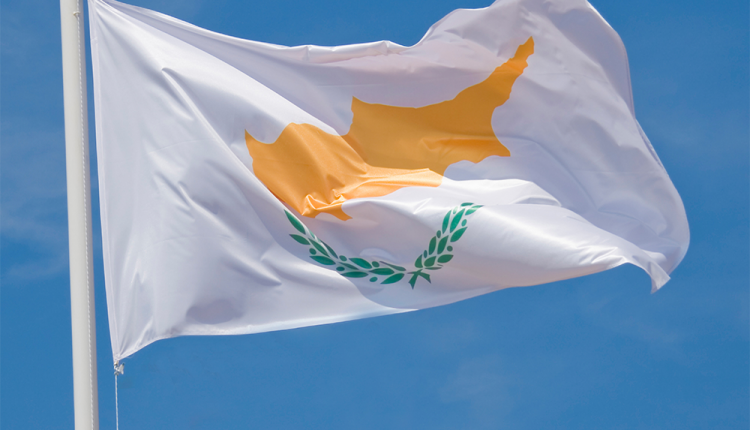 Dr Christos Clerides is the head of Phoebus, Christos Clerides & Associates LLC which was originally established by his late father Phoebus Clerides, Barister-at-Law in 1950. The firm has handled very important cases in its 67-year history of litigations and Dr Clerides has seen through many influential cases that have allowed the legal sector to substantially progress in Cyprus. He has an extensive list of achievements: he has served before the Supreme Court of Cyrpus; he is an Honorary President of the International Association for the Protection of Human Rights in Cyprus; he has completed a substantial amount of research into Criminal Law, Security Law, Human Rights and Family Law, alongside contributing to reports, journals and books in his speciality areas, and has been involved in a number of game changing cases. We are honoured to speak with Dr Clerides about his many accomplishments and all he has done for the legal sphere in Cyprus.

Throughout your years of practice, what has been your favourite and proudest case and why?

The Supreme Court of Cyprus upheld our practise. In a difficult case I handled, our Appeal successfully reversed the District Court of Nicosia judgement that a “Common Law Wife” had no rights to the property of the deceased cohabiter. In the case in hand, the unmarried couple lived together for years. The deceased, a well-known Architect, had promised his cohabitee the flat in which they were living together until his death. The Appellate Court upheld our argument, taking into account the circumstances of the case, that a constructive trust protected her rights and ordered the Administrators of the deceased to transfer the property (flat) to our client, the “Common Law Wife”. It was the first time in the legal history of Cyprus that a Court acknowledged the rights of an unmarried couple. (Case of Clerides v. Stavrides (1998) 1ΑΔΔ 521).

What has been your most challenging case and how did you overcome these challenges?

The most challenging case I handled involved important constitutional issues. I acted for the Petitioner in the Electoral Court (Supreme Court of Cyprus) who contested the election of the substitute candidate in Nicosia. According to relevant Elections Law, in case of vacancy, if for example, one of the elected Members of the Parliament were appointed as Attorney General of the Republic, the next in line was of the same party in the electoral district and is automatically “elected” as a Member of the House of Representatives. I challenged the constitutionality of the law successfully and convincingly argued that previous case law to the contrary was wrong and should not be followed. Subsequently, as a result the Constitution had to be amended. The challenge was tremendous and was successfully met by our persuasive argument that when previous case law is wrong, it should not be observed anymore even if the precedent is of the Highest Authority i.e. the Supreme Court of Cyprus.
As Head of the Law Department at Frederick University, what do you think has been the biggest change to the teaching of law from when you were at university? What would be the main piece of advice you would offer students aspiring to commence in the legal sector?

The biggest change in teaching law since the 70’s when I was studying, has been the introduction of technology. The internet in particular, but not only that; the methodology of teaching has also changed. More emphasis is now placed in practical aspects of the law and less in theory. The emphasis is now placed in making “advocates” rather than just lawyers. As a result, practical issues are placed before every student to solve and less emphasis is placed on ethics and legal analysis.

As cofounder of International Association for the Protection of Human Rights, what were your aims when founding the organisation and have these been achieved?

Human Rights play an increasingly important role in our daily lives. In the 80’s when the International Association for the protection of Human Rights was set up, the aim was to educate and spread the Human Rights culture in a country which was a victim itself due to the 1974 military invasion of Cyprus by Turkey.  At that time, Cyprus Courts were not so apt or equipped to apply the European Convention for the Protection of Human Rights. We contributed towards creating the necessary culture. Nowadays the Courts are increasingly more aware of the Human Rights and apply the Law in their Judgements.

How do you prepare yourself for when you must represent the House of Parliament in cases? How does your extensive experience allow you to gain positive outcomes?

Representing the House of Representatives in the Supreme Court presupposes an increased level of responsibility. This means effort and in-depth research of the law applicable in the case in hand, very frequently involving individual rights, EU Law and important constitutional issues. Experience plays an important role in the presentation of such cases before the Supreme Court, normally before 13 judges of the highest level. Being alert and quick in response in argument before the Court usually requires in-depth knowledge of the subject and great experience.
Out of all the human rights cases you have dealt with, which has had the most positive impact? What do you foresee for your human rights work over the next few years?

The first case to be brought before the European Commission for the Protection of Human Rights against Cyprus was the case of Mavronichis v Cyprus (App. No. 28054/95). I had the honour and the privilege of filing this case alleging violation of Article 6 of the Convention relating to trial within a reasonable time. It was the first time that Cyprus was found to have violated Article 6 of the Convention ever since remedial legislation has been introduced, although the problem of delays in the administration of justice remains to a great extent. I presented numerous Human Rights cases before the European Court of Human Rights and the Supreme Court of Cyprus but also other Courts.  Perseverance in the field brings, albeit slowly, positive results in amending legislation and enhancing the protection through positive Court judgements.

What reforms are you looking out for which will make history in Cyprus?

The introduction of a permanent Law Commission for study, review and improvements to the law will be a blessing and make history in Cyprus. In many respects, unfortunately, legislation in Cyprus remains in the 50’s when Cyprus was a British colony. Since Cyprus’ independence in 1960, improvements have been introduced but not substantial enough to bring Cyprus Law to where it should be in a modern society. Accession to the EU has helped but has not touched core subjects such as Criminal Law, Contract Law, Torts, etc.

What is your main motivation behind all your success in the legal sector?

Hard work, perfectionism, perseverance and a sense of justice and commitment to the Rule of a Law in a democratic society are the most essential elements in my view for every successful and properly motivated advocate; but above all, a sense of honour as a member of an Honourable Society.