Riverstone Holdings to invest up to $300m funding to Avant Energy 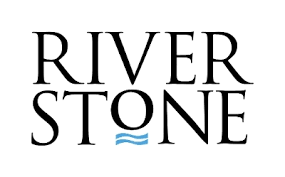 Avant Energy S. de R.L. de C.V. (“Avant Energy” or “the Company”) a newly-established Mexican energy company, announced that Riverstone Holdings, an energy and power-focused private investment firm, has agreed to an initial line-of-equity investment of $150 million in the Company, which can be increased to $300 million once this initial capital has been invested. Avant Energy executives have also made additional capital commitments for undisclosed amounts.

With offices in Mexico City, Monterrey and Houston, Avant Energy will focus on the development, construction and operation of infrastructure for Mexico’s oil, natural gas, refined products and electricity sectors, as well as participate in the recently liberalized markets for these products and services.

Mr. De la Rosa stated: “We are very pleased to announce the launch of Avant Energy and our partnership with Riverstone, one of the world’s most experienced energy investors.” Mr. Williams noted: “We look forward to making meaningful contributions to the growth, reliability and efficiency of Mexico’s energy sector over the coming years.”

Riverstone Holdings LLC is an energy and power-focused private investment firm founded in 2000 by David M. Leuschen and Pierre F. Lapeyre, Jr. with over $34 billion of capital raised. Riverstone conducts buyout and growth capital investments in the exploration & production, midstream, oilfield services, power, and renewable sectors of the energy industry.

Avant Energy is a Mexican company focused on the development, construction and operation of infrastructure for the country’s oil, natural gas, refined products and electricity sectors, as well as on participation in the recently liberalized markets for these products and services.

The MediaSchool Group’s Acquisition of the IFC Group