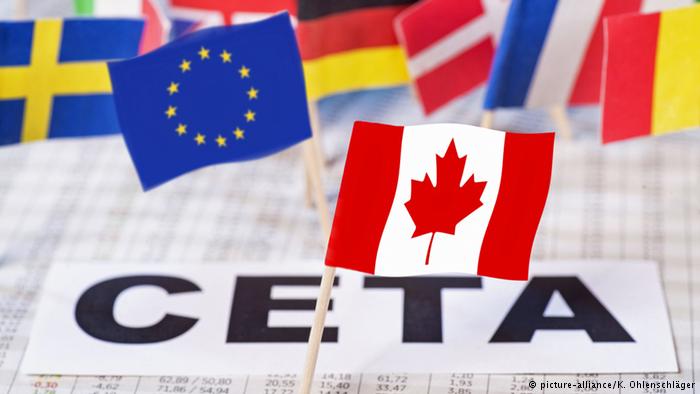 British producers of machinery, electrical equipment, automobiles, and pharmaceuticals will see import tariffs of up to 9.5% on their trade with Canada slashed after the European Parliament supported the EU-Canada free trade deal (known as CETA).

In addition to eliminating 99% of duties on imported British goods the agreement will ease the export of services and the access of British professionals to work in Canada.

The European Parliament approved on 15th February the Comprehensive Economic and Trade Agreement (CETA) between the EU and Canada by a vote of 408 ‘for’, 254 ‘against’ and 33 abstentions.

European Commission President Jean-Claude Juncker said: “The vote by the European Parliament is an important milestone in the democratic process of ratification of the agreement reached with Canada and it also allows for its provisional entry into force. As a result, EU companies and citizens will start to reap the benefits that the agreement offers as soon as possible.”

Britain exports goods worth £4.5 billion (2015) to Canada. The sectors with the largest exports are machinery and electrical equipment with £1.2 billion of goods sold in the Canadian market annually. These sectors employ more than 380,000 people in the UK and account for 16% of total EU exports to Canada. Although the average tariffs in these sectors have been relatively low, some products face tariff peaks of 9%. Apart from savings on customs duties, CETA will enable British companies to do away with the costs of double testing thanks to the provisions on recognition of conformity assessment certificates

The UK is also the EU’s second biggest exporter of motor vehicles to Canada, with £600 million worth annually, 15% of the EU total.and Canadian tariffs currently as high as 9.5% will be removed.

Furthermore, Britain exports to Canada £110 million worth of spirits, mainly whisky and gin. While whisky is tariff-free, gin faces specific tariffs of CAD 4.92 cents per litre of pure alcohol. For these spirits, tariff elimination is complemented by the removal of other trade barriers, including several ‘behind the border’ barriers that make it difficult for British exporters to access the Canadian market.

CETA includes also provisions to make it easier for British professionals to work in Canada (and vice versa) and to have their qualifications recognised. This is a big plus for companies that provide services such as after sales back-up for exported machines or software or make complex products – such as machinery – that require installation or maintenance.  This can be particularly beneficial for smaller and medium-sized firms, as they may not be able to provide permanent staff on the ground.

CETA also creates a framework for the recognition of professional qualifications for regulated sectors like architects and accountants.