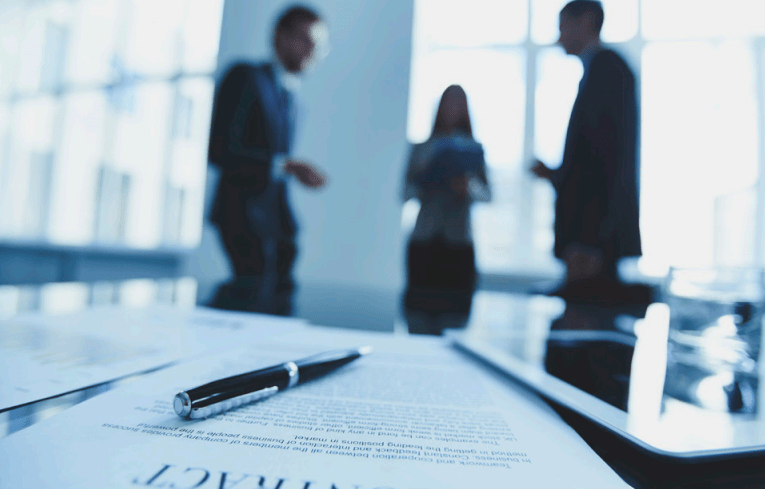 Lawyer Monthly speaks with Linky Trott, Partner at Edwin Coe LLP, who clarifies some uncertainties surrounding the UK’s recent holiday pay changes, and discusses the employment complexities involved in the use of social media. Linky also offers her expert advice on businesses needing guidance on this matter.
Following recent changes to holiday pay laws, what do you think are the main challenges that have yet to be answered? How do you think those challenges should be addressed?

There’s no doubt that there have been some seismic changes on the question of holiday pay over the last 24 months or so, and it’s not over yet. The issue sounds simple enough, how do you calculate how much you should pay an employee when they are on holiday? But of course, it’s never that straight forward and confusion and uncertainty remains following a series of cases on the point concerning commission payments, overtime and other allowances that an employer may pay its staff that were not usually paid during a holiday period.

What has always been clear is that where an employee works guaranteed overtime each week, any holiday pay should include a payment that represents basic weekly salary plus the loss of the guaranteed overtime. It is now also clear that this applies equally to nonmandatory overtime (which is where an employee is not guaranteed overtime each week but if they are requested by the employer to do overtime, they are required to do it) where it is part of their ‘normal remuneration’.
Likewise, it is clear that holiday pay should include a sum to represent commission that the employee would have earned had they not been on holiday, and other payments made which are ‘intrinsically linked’ to the performance of the role, such as a pilots flying allowances.

However, that is the end of the certainty. What remains uncertain and therefore challenging for employment lawyers and employers and employees alike is: should holiday pay include lost voluntary overtime? Should it include annual bonuses?

How regularly does such overtime have to be paid for it to be part of ‘normal remuneration’? How do you calculate ‘lost commission’ or overtime and over what period? What about seasonal fluctuations in activity where overtime may be greater in one particular part of the year; does a higher holiday pay taken during a period of high overtime represent a windfall for that employee, which was not intended? Does all of this only apply to the 4 weeks annual leave under the Working Time Directive (Euro Leave), or also to the 1.6 weeks of additional leave granted to UK workers by the Working Time Regulations 1998? If it’s just Euro Leave, which bits of holiday taken by an employee are the Euro Leave (the first 4 weeks holiday in the year)? But what about bank holidays? Which bits are the 1.6 weeks additional leave under the Working Time Regulations and/or any more holiday given under the contract of employment? If an employee wants to bring a claim for under payment, they can rely on a series of deductions, but if it only applies to Euro Leave, when is a ‘series’ broken in any one holiday year?
This is an issue that affects employees and workers alike (including interns but excluding true volunteers) and they need certainty as to their rights particularly now that they have to pay fees for the matter to be determined by an Employment Tribunal. Similarly, businesses need certainty as to their obligations to ensure they can plan and budget properly, and to ensure that they do not have the low level hum of potential claims on this issue. Clarity is needed.
It has been suggested by many commentators that this is one area ripe for reform as part of the EU Brexit implications. We shall have to see, but there is no doubt that these issues will have to be resolved and it would be unsatisfactory if that should only arise from a slow drip feed of cases addressing the uncertainty that remains in a piecemeal fashion.
Do you see social media taking a more prominent role in employment matters and if so, what risks and benefits are there for both employees and employers?

There is no doubt that employment related matters increasingly involve social media, whether it is unauthorised access to a company’s twitter account, bullying between employees over their Facebook wall, the use of social media profiles in recruitment or the posting of offensive remarks on platforms which go ‘viral’ and bring the employer into disrepute as a result. Statements and documents in Tribunal claims also now often include extracts from an employee’s social media use and increasingly, standard disclosure includes not only emails and texts but also snapchat messages.
It is also more common than not, in settlement agreements or contracts of employment, to see various provisions relating to the use of social media and what an employee is and is not required to do in relation to any social media use.

The one area that has yet to develop further, but is only a matter of time, is the impact of social media use (such as LinkedIn and other ‘networking’ platforms) in the arena of post termination restrictions and the protection of client relationships.
As far back as 2009, Manpower undertook a survey of employers and asked what they considered were the main benefits of social media within the workplace. The responses identified seven key areas for business: brand building, fostering collaboration and communications, as a way of recruiting new talent, improving employee engagement and driving innovation. But there is no doubt that it brings with it risks as well including: productivity loss, the disclosure of confidential information, risks to the protection of client relationships, protecting the reputation of the business, recruitment risks, and bullying and harassment issues.
What is your advice for businesses looking to prioritise these risks and act upon them?

Because of the prevalence of social media use, whether it is encouraged or permitted for business use or not, employers should undertake an audit of its use of social media and the use of social media amongst its staff, and then brainstorm what it considers is and what isn’t important before drafting a tailored social media policy to give guidance to the workforce within that framework of priorities.
It may be for example, that a business considers it more commercial to permit employees to connect with clients and foster closer relationships over social media accounts such as LinkedIn which are more often than not private rather than corporate, instead of retaining a line of sight and control over client lists and prohibit that conduct. Similarly, a business should think carefully about the risks of using social media during a recruitment exercise and for its own protection it may introduce procedures to reduce the risk of a discrimination claim if someone is not selected for a role (for example, by identifying the remit of information sought from any social media profile and asking another member of staff to undertake the search and pass over to the selection panel only that information that has been identified as having any relevance to the role). This ‘social media brainstorm’ should also include an understanding of who has passwords and access to the business’ social media portals and how that access is protected.

Any social media use and monitoring policy should set out the ground rules and it should be as much about informing employees of risks and increasing awareness and understanding as it is about prescribing use and policing breaches. A good policy for example, will remind employees about: adjusting privacy settings, that referencing a project or client or colleague may be a breach of their confidentiality obligations or data protection entitlements, that there is a disjunct between what feels private and what is in fact private, and that once it is out there, the employee loses all control of the extent to which it is then disseminated to a wider audience.

The secret is to understand what is happening within the organisation in relation to social media and exercising some control over those elements of its use that are important for the business.

I have heard talk of a proposal to reintroduce the rather historic cap on the compensation that can be awarded by Employment Tribunals for discrimination claims, in the same way that there is a limit on the compensation for standard unfair dismissal claims. Whilst as an employment law practitioner I may be accused of being rather self-serving, in my view this would be a prejudicial step backwards in the development of workplace equality. As it is, there is a great deal of discrimination which remains within the workplace and the threat of unlimited compensation plays a vital role in shaping behaviours for the better, as well as providing properly for those who are affected by discrimination.

Whilst I am sure there is little sympathy for senior executives earning large sums in our biggest corporations, the fact is that with the cap on unfair dismissal compensation, in reality, there is no such thing as employment protection for those individuals against unfair dismissal. No doubt some will say that that does not matter much because they have in the past earned large sums, but if a cap on compensation for discrimination is introduced for such claims, for those employers that can afford it, there is no reason why the Equality Act 2010 will become increasingly meaningless.

How To Speak To Your Company About An Employee Rights Issue

6 Reasons Why You Could Lose Your Nursing Licence