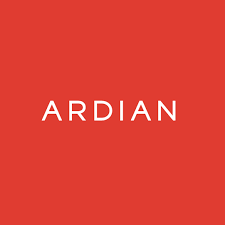 Ardian, the independent private investment company, recently announced that it has entered into exclusive negotiations with Azulis Capital to buy a majority stake in the Lagarrigue Group. Lagarrigue is a leading manufacturer of orthopedic equipment in France. The management team will increase its stake, alongside Ardian.

Lagarrigue specializes in the design and tailor-made manufacturing of major orthopedic equipment, such as prosthetics and orthotics, for patients suffering from permanent or temporary disability. Founded in 1976 and led by Alain Montean, President, and Jean-Pierre Mahé, Managing Director, the Group has 33 agencies in France and employs more than 400 people. In 2016, the Group should achieve a turnover of more than €50 million.

Alain Montean and Jean-Pierre Mahé, respectively President and Managing Director of Lagarrigue, said: “After five years of strong growth thanks to constant support from Azulis, we needed a new strong partner to pursue our ambitious development strategy. With Ardian, we will benefit from the expertise and international network to enter into a new phase of development.”

Marie Arnaud-Battandier, Managing Director Ardian Expansion France, added: “Lagarrigue’s success is primarily due to the quality of its team, the performance of its agency network and the know-how the company has developed on this leading offer. There are numerous opportunities in this highly fragmented market and we look forward to supporting this company to continue its development, both in France and abroad, thanks to the support of Ardian’s resources and network.”

This will be the third acquisition completed by Ardian Expansion Fund IV, which closed in June.