Wife Implores UN to Speak Up for Imprisoned Chinese Dissident 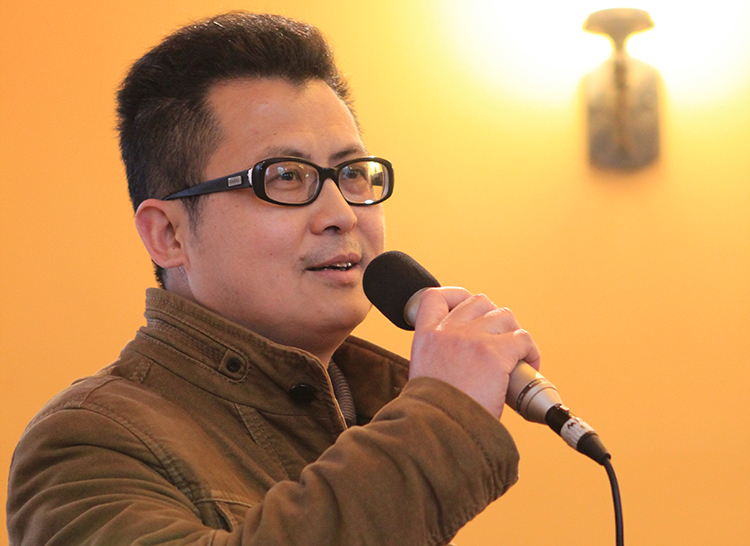 The wife of an imprisoned Chinese dissident has called on the international community to urge China to allow her husband to receive life-saving medical treatment.

Writer and ‘barefoot lawyer’ Guo Feixiong (Yang Maodong) had been active in a range of pro-democracy and anti-corruption campaigns and had called for the Chinese Government to meet the standards for civil and political rights set by international law. As a result he has been locked up for almost three years, charged with the absurd crimes of ‘gathering a crowd to disturb public order’ and ‘picking quarrels and stirring up trouble’.

In a statement delivered to the UN Human Rights Council today, Yang’s wife, Zhang Qing, explained that when her husband fell ill earlier this year he was refused independent medical attention.

‘This is a life and death situation. At this time, I believe international awareness and attention can save his life. This case is so bad and representative, but it is only one case. Over the past few years, there have been so many human rights abuses in China,’ said Ms Qing.

Like many Chinese human rights defenders in prison, Mr Zang is at particular risk of poor medical care and inhumane or degrading treatment. Initially Mr Zang was told he would only be taken to the hospital if he lost consciousness. When he was eventually seen by a doctor – an employee of the prison – he was subject to a forced rectal exam which was filmed and the guards said they would post the video online.

Sarah M Brooks, the Asia programme manager at the International Service for Human Rights (ISHR) who delivered the statement to the Human Rights Council, said that Ms Zhang’s frustrations with the opaque Chinese legal system are common and that increasingly seeking the influence of the international community is a last resort for victims and their families looking for justice in China.

‘Sadly, Guo Feixiong’s experience of being locked up simply because of his work to defend human rights, even where the government has agreed to those respect those rights, is not an isolated one,’ said Ms Brooks.

Ms Brooks said the use of the Council as a forum for raising incidents of human rights violations in China and elsewhere will continue as long as domestic systems fail to provide for transparency, accountability and justice.

‘If China is truly serious about deepening its engagement with the UN, it cannot pick and choose to engage only when it suits it. Its efforts to support development and peace and security, needs to be matched by more tolerance of critical voices and more commitment to open and frank discussions about its own human rights record,’ said Ms Brooks.

Mr Yang has been on a hunger strike for over six weeks in protest of his treatment.

You can read the full statement delivered at the 32nd session of the Human Rights Council in Geneva here.