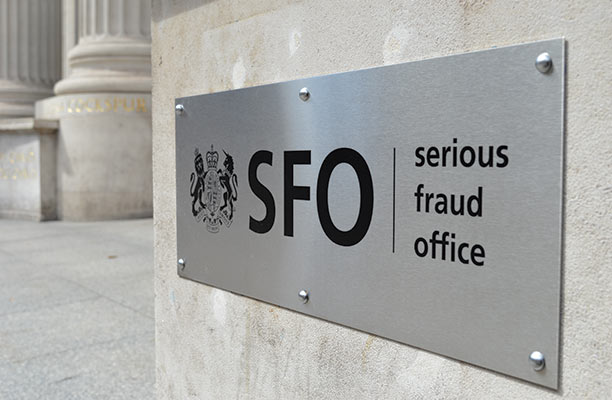 McKenzie (the Claimant), who was the subject of an investigation by the SFO, was arrested at Heathrow airport in June 2015 on suspicion of conspiracy to commit an offence contrary the Bribery Act 2010.

The SFO subsequently seized the Claimant’s electronic devices (which contained a large number of electronic documents) including; a USB, a Gold iPhone, a Samsung mobile and a Dell laptop.

Pursuant to the seizure, the Claimant asserted that each of the devices contained documents over which he was entitled to claim legal professional privilege (LPP). Whilst items that are subject to LPP cannot be seized by an investigative authority such as the SFO, s50 and s51 of the Criminal Justice and Police Act 2001 authorises the seizure of such devices suspected to contain LPP material where it is not reasonably practicable to separate the LPP from the non-LPP material contained on the device.

The SFO proposed to deal with this in accordance with its Operational Handbook. Currently, the SFO Operational Handbook stipulates that all retrieved information be processed by in-house technical experts by agreeing search terms with the defendants, which are then applied, so as to enable the isolation of a pool of potential LPP documents which could then be reviewed by independent counsel.

The Claimant issued an application for permission to apply for judicial review of the procedure for dealing with material potentially subject to LPP as set out in the Operational Handbook. McKenzie submitted that the approach of the SFO gives rise to a risk that the SFO’s investigative team could gain access to LPP material, however the High Court disagreed. It held that that the SFO’s use of in-house technical experts to isolate material potentially subject to LPP was lawful and that it did not therefore need rely on external contractors to do this work.

In his Judgment, Justice Burnett of the Divisional Court held that the “no real risk” test laid down in by the House of Lords in Bolkiah v KPMG [1999] 2 AC 222 was inapplicable since it was “…inappropriate to equate a public body exercising statutory powers in connection with suspected crime with a solicitor who proposes to act against his former client.” The scope of the duty upon a seizing authority was instead “to devise and operate a system to isolate potential LPP material from bulk material lawfully in its possession, which can reasonably be expected to ensure that such material will not be read by members of the investigative team before it has been reviewed by an independent lawyer to establish whether privilege exists.”

Justice Burnett stated: “In my judgment, the procedures set out in the SFO Handbook are not inconsistent with the 2013 Guidelines [Attorney General’s Supplementary Guidelines on Digitally Stored Material (2011) which appear as an Annex to the 2013 Guidelines on Disclosure].” In his conclusion in paragraph 41 of the Judgment, Justice Burnett further stated: “The procedure set out in the SFO’s Handbook for isolating material potentially subject to LPP, for the purpose of making it available to an independent lawyer for review, is lawful. Whilst I would grant permission to apply for judicial review I would dismiss the claim.”

The McKenzie ruling was interpreted by the SFO as a ‘landmark High Court ruling’, but in reality, the Divisional Court did no more than uphold the status quo, confirming the legality of the SFO’s existing procedures for isolating material potentially subject to LPP, for the purpose of making it available to an independent lawyer for review. However, the court did emphasise the duty of investigating agencies such as the SFO to “have procedures in place which are intended to prevent investigators reading LPP material and which make it very unlikely that they will do so.”

In summary, there should be clear procedural guidance should a member of an investigating team read material subject to LPP: the fact should be recorded, potential conflict should be recognised and steps should be taken to prevent privileged information from being used in the investigation. In some cases, this may require the removal of the relevant investigator.

Whilst the ruling was in favour of the SFO, its significance is to clarify the form and nature of the burden imposed on investigating authorities and their approach to LPP.