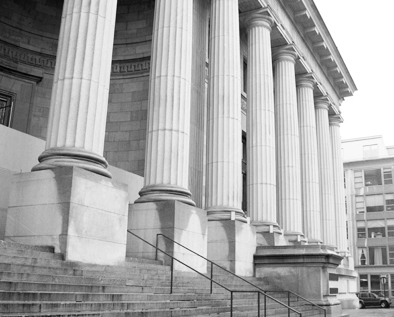 The European Union’s competition commissioner continues to take on industrial Goliaths, part of a renewed EU push to keep the continent’s markets open and competitive for Davids to thrive as well. Commissioner Margarethe Vestager’s focus on American technology giants, such as Google and Qualcomm, and other stalwarts like McDonald’s, has drawn accusations of an anti-U.S. bias.  But she has also courted political peril by targeting Russia’s Gazprom, and taken aim at European ethanol producers, continental utility companies, and French fiscal policies. There is no question that so-called dominant companies have been in the commission’s spotlight, according to Morrison & Foerster antitrust partner Tom McQuail, and here, he tells us more.

Q: Why do you feel the Competition Commissioner is making such a determined attack on so-called ‘dominant’ companies at the moment? What do you think was the catalyst for such action?

Margrethe Vestager, the Competition Commissioner, made a very public statement of intent by bringing abuse of dominance cases against Google, Gazprom and Qualcomm.  She wants companies to know that she is not afraid to use the Commission’s considerable powers of enforcement, even in highly politicized cases.  Her decision to announce the Google Shopping Statement of Objections in Washington DC in April 2015 was almost provocative – the US authorities had not brought an equivalent case in the US.

In some ways, the Commissioner was in the right place at the right time.  The cases were already before the Commission and are in sectors that are considered strategically important.  The Google and (to a lesser extent) Qualcomm cases can be seen as logical cases in the context of the Commission’s overall Digital Single Market strategy.  Likewise, the Gazprom investigation reflects broader Commission concerns in relation to energy policy.

Q: How long is this effort likely to last?

The Commission has limited resources so its ability to take new cases will largely depend on how the current investigations unfold.  If these investigations become bogged down, as they often do in complex cases, the Commission may be reluctant or unable to take on new cases.

The competition authorities in the 28 EU Member States also enforce abuse of dominance rules at national level.  For example, Orange was fined €350 million in France in December 2015 for hindering competition in the markets for telecommunications services for businesses.

Q: What do you predict will be the impact on business in the long run? Will it give smaller companies the chance to bloom?

Complex abuse of dominance investigations often take several years from the initial complaint.  By the time Commission Decisions are made, the markets and technology have often moved on.  Companies most affected by the alleged abuse may well no longer be around to benefit from the Decision.

That said, the high profile of these abuse of dominance cases may affect the commercial behaviour of potentially dominant companies who will not want to be embroiled in a long and complex investigation.

Q: Do you think the Commission will seek settlements with defendants or push for rulings that impose fines?

The Commission often prefers to settle abuse of dominance cases if it can obtain acceptable binding commitments from the defendants, for example, the recent commitments by Bulgarian Energy Holding to open up the Bulgarian wholesale electricity market).  Settlements enable the Commission to change how the dominant company conducts business in the market (and set a precedent that will apply in equivalent cases).  The Commission may also prefer a settlement rather than issuing a Decision which is likely to be challenged before the European Courts.  However, finding an acceptable settlement can be very difficult especially where there are strong organised complainants (as is the case in the Google investigation).

Q: Is there anything else you’d like to add?

For more stories like this please view the latest magazine http://www.lawyer-monthly.com/magazine-lm/