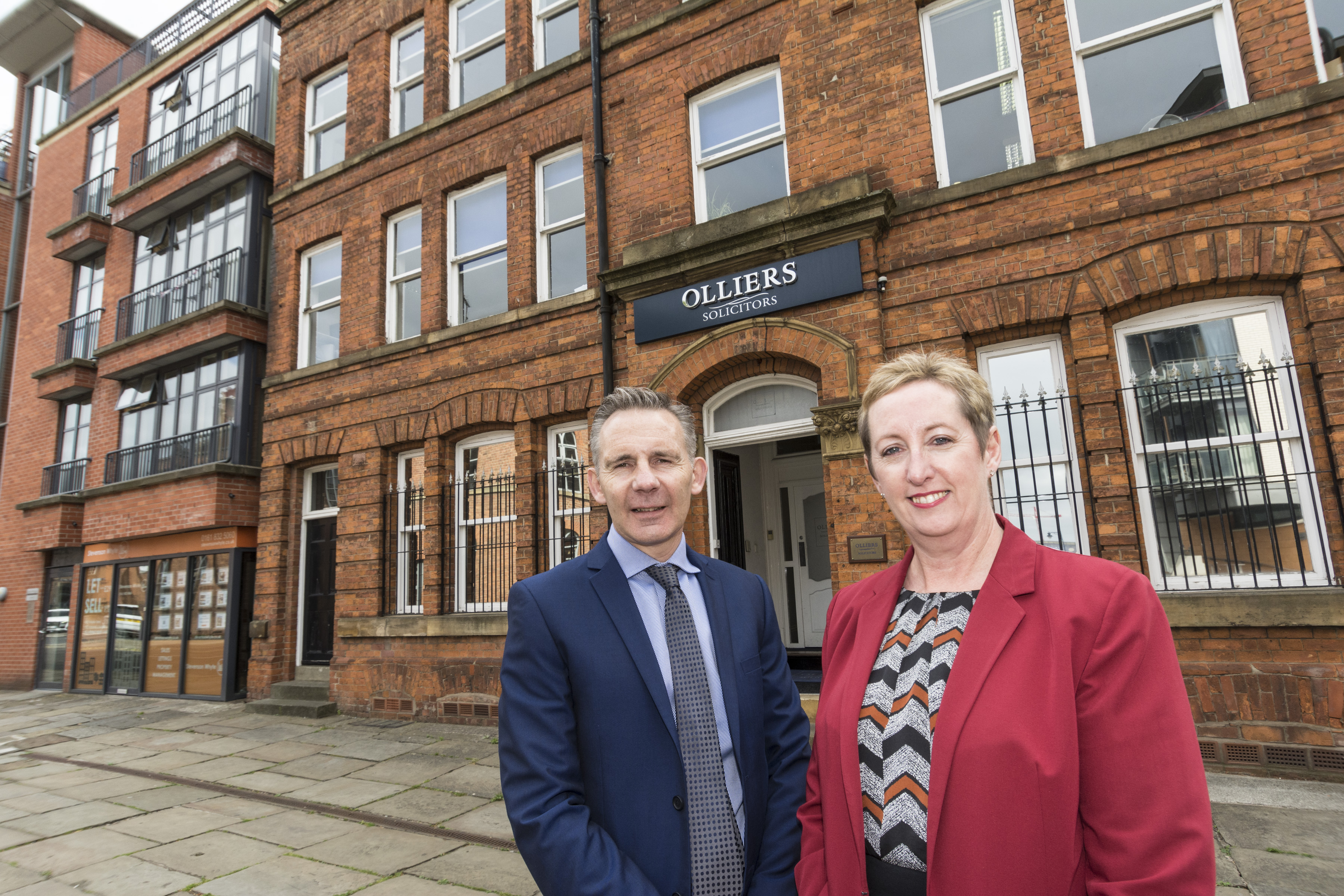 One of the Manchester’s leading criminal defence law firms has grown its staff by 13 per cent over the past year, and plans to increase its workforce further with the support of a £75,000 overdraft facility from Lloyds Bank Commercial Banking.

Crime specialist Olliers Solicitors, based in Manchester city centre, has continued to grow over recent years, taking on a number of high-profile cases. The practice, which turned over more than £2 million last year, was acquired by Matthew Claughton and David Abbott in 1995 and now has a headcount of 35.

With the support of the five figure overdraft, which it received in April, it now plans to increase staff levels further by investing in specialist regulatory and inquest law solicitors and expanding its services.

The firm, which expects a turnover of £2.5 million this year, has seen such demand in the last 12 months that it has already paid back £40,000 of the short-term funding.

Matthew won Manchester Legal Awards Partner of the Year in March and was commended by the judges for recruiting key players, his personal case load and his proactive approach to securingnew clients.

Matthew Claughton, partner at Olliers Solicitors, said: “This year we’ve experienced phenomenal growth and increased the number of cases on our books. Although criminal law is an increasingly competitive industry, we’ve worked hard to raise the profile of Olliers, and have invested in top candidates to meet demand and offer more specialist services.

“Olliers has been with Lloyds Bank since 1965, even before we acquired it, and it has been there throughout the years to support the business’ vision. The new overdraft facility has meant that we have the opportunity to invest in key players when they become available on the market.”

“At Lloyds Bank, we are able to tailor funding to suit the individual needs of a business. That’s why as part of our 2015 SME Charter the bank will be lending an additional £1 billion this year to help small and medium firms across the UK to prosper.”

Olliers is currently ranked as a Top Tier Crime/Fraud Firm in both the Legal 500 2014 and Chambers Guide 2015.